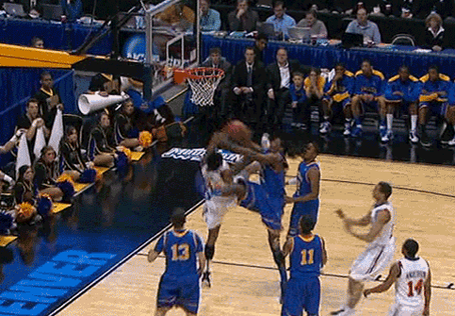 Morehead State needed a spark in its third-round NCAA Tournament game against Richmond. Down by nine points early, the Eagles had to get something going. Thankfully, they have Kenneth Faried on the team.

Much like he did to end the Louisville victory, Faried gave the Eagles an epic blocked shot. This time, it was on Justin Harper, the Spiders' skilled, rangy forward. Harper took the ball on the left wing on the break, and went to the rim, where Faried met him, stuffed his shot and sent him flying to the floor. It looked like a foul at first glance, until you watched the replay and realized that it was simply the force of Faried's arm that pulled Harper to the ground.

Harper's no skinny bean either, so this block was particularly impressive. So far, it hasn't resulted in a Morehead State lead, but it did prove the one thing that the Eagles have proved all tournament. If you have Kenneth Faried on your team, you are immediately awesome.

(GIF below the jump via Mocksession. Photos via screenshot) 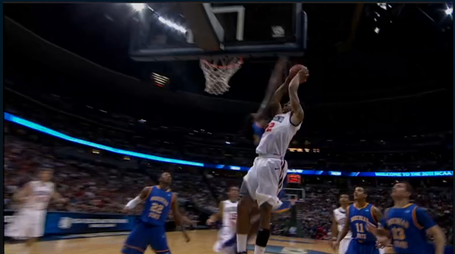 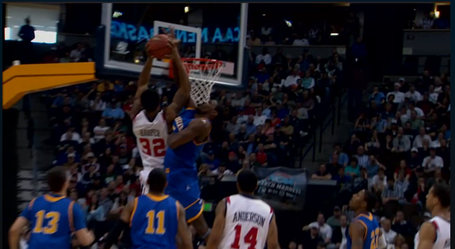 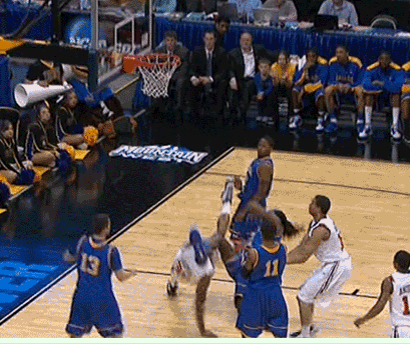