The Sweet 16 Is Set, But Where Are The Bracket's Big East Teams?

After landing more teams in the NCAA Tournament than any conference in college basketball history, nine of the Big East's 11 teams will be watching the Sweet 16 at home. Why does this feel so satisfying for the rest of us?

Share All sharing options for: The Sweet 16 Is Set, But Where Are The Bracket's Big East Teams?

The first weekend of the 2011 NCAA Tournament is in the books, and with the Sweet 16 set, there's one question on everyone's mind: "Where are all the Big East teams?"

You know, the best hoops conference in America. The league that got an NCAA-record 11 teams into the March Madness field. The one with more talent at the middle than your favorite conference has at the top. The league where all the coaches dress like mob bosses. The hoops equivalent of New York City—if you can make it there, you can make it anywhere.

It's a concrete jungle out there. Or something.

Ah, yes. We're talking about the Big East! You know, the conference at the center of a nationwide roast on Monday morning. Of the 11 Big East teams that made it to March Madness, only two are left standing, and of the nine losses, five came to teams that were double-digit seeds.

Teams like Virginia Commonweatlh, Gonzaga, Morehead State, George Mason, and Butler all battled Big East juggernauts and walked away winners. It was an epic collapse, and nearly all-encompassing. Only UConn and Marquette survived the carnage. The question is, why does all this suffering make college basketball fans so damn HAPPY? 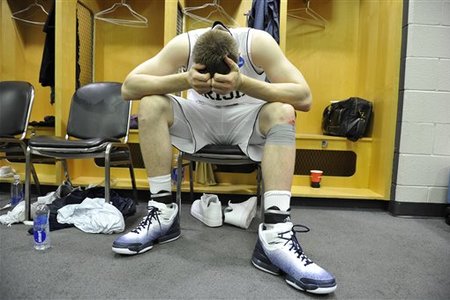 Umm... Because every single year, the college basketball media talks about the Big East like it's the toughest, most unforgiving league on the face of the earth. Whether it's because of all the New York media or the New York players that populate Big East rosters up and down the east coast, the New York City analogy is actually kind of perfect.

The same, condescending attitude you'll see from people that live in New York City when they talk about other cities, Big East fans have for other basketball conferences. Like, "You want to see what a REAL basketball league looks like? Look at the Big East."

It starts in the fall, when Big East football does its annual faceplant and fans sneer, "Whatever, how 'bout you guys save your jokes for basketball season." And... Hey now! It's basketball season! Guys? 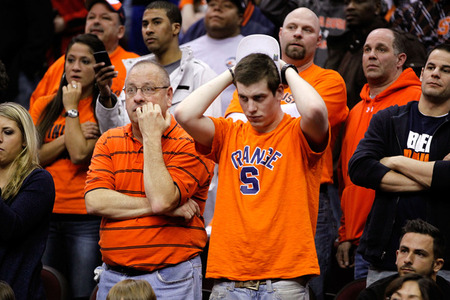 The Big East deserves it. It'd be one thing if everyone came out and admitted that yeah, it was probably a little ridiculous for the Big East to be getting 11 teams in the NCAA Tournament. Or if everyone conceded that for all the hype surrounding the league's top seeds (Pittsburgh, Syracuse, Louisville, Notre Dame, UConn) we really hadn't seen them beat anyone but each other. But even now, people still think this is just some fluke.

"The body of work that our schools created over the course of the year certainly overshadows what happens in the tournament," Big East Commissioner John Marinatto told the New York Times.

Or maybe he's right, and the tournament just forced us to focus on different elements of those bodies of work. Like when Kentucky beat Louisville and Notre Dame by double figures. Or how Pittsburgh lost to Tennessee and beat Texas by two points, but looked GREAT beating up on Duquense, Robert Morris, Penn, Illinois-Chicago, American, and the University of Maryland-Eastern Shore.

Ultimately, that's what makes the Big East collapse so cathartic. For the most part, the only big wins Big East teams had were against each other, and again, this is true every single year. But every single year, we have to hear about how, "top-to-bottom, nobody can contend with the Big East."

So yeah, it's pretty satisfying to see that Butler, George Mason, Virginia Commonwealth, and Morehead State can all contend with the Big East. While everyone sneered at the ACC all year, three of their four tournament teams are in the Sweet 16, and a fourth (Clemson) might have beaten another Big East team (West Virginia) if they'd hadn't lost their legs in the second half after the selection committee relegated them to a play-in game. But let's not get carried away... 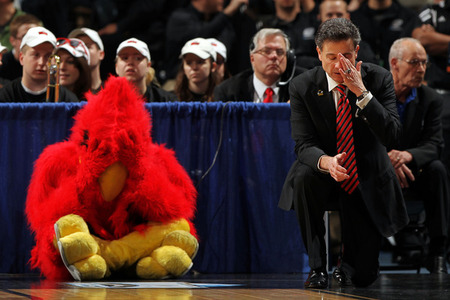 I'm as guilty as anyone for falling in love with the Big East. Sure, it was mostly because I was selfishly rooting for as many Pitino jokes as possible, but I had Louisville in my Final Four. But I'm not ready to blame myself for this one. Because you know how sometimes you'll hear a song so often, it gets stuck in your head no matter how much you hate it?

That's what happens with the Big East every year. Sort of like how Jay-Z and Alicia Keys made New York City sound like the coolest place on the planet, broadcasters and columnists spend so much time waxing poetic about how competitive the Big East is, "drama" masquerades as "dominance", and we forget we're talking about a league without many superstars. (But... but... Ben Hansbrough!)

Like, New York City's cool and the Big East is a good conference, but all due respect to Hov's hometown, New York is dirty and expensive and full of terrible people, and the Big East has some of the ugliest, most frustrating basketball in the whole country. It's like one, big series from the '90s Knicks and Heat. I guess that's "the best basketball around" to some people, but...

Well, okay. It's a rough day to be a Big East fan, so we won't continue this gloating forever. But just for the record, this isn't (totally) about kicking Big East groupies when their down. To some extent, the Big East collapse explains the brilliance of the tournament, in general.

It's a no-holds-barred, sink-or-swim, all-out war. Reputations and high-seeds will not save you, and favorites can get comfortable at their own risk. An unforgiving hoops jungle filled with fierce creatures and frightening cliches. Game-winners and Gusgasms. Coooooooooold blooooooooooded.

In other words, the NCAA Tournament is exactly what the Big East claims to be during the other 11 months of the year. A place where, if you don't get enough respect, you can earn it. And if you've gotten way too much respect? Well... Just ask the Big East what happens. 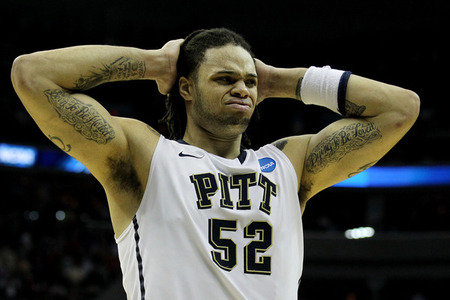