If Brad Stevens Leaves Butler Behind, Where Will He Go Next?

Share All sharing options for: If Brad Stevens Leaves Butler Behind, Where Will He Go Next? 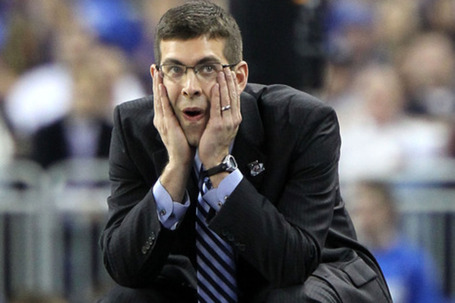 With Butler set to play in its second consecutive NCAA Championship game Monday night, there's been a lot of praise lavished on the school's 34 year-old head coach, Brad Stevens. And there are plenty of questions, too. Where did he come from? Where does he rank among the best coaches in college hoops?

And if Stevens can do all this with Butler's overmatched roster, what else could he do? 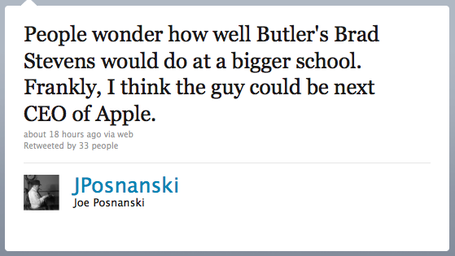 And sure, we could point and laugh at the hyperbole, but why not just go with the flow?

Stevens may have been underestimated after last year's miracle tournament run, but in 2011, he's proven it's no fluke, and likewise, America finally understands who we're dealing with. Not just a basketball coach; a basketball coach that used to work for a pharmaceutical company.

The question is, if Stevens decides to leave, where could he go? Clearly, at 34 years-old, this is a guy that's destined for big things. But how big? Let's look at the options...

Option No. 1: Brad Stevens leaves Butler, takes over at NC State, owns college basketball for the next 25 years. This seems like the most logical step should Stevens ever leave Butler. With the budget of a big time athletic program, a bigger recruiting base, and an increased profile, the sky is the limit for Brad Stevens. It may not happen in 2011, but if Brad Stevens ever leaves Butler, the world of college basketball had better be afraid. Be afraid, Coach K. BE VERY AFRAID.

Option No. 2: Brad Stevens finally finishes mapping the human genome. You probably don't understand what this means, but that's why you're not Brad Stevens. You look at this photo and see a children's toy. 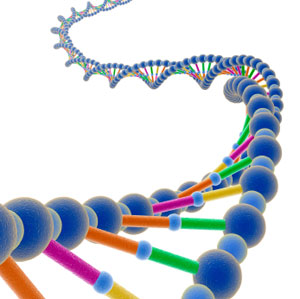 Brad sees a brighter future for the human race, and a cure for your grandma's Alzheimers.

Option No. 3: Brad Stevens could save our economy. He lacks foreign policy experience, yes, but his defensive strategies have been at Butler have been as varied as they are unimpeachable. A bi-partisan candidate with a blue collar work ethic and a boyish appeal, Stevens will run for President in 2020, win, and get straight to trimming the fat in Washington. Just think about it: Butler wins because they find a way to slow the game down, and make the most of each possession.

The key is efficiency.

And you know what's not very efficient? The United States government. I'm not saying Brad Stevens would be the best president in this country's history, but it takes an outsider to see the forest from the trees, and Stevens can see just fine through those wire frames. 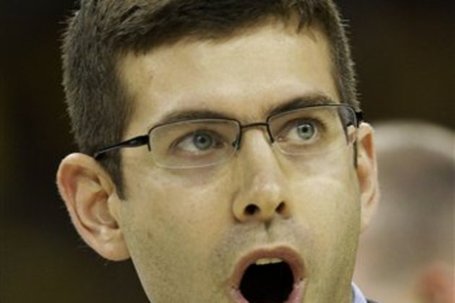 Option No. 4: Brad Stevens will be the next Apple CEO. As our friend Joe Posnanski suggested, Brad Stevens would be the perfect candidate to take over for Steve Jobs in a few years. Admittedly, America's already completely addicted to Apple technology, making the CEO role so incredibly easy, even Jim Calhoun could figure it out. The only challenge comes down to convincing everyone how smart you are, and in that department, who's more qualified than Brad Stevens?

Option No. 5: Brad Stevens lets the fame get to him, goes on a self-destructive bender that lasts for the better part of a decade, leaves a trail of chaos throughout backwoods Indiana, and ends with an appearance on Lopez Tonight in 2019. They say Brad Stevens is college coaching's biggest rockstar right now, huh? Well why don't you ask Ozzy how this story ends?