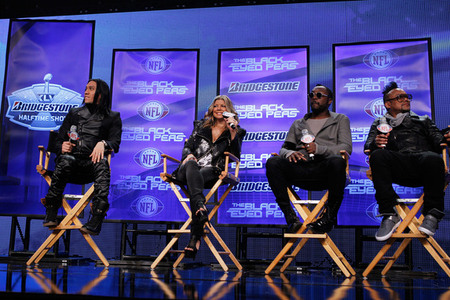 The questions during the media event were odd, to say the least. Fergie was asked: At what point in the day do you feel hottest? She didn't quite understand the question at first -- it is a weird question -- but responded with, "At the time when I'm working up a sweat."

Will.I.Am also announced that he will be tweeting during the show. Yep, tweeting. I'm not sure how, logistically, this will get done but follow his Twitter account during the show here.