The Green Bay Packers celebrated their win in Super Bowl XLV Monday afternoon with their fans at Lambeau Field. Billed as the "Return to Titletown" ceremony, the event took place in a stationary facility instead of the more traditional victory parade. How far could a victory parade in Green Bay really travel, anyway?

Front office personnel, the coaching staff, ownership, local politicians, and of course players got to say a few words about their experiences this season. It was nice, but you just want to see a shirtless offensive lineman giddily romping through the snow. So here's that.

Jason Spitz is a man who lets nothing come between himself and victory: 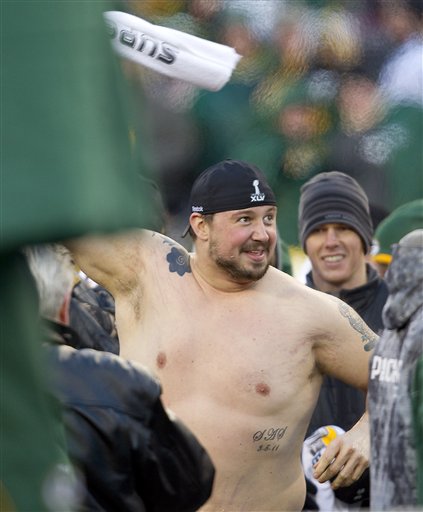 Aaron Rodgers' entrance was a pretty crowd-pleasing moment, believe it or not: 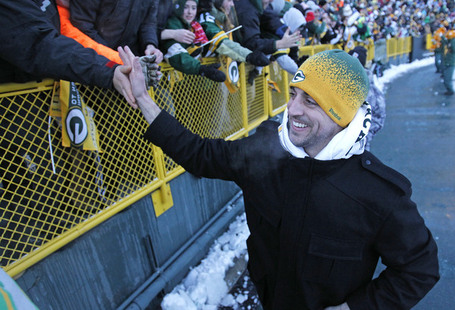 Clay Matthews never stops looking like a pro wrestler, and at this point I don't really think he's even trying: 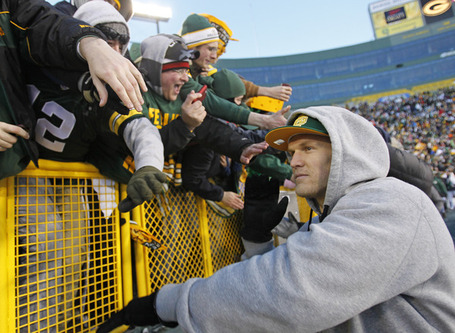 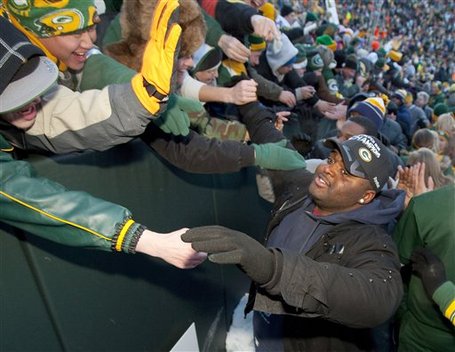 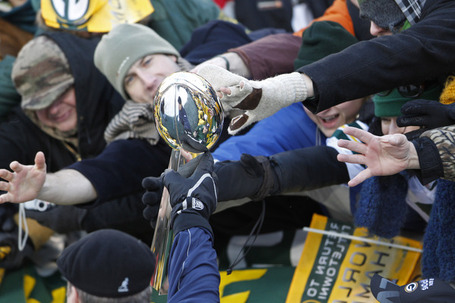 Donald Driver got one of the biggest ovations of the entire event, appearing on stage in a walking boot and blowing kisses to the crowd: 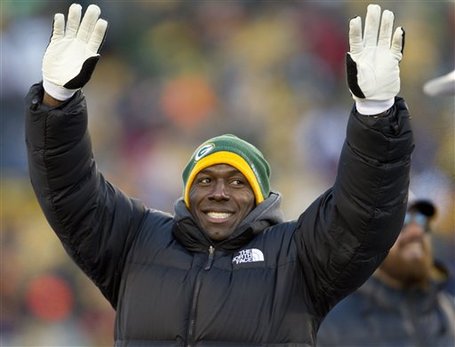 Charles Woodson is injured, but Dom Capers appears to be the one in pain: 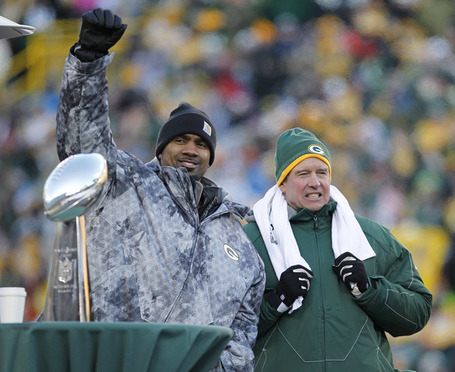 Nick Collins, who returned an interception for a touchdown early in the Super Bowl, waves a Packers towel to the crowd: 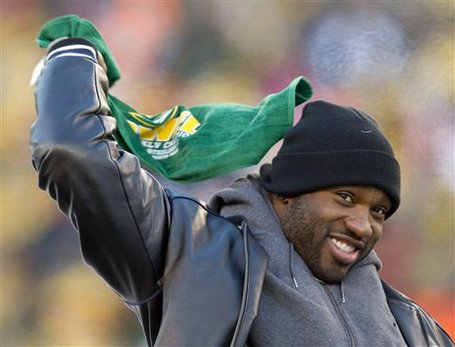 And of course the quarterback gets the last word: 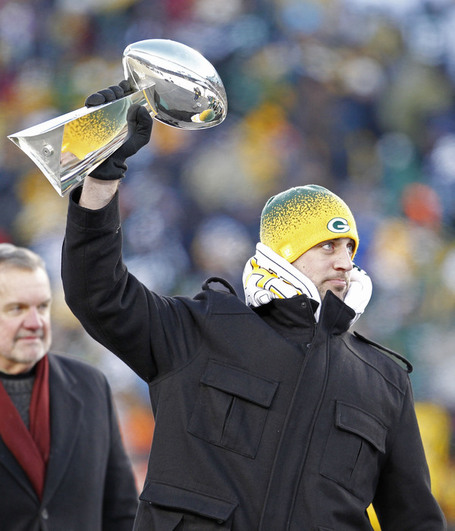