Buster Posey's Injury Will Sideline Catcher 4-6 Months, But He Could Return For Playoffs

Now that we know what Buster Posey's injuries are, SB Nation's medical expert, Dr. Ali Mohamadi, details what procedures the catcher will undergo and how long he will likely be sidelined.

Share All sharing options for: Buster Posey's Injury Will Sideline Catcher 4-6 Months, But He Could Return For Playoffs

At first glance, Wednesday night's images of Buster Posey writhing in pain after a home plate collision with the Marlins' Scott Cousins were enough to convince many the San Francisco Giants catcher's season had come to an abrupt end. After all, the human ankle isn't supposed to bend like that. (Watch the collision.)

Thursday's preliminary MRI results of Posey's left knee, lower leg, and ankle, however, leave a glimmer of hope that the Giant backstop's season may not have ended after all. Rather than sustaining damage to the ligaments of the knee,  the injury was limited to the ankle joint, making the road to recovery a little easier overall.

The tibia, fibula, and talus bones make up the ankle joint. These three bones are bound together by the joint capsule and surrounding ligaments. Due to the force and torque applied to his leg upon impact, Posey suffered a fractured left fibula and severe sprains of the medial, lateral, and syndesmotic ligaments. 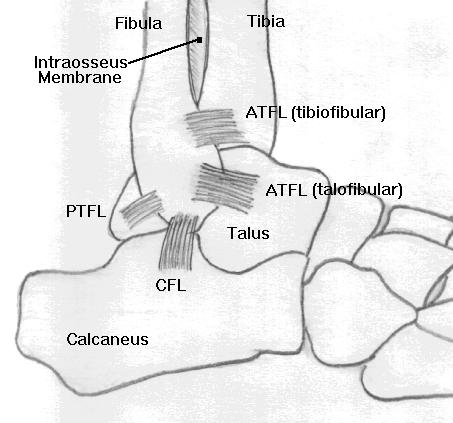 Speaking to the press on Thursday afternoon, Giants trainer Dave Groeschner expressed most concern regarding the severity of the injuries to the ankle ligaments. This makes sense, because an uncomplicated fibula fracture heals within a matter of weeks without major setbacks. However, depending on the degree and location of the injury, ankle sprains can cause significant instability of the joint, making recovery potentially complicated and protracted.

The severity of and prognosis for recovery from ankle sprains are often a source of confusion, primarily due to confusion over what exactly the different "grades" of sprains actually mean. In brief:

By all indications, and in particular because Groeschner used the dreaded "S-word" (surgery), one would assume Posey has most likely suffered Grade 3 sprains of the involved ankle ligaments. Of the ligaments involved, tears of the syndesmotic ligaments -- a collection of four ligaments near the top of the ankle joint -- are most likely to require surgical repair. 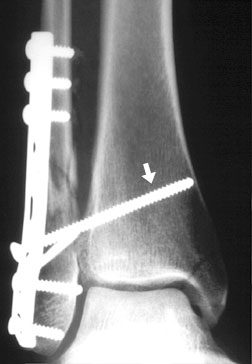 If indeed Posey requires surgical repair of the affected ligaments, typically the procedure would be followed by cast immobilization for 6-8 weeks and then partial weight bearing for an additional 3-4 weeks. After immobilization, traditional therapy can be started focusing initially on improving the range of motion of the ankle followed by strengthening exercises, and balance training. Screws are often removed at 3 months following surgery, with recovery taking between 4-6 months, total.

If Posey is able to recover without any setbacks, he could potentially be back on the field for another Giants playoff run. But at what position? Given the physically demanding nature of the catcher position, one would guess that Posey would be likely to start off at first base, where he has logged significant innings over the past two seasons. However, there is precedent among catchers who have suffered severe ankle injuries resuming duties behind the plate. Perhaps most notably, Jason Kendall suffered a gruesome ankle injury while with the Pirates in 1999, which included fractures, dislocations, and tears of multiple bones and ligaments. Yet he has continued to field the position every season since then (although shelved thus far in 2011 due to a shoulder injury).

So based on Thursday's MRIs, San Francisco holds out hope that Buster Posey could return to the field by the end of the 2011 season. Whether or not he plays catcher again -- for this season and beyond -- may ultimately be a question of whether the Giants choose to expose him to the rigors of the position rather than if he'll be physically able to do so.

Ali Mohamadi, M.D., is an endocrinologist with a private practice in the D.C.-area. The former sports editor for the Yale student newspaper, Mohamadi joins SB Nation to combine his love of sports with his medical expertise.