The 137th running of the Kentucky Derby will take place this Saturday, and you probably don't know anything about any of the horses. We are here to help. Today's contender is Master of Hounds.

Name: Master of Hounds. I say, you will not find a classier name find in this Derby. Welcome to Master of Hounds' estate. Please, never mind Buxley. He is simply tasting the wine to ensure it's not gone round the bend. Nothing sadder than a corked Burgundy, is there Buxley? 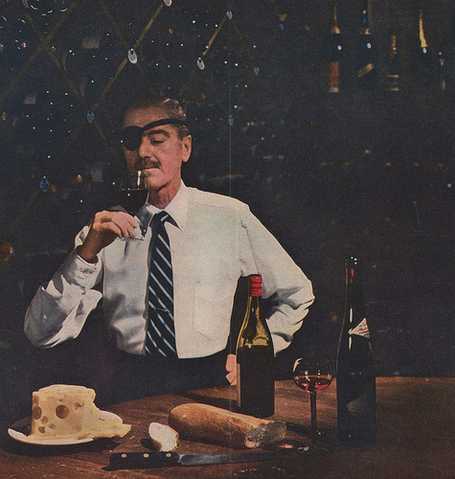 He lost an eye in the service. Master of Hounds would tell you how, but Her Majesty requests his silence on the matter, and his by extension, as he was brought into the Crown's confidences late one night after several bottles of that very wine. Master of Hounds is a horse of his word, and will remain so.

Description: Oh, he is not of the common clay, and certainly did not come from your plebeian American ranks to soil his hooves with the filth of Churchill Downs dirt to lose. A grandson of the illustrious Mr. Prospector, he has the burdens the elites always feel when confronted with their predecessors, as ten of Mr. Prospector's progeny of varying degrees of relation have gone on to win the Derby. (Mr. Prospector had the misfortune to run his Derby in the same year as Secretariat.) (P.S. Sorry about that. Sincerely, Cruel Fate.)

He is also, like many aristocrats, a cosmopolitan underachiever. With no major wins to his name, Master of Hounds has spent his youth toddling about the racetracks of Ireland, Dubai, and England, finishing in the top three several times but never threatening for a win. He will also be racing his first race on dirt, and you know how nobles are about actually getting their hooves dirty.

Nevertheless, his pedigree and freshly polished monocle will undoubtedly draw some significant betting come post time, and his freshly pressed tuxedos and impeccable table manners will undoubtedly draw the fillies at the post-race festivities. Remember that, peasants: even in defeat, he will still be nobility, and that is something you can never take from him.The odds are not good at the moment, but nobles are used to being singular cases. That said, more cheese and toast points, Buxley. Master of Hounds requires nourishment for maximum haughtiness.

Likes: Mustique in the winter. Richard Branson is such the gent, if a bit of a ruffian after a few drinks. The rustic but refined wines of the Italian Piedmont. The Real Housewives of Atlanta, because one must stay in touch with the common people, and he does find NeNe to be a compelling Medusa figure.

Dislikes: The Royals. Not even proper horsemen, if you ask him. The tragedy of the common people finding St. Barthes. The barbaric tax bracket he currently occupies in England. Anarchists. Kim Zolciak, since he has seen superior wigs on Karl Lagerfeld's drag queens. Poor people. The savagery of being bumped down to business class.

Kentucky Derby 2011 Contenders: Get To Know Some Of The Field's Horses