Share All sharing options for: Baseball-Reference Sponsorships That Don't Look So Great Anymore

I have gone through every individual page relevant to the 2011 baseball season and pulled out the worst-looking sponsorships. Below, my findings. 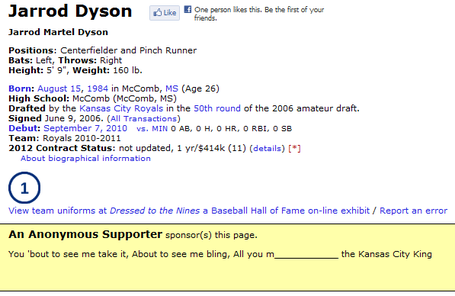 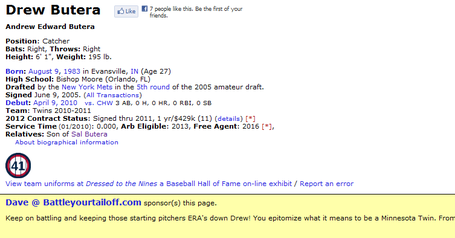 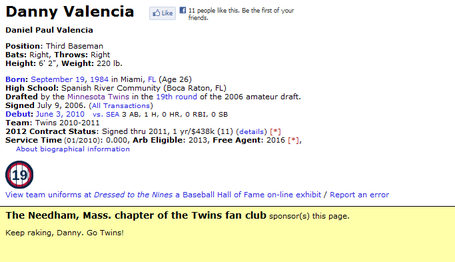 Danny Valencia has a .630 OPS. He might rake. He doesn't hit though. 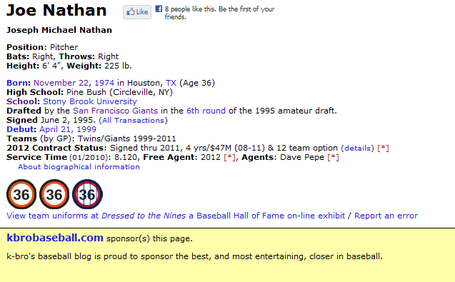 I probably should've come up with a designated Minnesota Twins section. They're dominating this post. 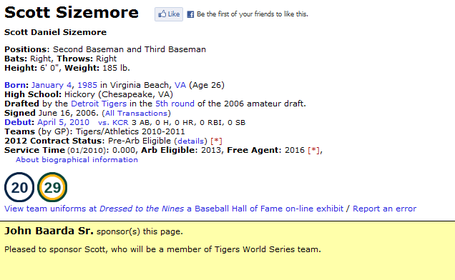 Well I guess it's not impossible. 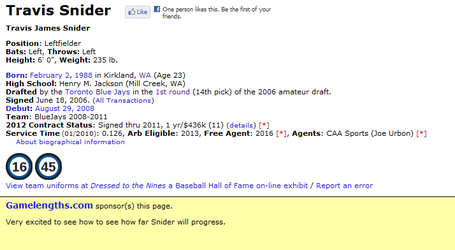 On April 28, Travis Snider had a .540 OPS, so he was demoted to triple-A. In triple-A, he's posted a lower OPS than Dewayne Wise. The other day he got hit in the head and sustained a concussion. On Tuesday, June 21, he has progressed all the way to the neurologist's office. 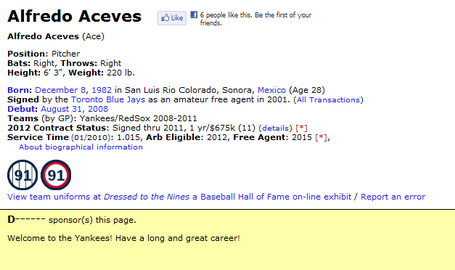 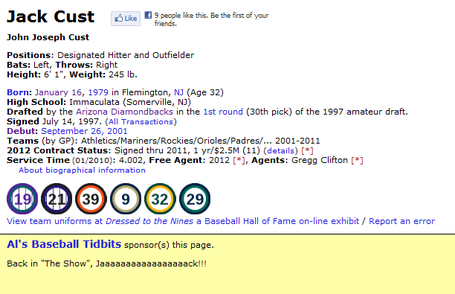 There's nothing necessarily wrong with this sponsorship right now, but as a Mariners fan I get the sense that it won't be accurate much longer.

Velocity's down, control's worse, and though Cahill's most recent start was a good one, he's fresh off such an ugly stretch that one has to wonder if something's wrong. 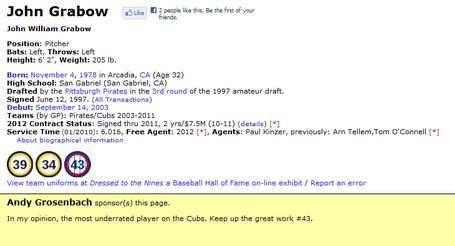 John Grabow has a 5.04 ERA and has averaged one strikeout every two innings. If John Grabow is the most underrated player on the Cubs, then no wonder they're terrible.