Following the announcement on Selection Sunday of the pairings and brackets for the 2012 NCAA Tournament, the selection committee revealed the overall seeding of the teams. You can see the rankings in the photos below.

The top four selections represent the No. 1 seeds in the four regional brackets. No. 1 overall is the Kentucky Wildcats, followed by the Syracuse Orange, the North Carolina Tar Heels and the Michigan St. Spartans. 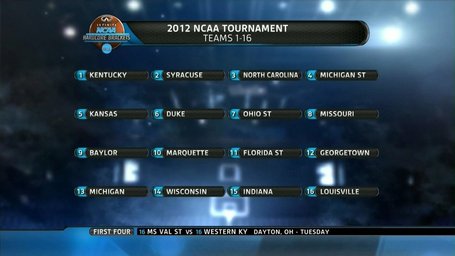 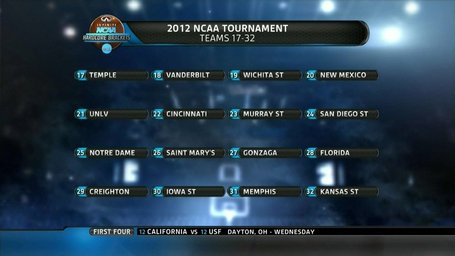 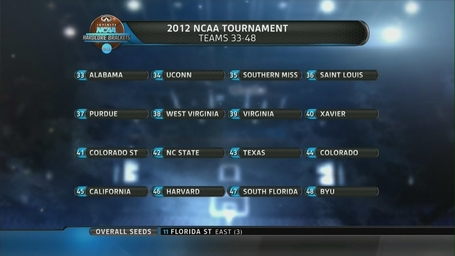 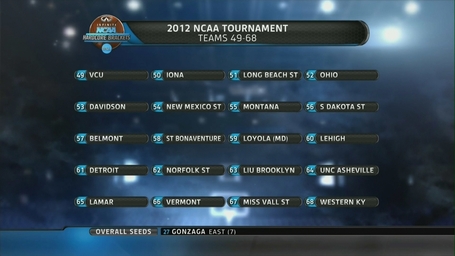 The final teams to be included as at-large selections were California, South Florida, Iona and BYU. The first four out are Oral Roberts, Miami, Nevada and Drexel, all four teams just missing the cut.

Brackets on the brain? Us too! Play Yahoo! Tourney Pick'em and be a part of the craziest month of college basketball. It is fun, easy, and free.