Super Bowl Recipes, Indianapolis Style: How To Applebee's It Up For The Big Game!

This year's Super Bowl will be held in Indianapolis, one of the most culture-rich cities in the world. Looking to treat your Super Bowl party guests to an Indy-style mayonnaise guacamole, or perhaps a refreshing milkarita? We have you covered with those recipes and more!

Share All sharing options for: Super Bowl Recipes, Indianapolis Style: How To Applebee's It Up For The Big Game!

The officials who award Super Bowl locations must really know their food. After all, Super Bowls have typically been hosted by cities with thriving culinary scenes, such as New Orleans and Miami. So it was only a matter of time before Indianapolis, Indiana, hosted its very own Super Bowl.

Indianapolis -- or "The City By The Land," as it's affectionately known -- is a town that knows its food. Those of you who are lucky enough to make it in town for the Super Bowl will be treated to a world-class dining scene that features: 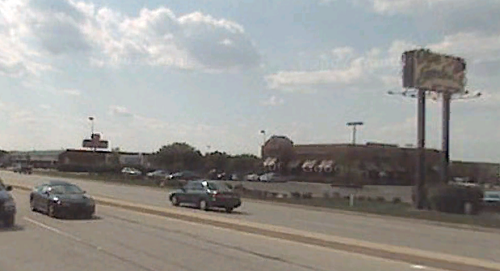 Not all of us can afford to make the trip to "Mashed Potatoes: The City," as it is affectionately known. But don't let that stop you from bringing some Indianapolis-style flair to your Super Bowl party! Here are some tips and recipes to get you started.

¡Ay caramba! Just like they always seem to do, Indianapolans have put their own spin on a Tex-Mex mainstay.

Microwave for 45 seconds to allow the mayonnaise flavor to scream. Present in a bowl or, if desired, a thermos. Great for dipping oyster crackers into. Caution your guests that it is warm.

Once you have a homogeneous mixture, mold it into roughly the shape of a loaf of bread. Boil for 10 or 20 minutes. This will fill your home with an exotic and wonderful scent! Remove from water, blot it dry, and slice it up, placing a slice in each tortilla.

Bake for 20 minutes, and there you have it: a true Mexican-American meal that's fit for a king -- er, conquistador!

How They Got To SB46: New England Patriots | New York Giants

¡Ay caramba! You guessed it: Indianapolis has done it again, infusing wild Latin American flavors with the Middle American lifestyle. The result: milk-flavored margaritas, or, "Milkaritas"!

In fact, the Milkarita is woven deep within the history of Indianapolis. In 1820, a trader in cattle furs got lost on his journey to Chicago. With nothing to drink but milk, which soon spoiled, he soon fell ill, entered a state of delirium, and declared, "this would be a terrific place for a city to be!" Days later, he awoke from his stupor to find that he had built a trading post! That trading post is now a Blockbuster Video (of which Indianapolis has 14 ... and counting!).

Mix one part liquor with two parts milk. If you are a child, mix one part milk with zero parts liquor. Grab a handful of alfalfa sprouts and set it on top to give it a wonderful frizzy presentation. Serve in a flour-rimmed mason jar.

¡Ay caramba! In recent times, Indianapolis has truly become an international town, and you can see the world's influence on Indy cuisine. For example, the town's spin on shish kebabs reflect an influence from whichever country shish kebabs are from.

Mash the ground beef into little balls and boil it until they take on a wonderful grey hue. Put them on the

Okay, well, we couldn't find any wooden skewers at the Price Chopper.

So anyway yeah, just skewer the beef balls onto the dowel rods. Now you have a true international delicacy! Fiesta time, baby! Light the menorah and ... okay the beef is just crumbling off

Okay don't do this recipe

¡Ay caramba! While driving through Indianapolis, you may observe a lot of pro-starch graffiti. Whether it's biscuits, potatoes, or corn meal, this town does starch, and it does it big!

This is a two-part recipe, but it tastes great and is worth the wait!

If any of your guests are vegetarian you can offer to make them a blanket in several blankets.

Gut-Shot Macaw is a dipping sauce that is a staple of local Indianapolis cuisine. In case your guests are apprehensive, let them know that no macaws were harmed in the making of this dish! :)

Store in the back of your refrigerator for a month or two, until beads of condensation form on the inside of the bottle. This will give the ketchup plenty of time to separate, and for a pool of thin plasma-like liquid to form on the surface of the ketchup. Squirt this liquid into a ramekin. Use as a dip. The remaining overly-thick ketchup substance can be refrigerated and later used as a chili base or to make a candle!