We're sorry, Tiquan Underwood, but you won't be heading to the Super Bowl. Sure, Underwood is in Indianapolis and has been practicing with the Patriots, but a mere 24 hours before the game, the Patriots have released the young wide receiver. So much for the Super Bowl experience.

The news comes from Shalice Young

#Patriots announce that DE Alex Silvestro has been promoted from practice squad for tomorrow's game; WR Tiquan Underwood has been released

The other shoe to drop in this situation is Chad Ochocinco. As Young notes, this move means Ochocinco will be active for the Super Bowl.

as others are noting, Underwood's release confirms that Chad Ochocinco will be active tomorrow

But dang, that's just rough for Underwood. So close, yet so far away.

At least he only had the Pats' logo shaved into his head, and not done as a tattoo. 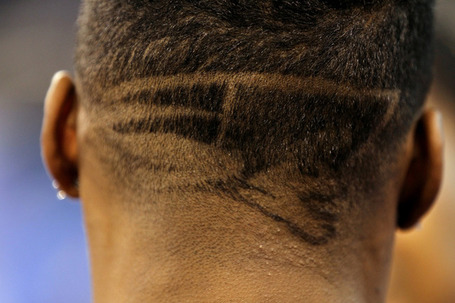 For the latest Super Bowl updates, be sure to follow this StoryStream. Also be sure to check out Patriots blog Pats Pulpit and Giants blog Big Blue View.