H&M ain't dumb. You don't buy your own underwear, gentlemen. Other people buy it for you: your mother, your girlfriend, your boyfriend, your wife, or perhaps your manservant. All male underwear buyers therefore by definition love David Beckham, and thus he's a logical pick for underwear ads. (Your manservant is British, and therefore loves Beckham for soccer reasons.)

Still, this is a man in his drawers on your screen, which for the ladies and man-loving dudes is great, and for straight dudes is a problem because a.) he's attractive and thin, which by the numbers you probably aren't, and b.) because all you insecure guys are like, "LOL, I don't need to see this because I'm not gay, and this hot dude on screen is totally unnecessary, what with his lithe figure and impeccably cut figure."

This is probably what you were thinking, or should be thinking to cope. 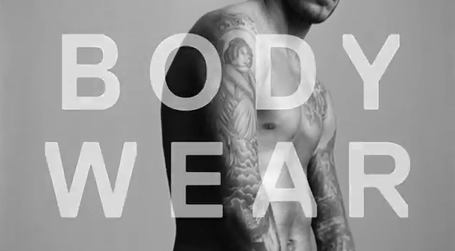 "Whatever, dude. I got better pecs than that." 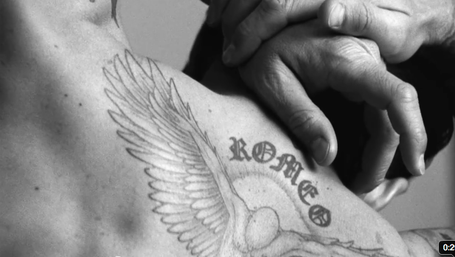 "You should really get those moles and spots checked out. Skin cancer is a killer. I'm about health."

You might be wondering what that Chinese says. It says this. 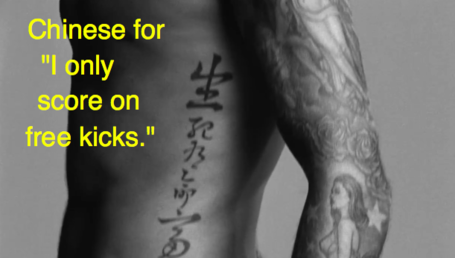 I wasn't sure what to do with the next part, so I just made a face of his nipples and emaciated, weak, and totally unattractive body. Someone please give David Beckham a sandwich, because he is attractive and that cannot be allowed. 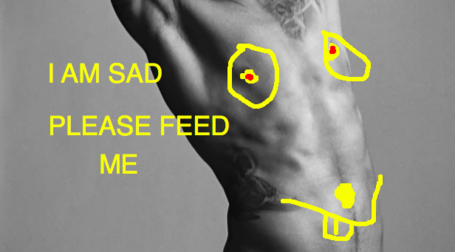 Only you can prevent male anorexia. The rest of the ad is just David Beckham stretching in front of the camera, and then he shows his buttocks to the camera. You're probably going to have to watch this three or four more times, so this is the best coping mechanism I can offer. 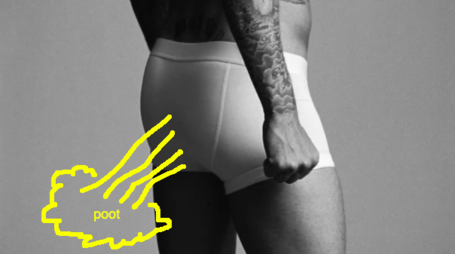 I'm so sorry. This ad is terrible and effective and this is all we can do to fight it.

Super Bowl Commercials 2012: Best And Worst Of This Year's Ads