These are the ugliest uniforms we'll ever see. Ever.

In September, we reported on the ugliest football uniforms we'd ever seen, coming out of Atlantic High in Florida, and created by "Futuristic Woo." In case you need a refresher: 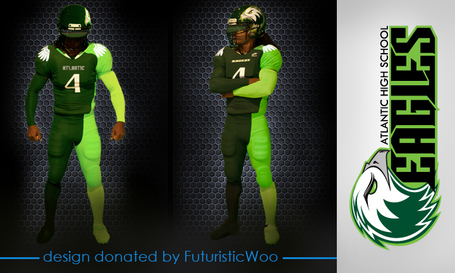 Well, Futuristic Woo is at it again, as they (?) have been hired to create uniforms for Carol City High School in North Dade County, Fla. If there was any doubt that Futuristic Woo could out-ugly itself ... brother, you don't know Futuristic Woo. The full press-release image, in all its glory: 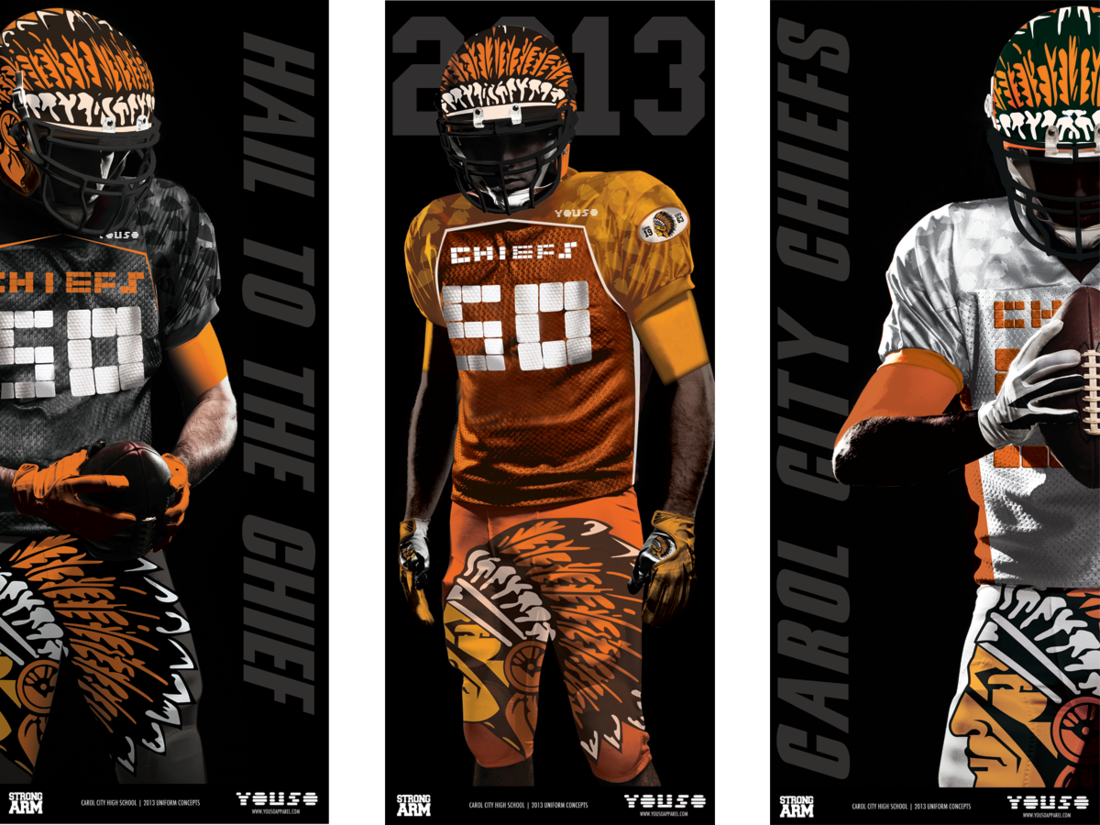 While most "Native American"-themed sports teams generally try to stay away from offensive iconography, Carol City has instead chosen to push the pedal to the floor and smash their football team headlong into the "INDIANS, EVERYBODY!" brick wall.

It's not just that their helmets have become fabulous orange-and-grey headdresses. It's not even that THERE IS AN AMERICAN INDIAN CHIEF ON THEIR CROTCHES, OH DEAR, SWEET LORD. No, it is the combination of ALL of these elements with one of the worst color schemes possible, and to top it all off, "digital"-style team name and numbers on the jerseys, like the only free font available on the website they were browsing was "Tamagotchi."

You had a good run, Atlantic High. A run that lasted well over a month! But Carol City High is the new undisputed king – or should I say Chief? – of the ugliest uniform.