Looking for a last-minute recipe idea for your World Series party? Never fear! Spilly is here to help.

Friends, the World Series is upon us! Surely, by now you've been invited to a party to watch one of the games - a party where you're expected to bring food! Sure, someone will bring the cheese dip, the deli tray, and the meatloaf in the haunting shape of Prince Fielder's prestigious paunch. But have you ever tried to eat at one of these parties? It's full of fatty, processed foods. You, the cultured fan, demand a healthier option. An option that still shares your knowledge of the teams and cities participating.

Let Spilly help you. Bring some of Spilly's Rice Cakes to the party.

I'll admit. I've never actually had a rice cake. But I know they're healthy! And really, they couldn't be that hard. Let's break it down, shall we?

STEP 1: Get some rice. You could just get a bag of instant white rice, but let's be creative here. What kind of rice is from San Francisco? That's right, Rice-a-Roni. If there are two things 90's childrens television taught me, it's that it takes 90 minutes for any child to assemble the Shrine of the Silver Monkey and Rice-a-Roni is the San Francisco treat. 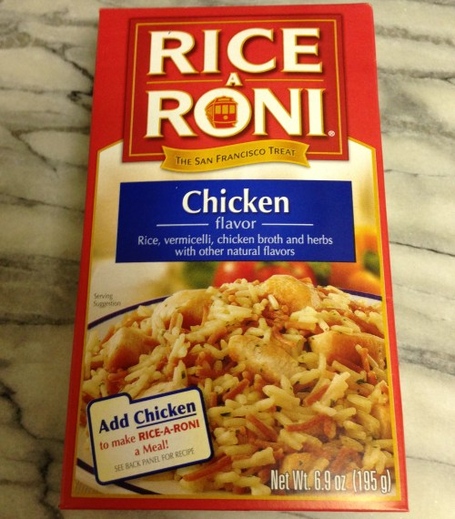 STEP 2: There seem to be directions on the back. Relax, these are for beginners, not experienced internet chefs like you and I. You'll just need to gloss it over. Looks like it needs a pan and butter. That means you fry it! 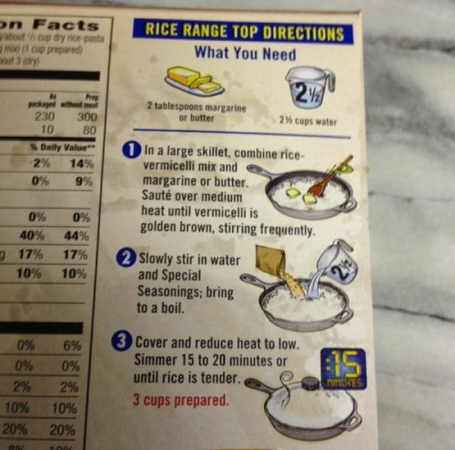 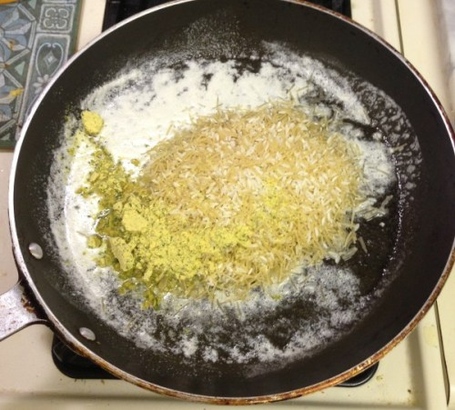 STEP 3: You may notice it beginning to smoke. Relax, that's just the aroma of the butter and natural blackening of the seasoning packet. That said, we may need to add liquid to this before it catches on fire. The box shows a cup of water, but water is for chumps. Let's actually give it some flavor! 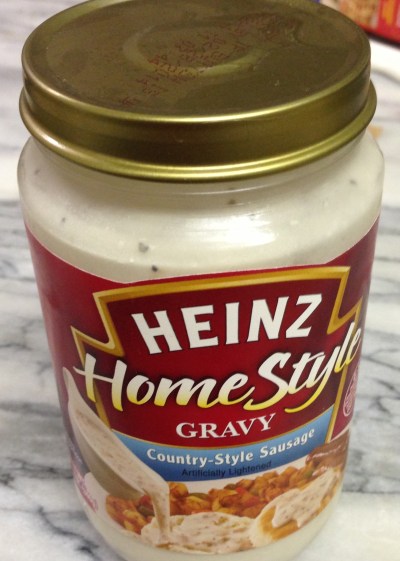 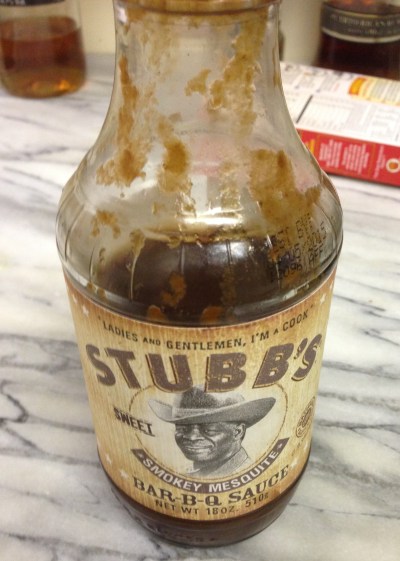 FOODTIP: Gravy and Barbeque Sauce can and should be used to replace any liquid in a recipe.

STEP 4: Mix these two into your rice. Feel free to add as much as you want, the rice will just soak up the delicious meatsauce later. 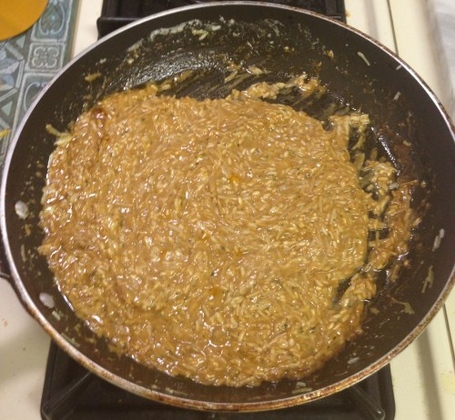 STEP 5. Set aside the pan and move on to the next part of the meal. You've finished the rice, and now it's time for the cake! Cakes are tricky. There are many different kinds, and it can be overwhelming. Some call for things like eggs, milk, flour, and sugar. That sure is a lot of things to have to remember! Did you know that all of those things are probably in common household foods you already have? Let's explore! First, find a loaf of bread. 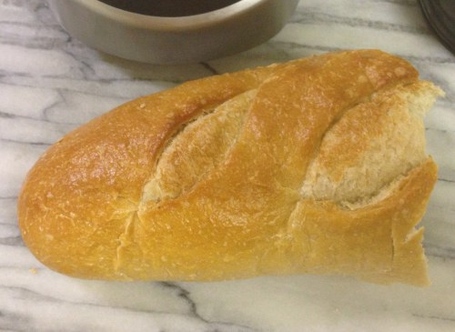 STEP 6: This is sourdough bread, which also comes from San Francisco. See? It's thematically appropriate! Make sure to tell every single person that when they are heaping compliments upon you at the party. Everyone loves someone who talks at length about the obscure ingredients in the food they brought! Crumble the bread and put it in your blender. 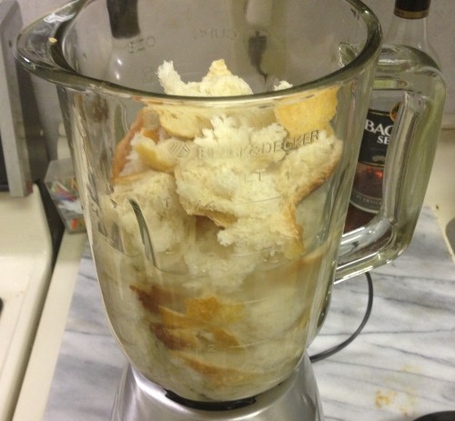 STEP 7: Blend it until you have a smooth paste. This is secret advanced tactic - you're ‘unbaking' the bread! Now you have it back in batter form. That sure saved a lot of time and effort, didn't it!

Now, it's fall, so let's put in some seasonally appropriate ingredients. Get some frosted pumpkin cookies and toss them right in with the batter. If Pablo Sandoval is attending this party, double the cookies you put in.

STEP 8: Lastly, take the rice you made earlier and put it in the batter. It's probably good and solid from absorbing all the gravy and barbecue sauce. The barbecue sauce will pair wonderfully with the pumpkin cookies!

STEP 9: BLEND THE SHIT OUT OF IT. Make sure to use the highest setting possible. Some of the rice will have likely burnt to the bottom of the pan, so blending it as much as possible it will distribute that charred rice evenly. When you're ready, pour into a pan. You will probably have to borrow one from your grandmother. Offer her the leftovers from the party. You'll be the favorite grandchild for sure! 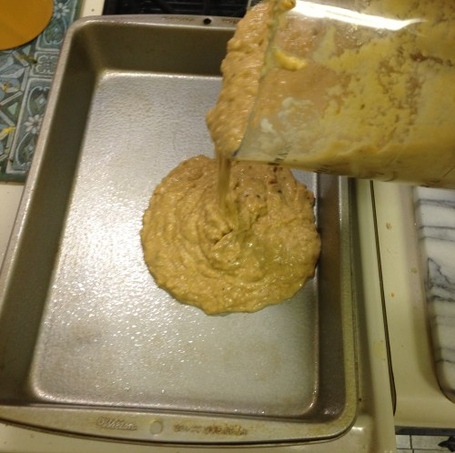 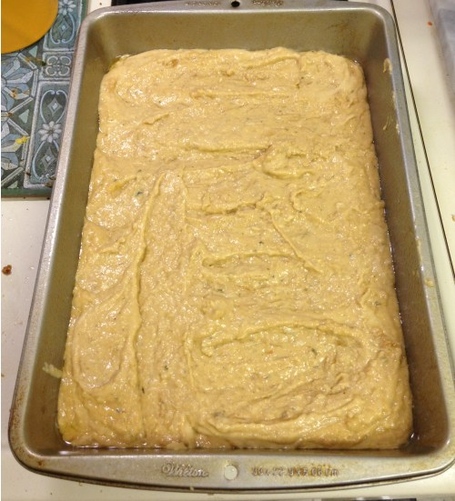 IMPORTANT: YOU WILL NEED TO BAKE THIS. OBSERVE ALL OVEN RULES, INCLUDING TAKING OLD PANS YOU WERE HIDING FROM DISH DUTY OUT OF THE OVEN FIRST. BAKE THIS BY PLACING THE PAN INSIDE, TURNING THE LITTLE DIAL THING TO THE MIDDLE SOMEWHERE, AND WALKING AWAY AND WATCHING TV. IT WILL BE DONE SOMETIME IN THE FUTURE.

Step 10: One more part left in the rice cake! What cake would be complete without icing? And you haven't added any foods from Detroit yet. We'll rectify both of these things now! Start by filling the blender with Cool Whip. 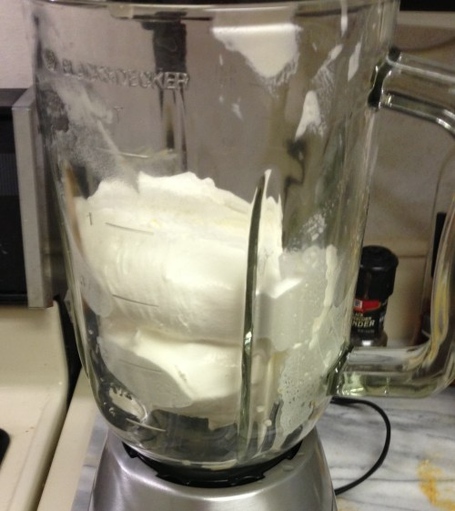 Step 11: The first food from Detroit will be obvious to you. Faygo Redpop. I've selected a fine vintage (Bottled early 2012). It is also a diet variety. This is because we're trying to keep calories low (remember healthy!). The last ingredient may be strange to you, but it's what will put the rice cakes over the top. What one ingredient just screams baseball? Hot dogs, of course! And we're in luck, because Detroit is where Ball Park Franks comes from. 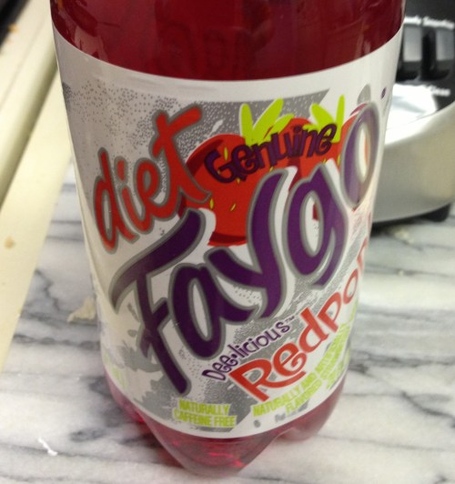 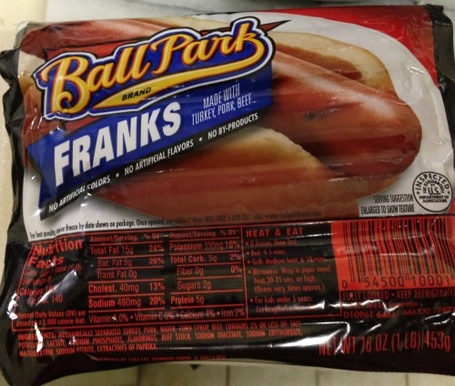 STEP 12: Mix both the Faygo and hot dogs into the frosting. Do not be afraid. You will never learn to fly until you step off the ledge. 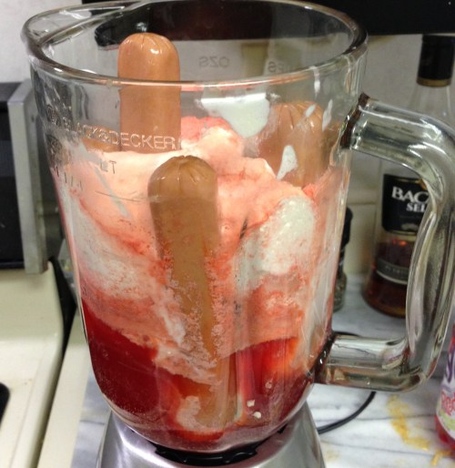 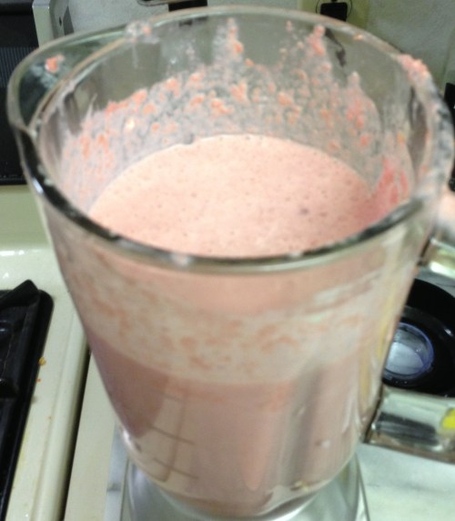 LOOK ON MY WORKS, YE MIGHTY, AND DESPAIR

STEP 14: Pour the frosting onto the cake, which is probably done by now. Make sure to check that it's not on fire. If it isn't, it's done! Let the cake and frosting cool down. You may want to refrigerate it too, to let the frosting seep into the rice cake crevices. It's worth waiting before you dive in! 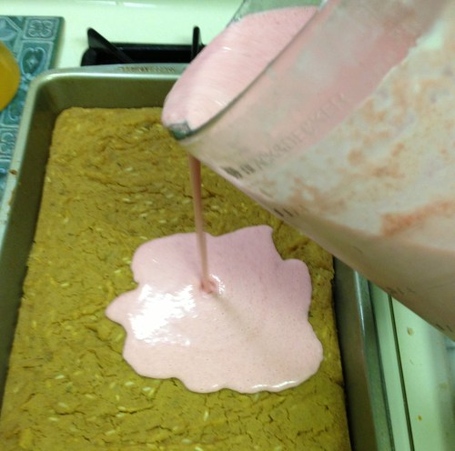 STEP 15: Cut into squares and garnish with a single Tangball on each square. Bring this to World Series party. Watch in amazement as your friends retch in glee. 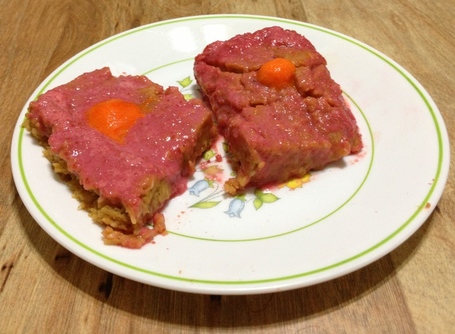