The List: 25 reasons to (still) hate the Miami Heat

There are rumors that the Lakers have overtaken the Miami Heat as the most hated team in the universe. But wait a second, let's think about this.

LeBron James won a title in 2012, and everything's changed. Suddenly LeBron's more appreciated than ever and the Heat aren't as despised as they once were.

And ... OK, appreciating LeBron is one thing, but let's not go crazy here. Tom Ziller outlined 50 reasons to hate the Lakers earlier Tuesday morning, and in the interest of SB Nation's fair and balanced approach, we have to talk about the Heat now. Back in 2010, we put together 100 Reasons to Hate the Heat. Let's adapt that list and keep it simple this time around. Without further ado...

23. WHEN THE HEAT WON a title in 2006, Pat Riley took the lion's share of credit for guiding them. When the Heat won 15 games the following season, Riley cited health concerns and left the team halfway through the year, leaving Dwyane Wade to waste away in basketball no-man's land. The only other coach to pull rare feat of coaching dickery is Mike Krzyzewski, which pretty much speaks for itself. Now, in 2012, people like Magic Johnson are crediting Riley and Krzyzewski with tutoring LeBron to a title, because obviously. Pat Riley is a vampire. 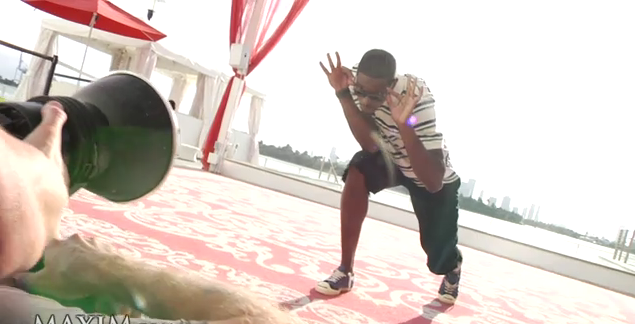 20. BOSH chose Miami because, "Really it's all about being on TV at the end of the day."

18. WADE explained Heat critics saying, "99% of your HATERS either owe you or don't know you! Tell them to rest in peace cause they are obviously dying to be you!"

17. WADE has gotten so obnoxious the past few years that he might justify hating the Heat all by himself.

16. REMEMBER when he and LeBron made fun of Dirk Nowitzki's flu? Or when he shoved Erik Spoelstra during the playoffs? Speaking of which ...

15. IN THE 2012 PLAYOFFS Wade's offensive game basically consisted of flopping and hoping for a whistle on every offensive possession. AND IT WORKED. 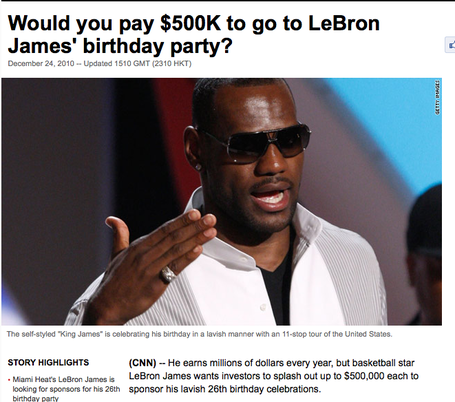 13. THE DECISION was so much worse than anyone remembers. 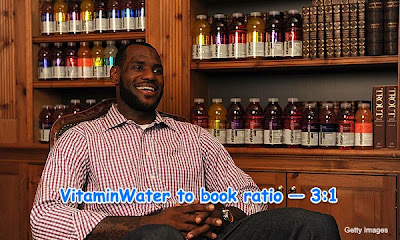 12. ONE CHAMPIONSHIP, and LeBron's completely off the hook for the way he left Cleveland, and he's already being compared to Jordan.

10. SHANE BATTIER IS the worst. 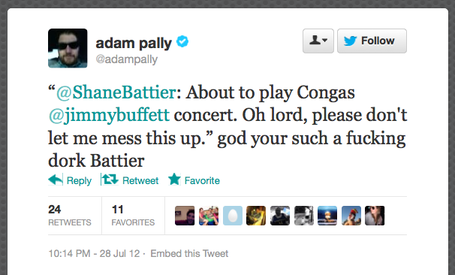 8. THE CITY OF MIAMI is like the V.I.P. section of America. Looks fun and glamorous from far away, but up close you realize it's just full of people that make you sad, and drug dealers.

7. THE WORST FANS IN THE NBA get to cheer for the best team. FAN UP, MIAMI.

6. DO YOU KNOW A HEAT FAN WHO'S NOT FROM MIAMI? Chances are, you hate that person.

4. WRIST SCARVES ARE NOT OKAY. From last year's playoffs: 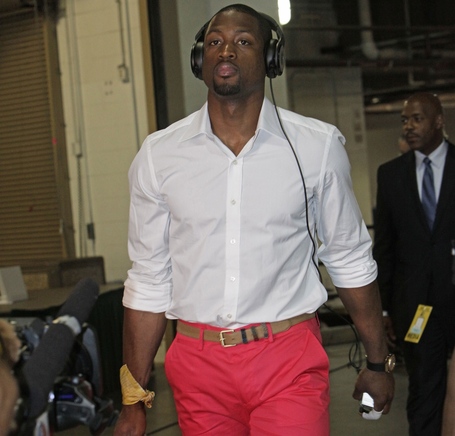 3. DO YOU HAVE A SOUL? As David J. Roth wrote last spring:

Basically, if you want Kanye West to win the NBA championship and then dedicate the title to his mostly imaginary haters who thought it would never happen and then cry about it and then buy a new, slightly larger private plane and fill it with cocaine and models and then pilot it into John Galliano's pool and then talk about how no one understands how or why he crashes planes into pools because they don't get him and could never be him because they're not built for that shit, then you should cheer for the Heat.

And finally, the two most important reasons...

2. THEY ARE THE BEST. In 2010: "Hate the Miami Heat because at the end of the day, you can say whatever you want and it won't matter. They're the best team in basketball, LeBron's the best player ... You can hate the Heat for a lot of reasons, but today, I think I hate the Heat because deep down, in my heart of hearts, I know there's no way anyone's beating them this year." All of that is still true in 2012, except now they have a title, LeBron is officially competing with Jordan, Bird, and Magic, and the roster is better than ever.

1. IF WE'RE ALL BEING 100% HONEST, between Bosh and LeBron, Mike Miller, Udonis Haslem, plus guys like Ray Allen and even lovable punching bag Mario Chalmers, the team we used to love ridiculing are beginning to get a lot more enjoyable. Before long we could be in a position where it's socially acceptable for our friends and family to root for the Miami Heat. DON'T YOU HATE IT?