Everyone's talking about the sequel to Moneyball, so let's take a quick peek at what that might look like.

Share All sharing options for: Scenes from Moneyball II

When the A's started winning, the jokes started. Moneyball II: Electric Boogaloo. The 2012 A's are a sequel to Moneyball! Moneyball this, and Moneyball that!

Here's the problem, though: Moneyball II would be boring. Unless you're gussing it up a bit and having Josh Reddick hot-wire a car to escape rogue federal agents, there's no overriding narrative. The A's were successful because Brandon Moss hit a billion home runs in 100 at-bats. Brandon Moss is almost 30, and the Pirates gave up on him for sensible reasons. He doesn't make sense. Neither does Sean Doolittle, A.J. Griffin, or Travis Blackley.

Nothing about the 2012 Oakland A's makes sense. But it's beautiful. The only way to make Moneyball II is if you go Fellini on it. Don't worry about making sense. Just tell the truth.

Some samples of a Moneyball II spec script I've been working on if you don't believe me:

Billy Beane: Mr. Wolff, I'd like to lay out a bold new vision of A's baseball. 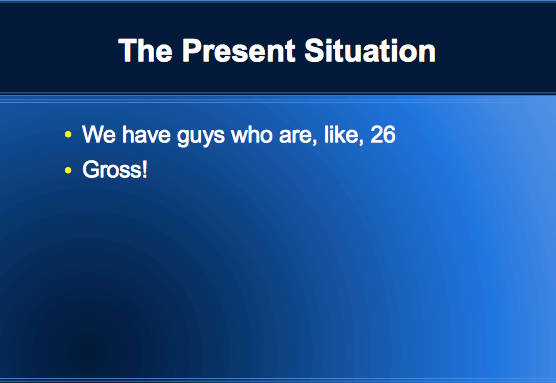 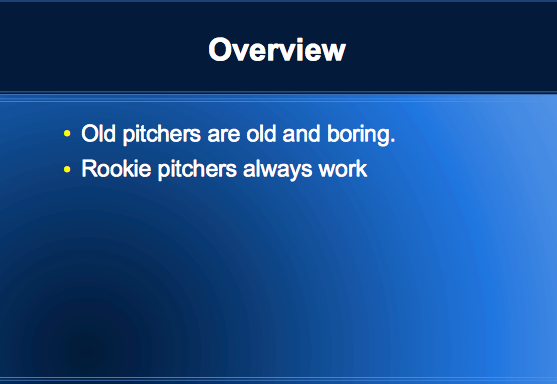 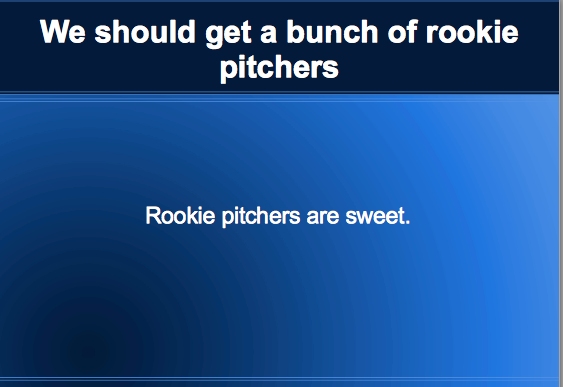 Beane: Everyone likes rookies. They're new. They're fresh. They're exciting. Next slide. 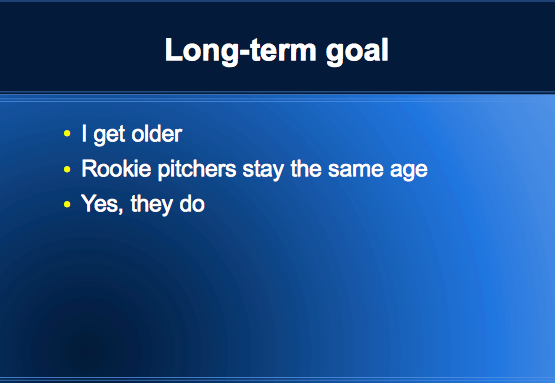 Beane: If we trade our current pitchers for rookie pitchers, we'll have a leg up. This is called "exploiting the market inefficiency." And it always works. Just like young pitchers. Next slide. 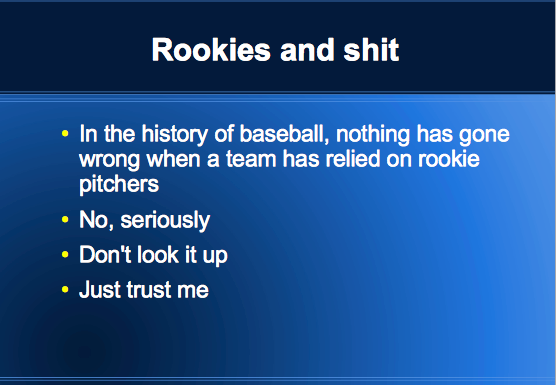 Beane: This is our future. This is how we'll win the AL West. Thank you for your time.

Billy Beane: We'd like to sign Yoenis Cespedes for a lot of money. We'll present you with the best offer, and we'll outbid the other teams.

Billy Beane: We want you to pitch.

Sean Doolittle: I've only ever played first base.

Beane: It's not that hard, Sean. Tell him, Wash.

Beane: Wash, I need you to say "It's incredibly hard."

Beane: Come on. Just say it. We're taking our first-round pick, who's shown good power and patience as a first baseman, and we're making him a left-handed setup man.

Brand: You're trying to replace Brandon Allen. The Boston Red Sox see Brandon Allen and they see a Brandon who's worth seven-and-a-half Brandon bucks. When I see Brandon Allen, what I see is ... is... an imperfect understanding of where Brandons come from.

Brand: There's a whole ocean of Brandons under our feet! No one can get at it but me! Brandon Allen, Brandon Moss, Brandon Hicks, Brandon McCarthy, Brandon Inge …

Brand: /does line of powdered Brandon

Billy Beane: When I met you in Moneyball I: The First Moneyball, I took a liking to you because you seemed to be smart.

Beane: You told Mark Shapiro to hold on to Karim Garcia in that movie. 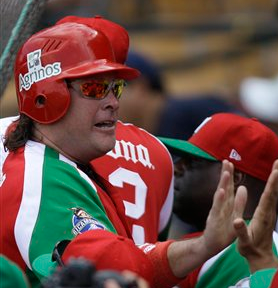 Brand: We're, uh, not selling roomy sweatpants here. Unless maybe we should. That could be a money maker.

Billy Beane: I think you need a top-of-the-rotation pitcher. I have one. Gio Gonzalez.

Mike Rizzo: What are you doing in my office? Why don't you just call me like a normal GM?

Beane: If you give me three or four of your best prospects, you can have Gonzalez.

Rizzo: Seriously, what kind of GM galavants around and personally visits 29 other teams?

Rizzo: Did you eat the pear I left on my desk? I was saving that!