Spilly celebrates Pitt and Syracuse moving to the ACC

Spilly and Sean Keeley celebrate Pitt and Syracuse's impending move to the ACC with chili. Try it at home, friends.

Share All sharing options for: Spilly celebrates Pitt and Syracuse moving to the ACC

For now, Pitt and Syracuse are struggling through the fetid cesspool that is Big East football. However, we should pause a moment to recognize that this will be the last time each of them will have to lose to Cincinnati, and look forward to them instead losing to perennial ACC powerhouse Duke. In addition, it's the start of the last Big East tour for each of them in basketball, a sport that actually deserves the national exposure each team gets. For this meal, we'll celebrate both Syracuse and Pittsburgh's culinary contributions to the world, as well as providing you with the ideal gameday meal heading into winter. Have a bowl of Spilly's Chili! Special thanks to Sean Keeley, the writer at http://www.nunesmagician.com/ for assistance with the Syracuse foods.

STEP 1: Let's start with Pittsburgh. Easily the most popular and famous Pittsburgh food is, of course, a Primanti Brothers sandwich. Every single one comes with french fries and coleslaw. Go to your nearest Pittsburgh and obtain one. It will weigh about six pounds and the grease will seep through the bag in eight seconds. 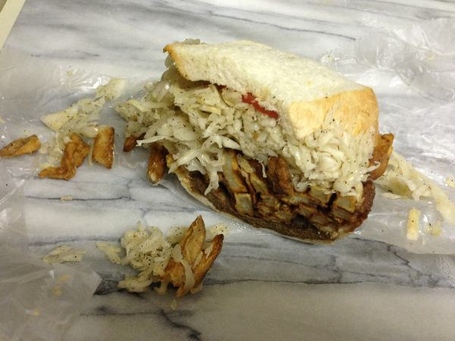 STEP 2: The next Burgh ingredient are Pierogies. There are plenty of places around the city to get some of these home-cooked starchy semicircles, but we are poor and lazy, so let's buy Mrs. T's. 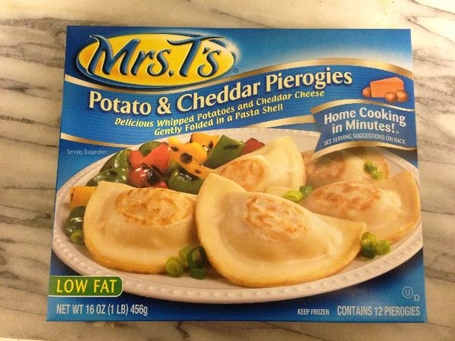 STEP 3: Place these two ingredients into, of course, a blender. You'll need a liquid to combine the two together. I recommend a lukewarm Iron City to keep with the theme. 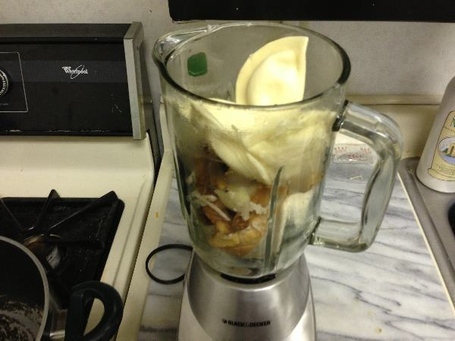 STEP 4: Puree the pile of Western Pennsylvania until you have smooth chalky cabbagepaste. 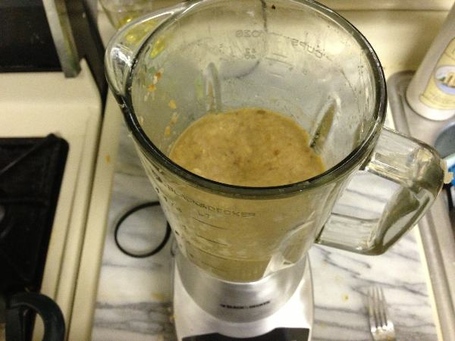 STEP 5: Set the Pittslop aside, and let's get started on the sauce. There's many different sauces people use for chili, but there's one thing we all can agree on. It should be red. So the first thing you will want to do is empty out all the ketchup packets you have into a pot. 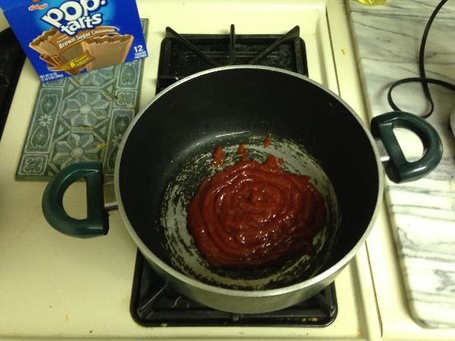 FOODTIP: KEEP POPTARTS AROUND AT ALL TIMES IN CASE OF A DELICIOUS EMERGENCY

STEP 6: We still need more red stuff or our chili! Reach into the cupboard and pull out out a can of sloppy joe sauce. You always meant to use it but never had the ground beef for it. Maybe it's from 2006. Doesn't matter. Open it and dump it in. 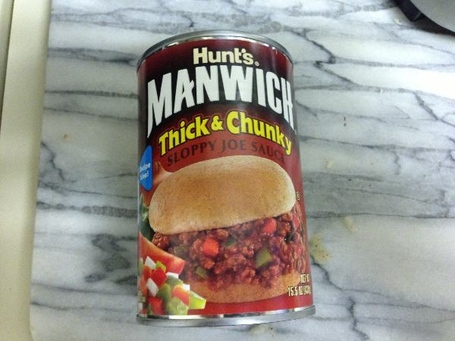 STEP 7: Many chili-makers will argue that there should be some sort of macaroni or pasta in it. Maybe you disagree, but it doesn't matter because we're putting some in. Why not make it easy? 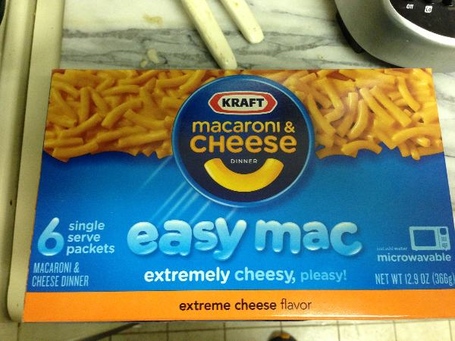 STEP 8: Open up a packet and dump the whole thing in. The noodles will probably just absorb the beer you put in the Pittslop, so it's okay not to cook them or anything. And hey, bonus cheese! Bonus cheese is the best cheese. 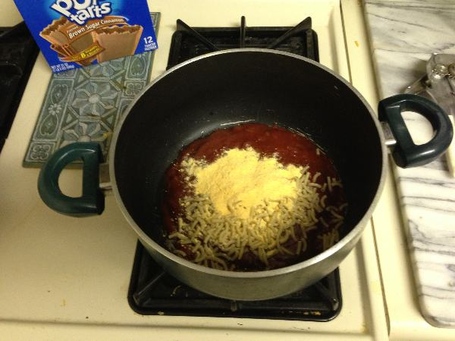 STEP 9: Okay! It's time to bring in the Blender jar. Dump the city of Pittsburgh into the pot. and begin heating up the pot using that fire thing underneath. Use all the fire you can! More is better! 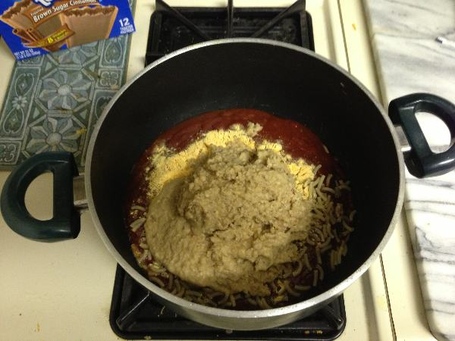 STEP 10: While that simmers, let's move on to the Syracuse portion of our meal. For this, I asked Sean to provide me with a few local Syracuse foods. Two that came up were bologna (football head coach Doug Marrone's favorite postgame meal), and salt potatoes. I'd never heard of salt potatoes, so I looked it up on Wikipedia. It's depressing as shit. Here's the conversation we had:

I just want to go back in time and give every Syracuse salt worker a Poptart and a hug. 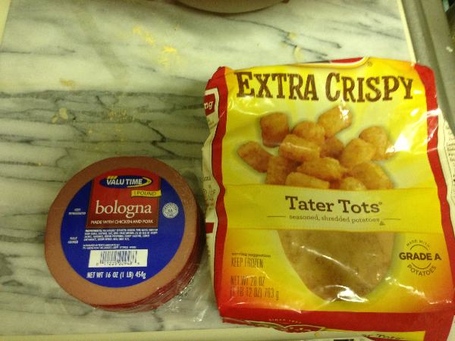 STEP 11: Tear up the bologna with your mitts. It turns out, bologna is surprisingly resilient, so it may be hard to break up. It has this wax ring around it. You can probably eat that. Persevere and toil on. Don't worry about cooking the tater tots - they will naturally cook themselves among the bologna juice and ketchup. 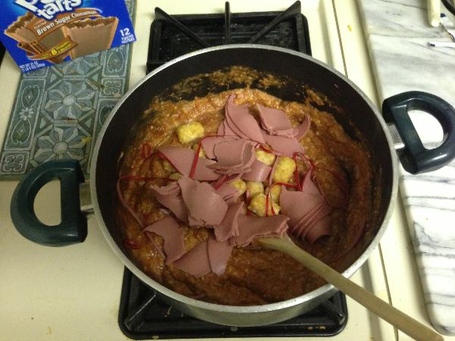 STEP 12: Chili is a family food. Sometimes kids don't want to eat chili, and that's a sad thing. Chili should be eaten by everyone, young and old. Let's add something for the kids! Open your freezer and find a box of... 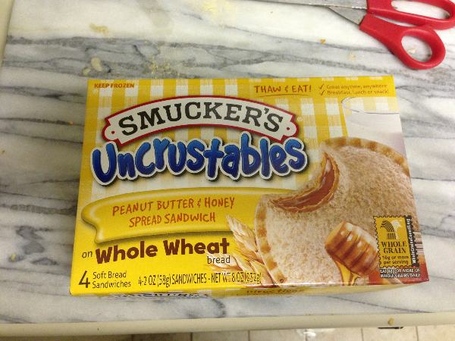 STEP 13: Place two sandwich discs into your chili! Make sure to let it slowly dissolve and release the honey and peanut butter into your pot. 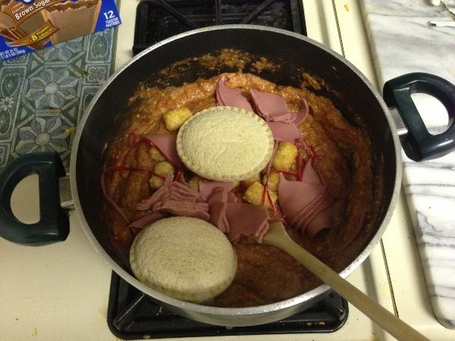 STEP 14: Let the chili simmer on the stove for a while. You could do other things while it cooks, like watch your team completely fail at any semblance of football against UConn. Hail to Pitt!

We have one more ingredient for the chili, and it might cause some division. I know it's a touchy issue, but chili needs something. It needs beans. But beans are boring. They all taste the same. But what if...what if there was a way to impart not just one kind of bean, but thirty different flavorful beans? I think you know where this is going. 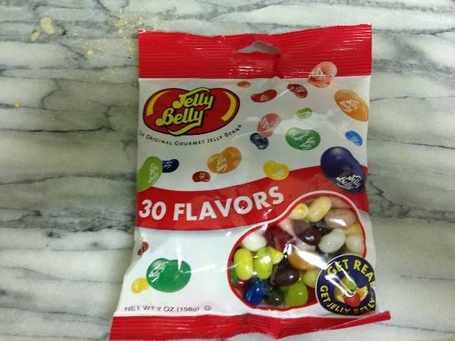 Look at all the flavors that will soon be released into your chili! Blueberry! Orange Sherbet! Pomegranate! Cheesecake! Don't forget everyone's favorite: Buttered Popcorn. 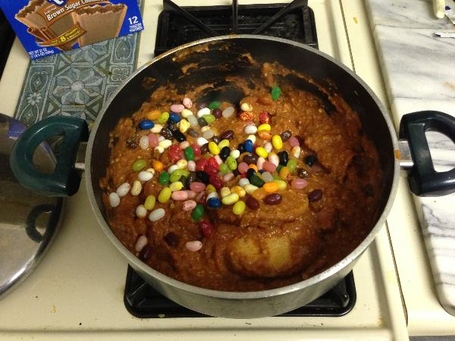 STEP 15: Keep letting it simmer. Make sure it doesn't all burn on the bottom! You may have to mix it up every 20 minutes or so. Once Pitt disappoints you to the point of turning off the television (mid-second quarter), come back and see where you're at. 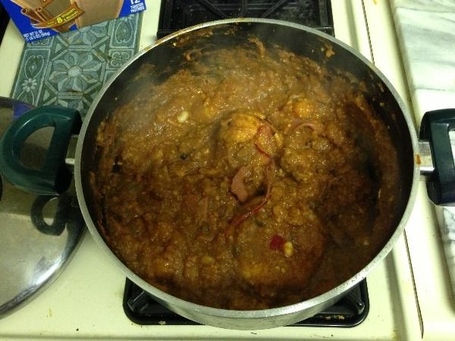 STEP 16: That should smell a lot like food now. Soon, you'll be eating it! However, I have one more surprise for you. You may have noticed that I have not yet used my signature ingredient. That's because I've been secretly refining it. I now present to you my finished work: SUPERTANGBALLS 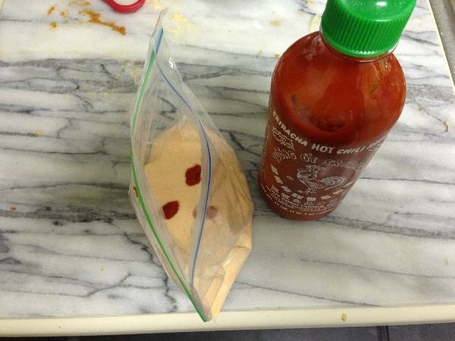 STEP 17: Spoon some chili into a bowl, decorate with cheese and 3 supertangballs. Try to contain your excitement. 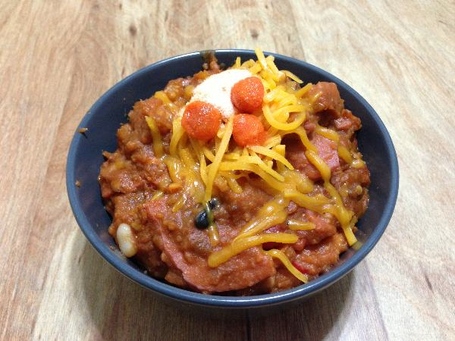 Thank you internet, for your time. Enjoy your chili!