Texans vs. Patriots: A special recipe from Spilly

Ahead of Monday Night Football, Spilly showcases the local Texas and New England cuisine with a very special meal.

Share All sharing options for: Texans vs. Patriots: A special recipe from Spilly

Hey there! We've gone an entire week without a school moving conferences in college sports, so now we can go back to doing meals for actual games that are taking place. Today we'll make something for the Monday night matchup between the Texans and Patriots. Instead of one dish, I've made two complementary ones: a fajita and a bowl of clam chowder.

STEP 1: Fajitas are a staple of Tex-Mex cuisine that I've chosen to represent Houston. Most fajitas have some sort of vegetable medley inside them, cooked with beef. But goodness, vegetables are difficult. There are so many to choose from, and most do not come pre-breaded for frying. Let's be safe and grab a bag of veggies already mixed. 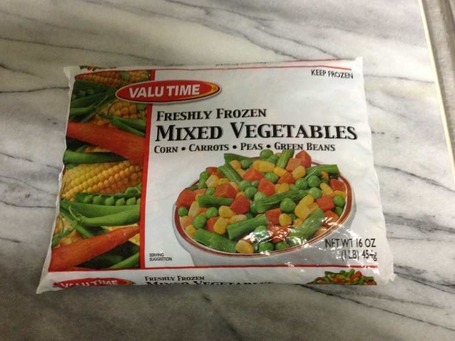 STEP 2: There are instructions on the back. Ignore them. Rip open the bag with your teeth and dump it into a pan. Add barbeque sauce to give the vegetables flavor. 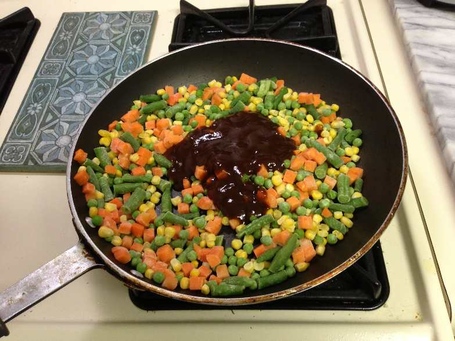 STEP 3: Next, let's add a bit of something to keep the veggies sticking together in the fajita. We don't want anything to fall out the ends. Spray in some cheese and mix well. 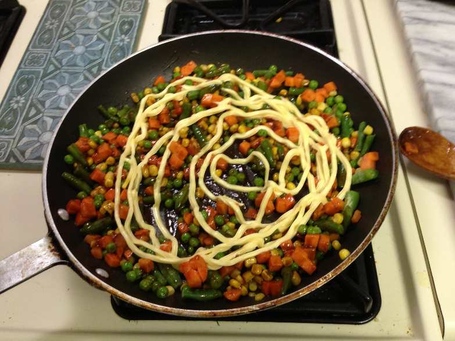 STEP 4: Leave the fire on while you do other things. The cheese will slowly start to seep into the veggies, harden, and everything will begin sticking together. I like to call this process cheesegluing.

STEP 5: Next is the meat. Fajitas usually have steak in them. I don't have any steak. What is there to do? Is there any product out there that will give the illusion of steak-like quality and yet still conform to the high standards of the weekly Spilly meal? 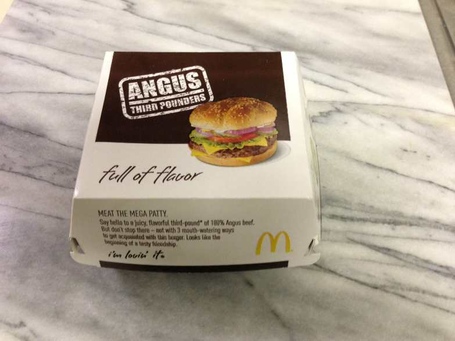 STEP 6: Ah yes, the McDonald's Angus burger! It's like eating a real steak, if the steak came from cows shaped like little three inch coasters that ate nothing but government cheese and self-loathing. Spillycows!

STEP 7: Wedge the burger into the blender with an extra microwaved steak flavored Hot Pocket you found in the freezer. 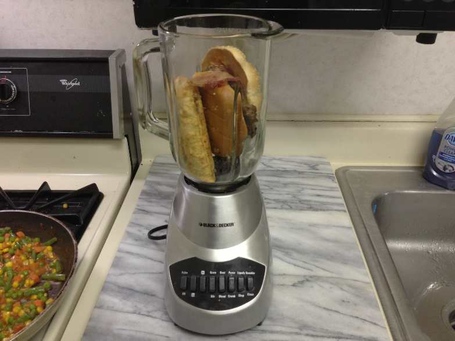 STEP 8: Let's turn our attention to the wrap for the fajita. Remember, this is for Texas. Texas doesn't do anything small, so a mere ‘tortilla' won't do here. We need to go bigger. We need a whole goddamn pizza crust. 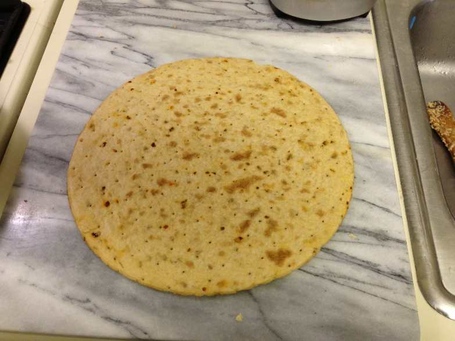 STEP 9: Spoon out the meat onto the fajita crustwrap. This may be foul. Apparently pickles don't blend well with other items. This...may not really look like meat, but it is! It's for Texas! So shout a lot while making it, fire some weaponry into the air, slap an Angus label on it, and eventually everyone will be too scared of you to question the contents. AMERICA! 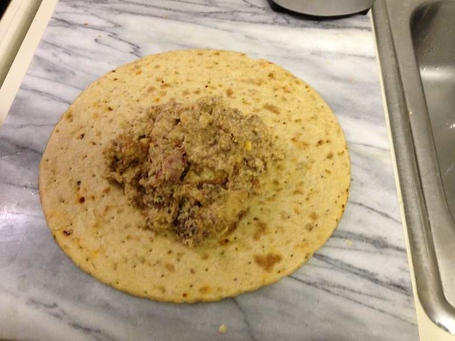 STEP 10: Now, it's time to move over the veggies. Pour them out of the pan onto the fajita, and cover in tangballs and internet paste for Tex-Mex flavor. The astronauts in Houston will be proud of the use of Tang! 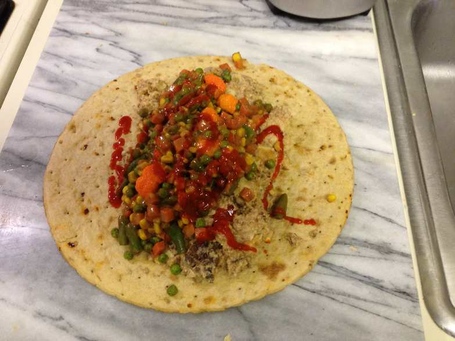 STEP 11: Try and wrap it up. This...this is going to be difficult. It's awfully big. You can do it. Make sure to plate it immediately before the crust soaks up the meatpaste and breaks apart. 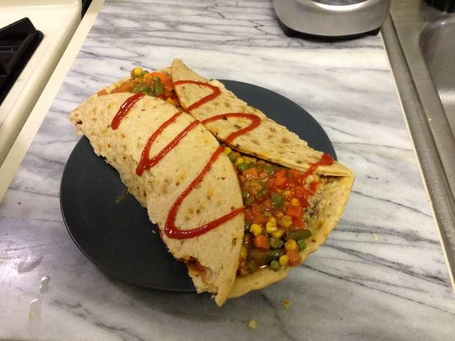 STEP 12: ON TO THE CLAM CHOWDER! There are many variations on clam chowder, but we'll be making the white and creamy soup that you're probably familiar with. I haven't gotten to share my culinary talents with Boston folks yet, and I'm sure they will respond in a measured, polite way! Let's begin with clams. 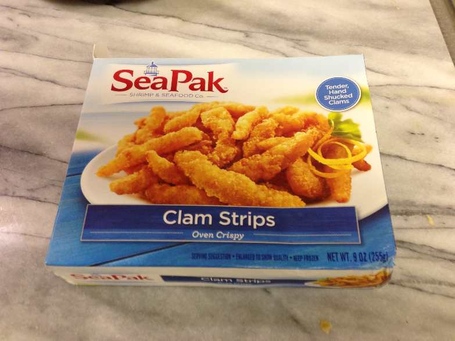 STEP 13: They come pre-breaded! How lucky are we? That just saves us a step. Go ahead and dump the whole box into a pan. Next, we'll need some potatoes. 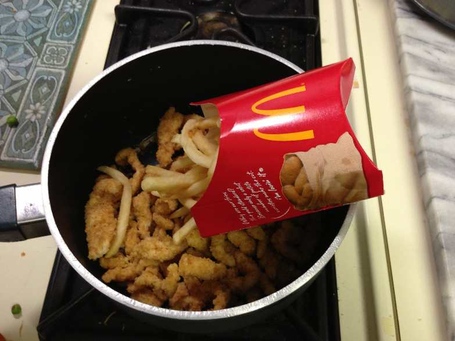 STEP 14: Those are mostly potato-like! Sure, throw them in. This isn't looking like chowder at all yet, though. It's time for today's signature ingredient. 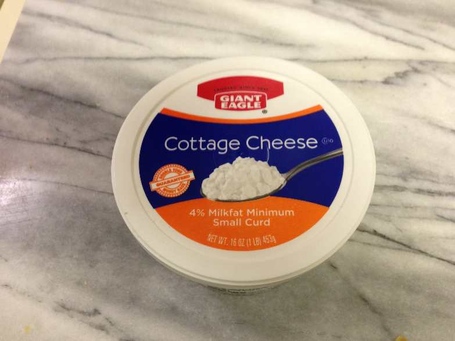 FOODTIP: Cottage Cheese isn't actually cheese. It's the remnants of a milk jug from 1993. HAHAHA SUCKER

STEP 15: Open up the cottage cheese and dump it into the chowder. Mix up the ingredients and bring the cheese to a boil. You'll start to see it become stringy, dissolve, and it will begin to actually resemble chowder. I'm serious, that's not even a joke. It's creepy.

STEP 16: For additional Boston flavor, we're going to add in two favorites from the region. No, there's no Moxie. I can't get Moxie here because my grocery store doesn't stock carbonated ass. Anyway, let's see what we do have! 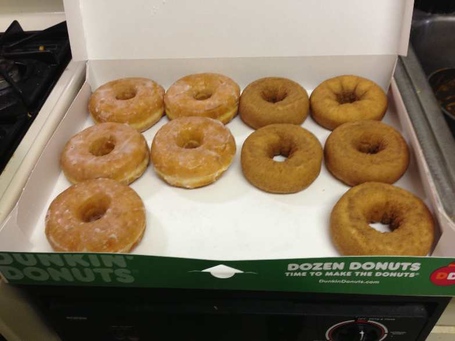 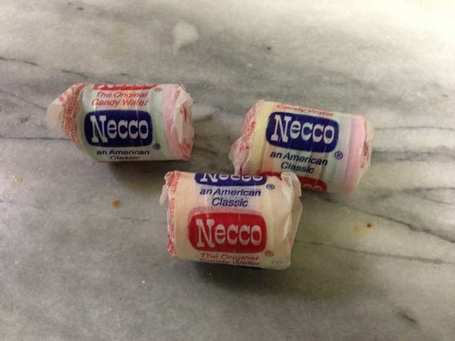 STEP 17: Dunkin Donuts *AND* Necco Wafers? It's all the diabetes you need, in circular portable forms. Just toss them right into the chowder, which at this point should be at a full boil. 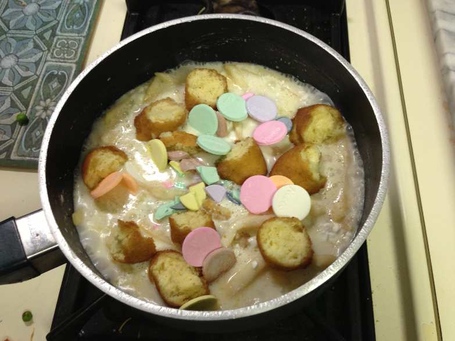 STEP 18: Doesn't that look delicious? edible? It sure does! Now let's move a bowl over with our fajita to serve. 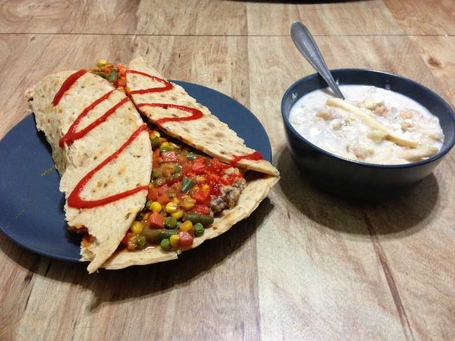 That chowder. Oh man, I just...I can't get the South Park Sarcastaball episode out of my head. Uuugh.