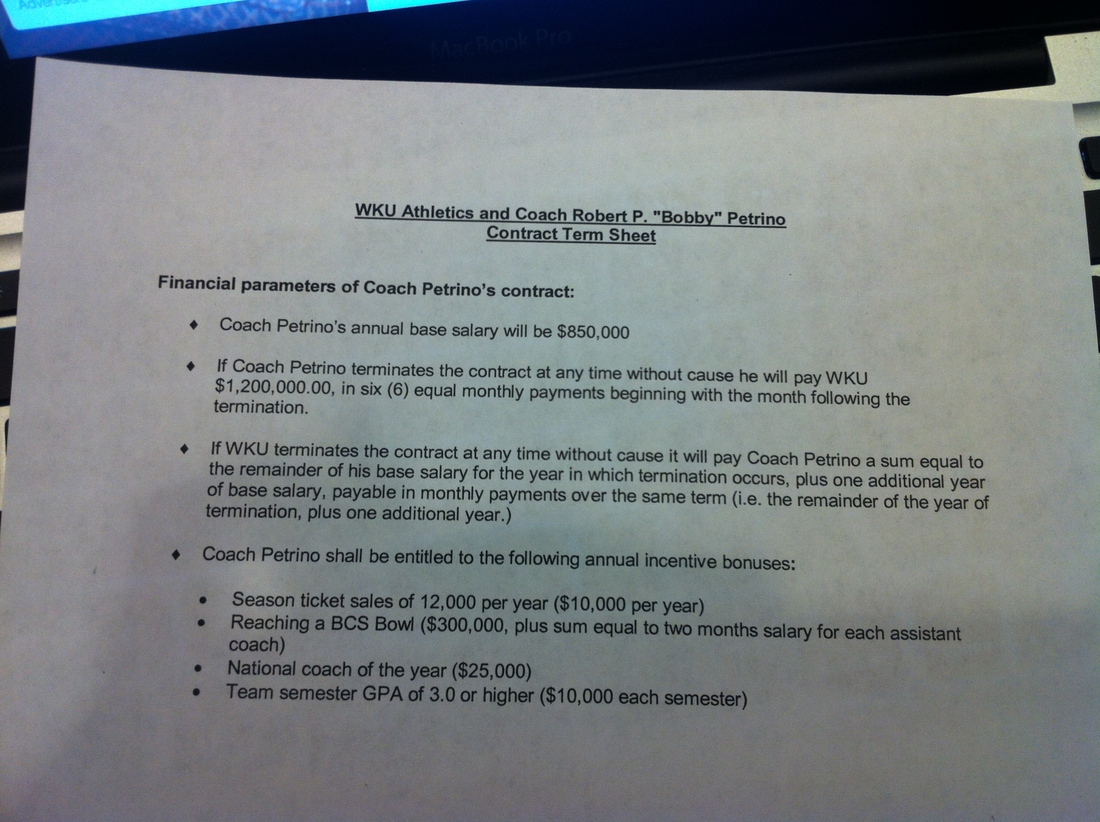 WKU didn't have a bowl practice scheduled Monday. Interim staff is gone recruiting and players are off. Both groups are stunned by news.

Petrino was fired by Arkansas after being caught lying about his affair with an employee, which was brought to light due to his wrecking a motorcycle with her aboard. He also has a very well-earned reputation as a job-hopper. But other than that, he's good to go!

He would be inheriting a program that went 7-5 in 2011 and 2012. The Hilltoppers earned a berth in the Little Caesars Pizza Bowl this year, but lost coach Willie Taggart to South Florida.

Petrino was the head coach at Arkansas from 2008 to 2011 and compiled a 34-17 record, taking the Razorbacks to three bowl games in the process. Prior to taking the Arkansas job, Petrino had a brief stint as head coach of the Atlanta Falcons, and before that, he spent four seasons as head coach of the Louisville Cardinals. Louisville is in Kentucky, and his exit from there was mighty awkward, to say the least. Time to remake some friends!

He is 75-26 in eight seasons as a college head coach and is known as one of college football's best offensive play callers.