Andrew Wiggins, and the weird world of recruiting

Sometimes you have to wade into the dark, terrifying waters that are college recruiting. This is perhaps one of those times ...

Share All sharing options for: Andrew Wiggins, and the weird world of recruiting

Andrew Wiggins, a native of Ontario and currently a forward for Huntington Prep, is the top high school recruit and projected by some to be the No. 1 pick in the 2014 NBA Draft. He has received offers from at least six schools, including Syracuse, Kansas and North Carolina, but is reportedly deciding between Kentucky and Florida State. This week, he's making an official visit to FSU, and the student body is making sure he feels ... welcomed.

@22wiggins If my girls and I didn't convince you to come to FSU last night I don't know what would! #wiggins #FSU 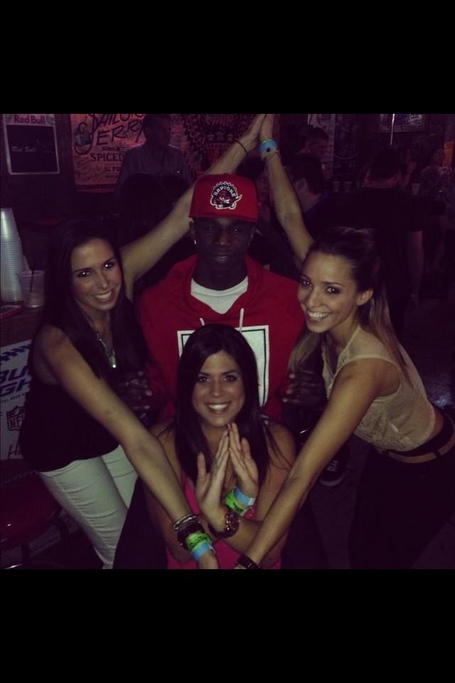 And since Wiggins is still in town, and attending Wednesday night's Florida-Florida State game, no reason to not extend the hospitality one night longer. 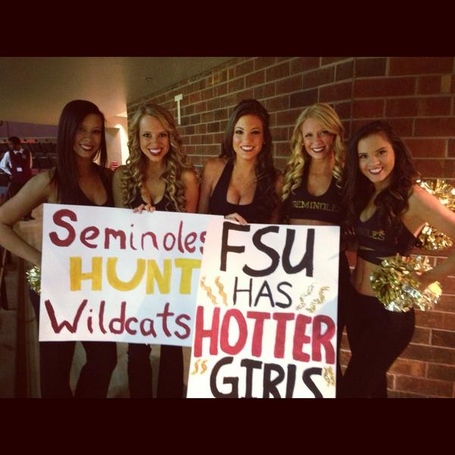 And @NosillaDraw, the one who started it all, will apparently join Matt Jones on the KSR Radio show Thursday at 10:30 a.m.

@alligatorarmy FSU just honored both of Andrew Wiggins' parents at halftime. I've never seen anything like it.

I will never understand the world of recruiting. Not sure I want to.