Tale of the Tape: Alshon Jeffery vs Nebraska

Share All sharing options for: Tale of the Tape: Alshon Jeffery vs Nebraska

Recently I looked at Justin Blackmon against Stanford, so I thought I would continue on the wide receiver theme and move onto South Carolina's Alshon Jeffery. The footage I got to study was against Nebraska and cornerback Alfonzo Dennard, a player of similar talent level.

Jeffery caught four passes for 148 yards and a touchdown before being ejected in the third quarter for fighting with Dennard. It was very much a tale of two games for Jeffery. When Nebraska played off-man coverage against him, he made plays; but when Nebraska put Dennard in press coverage, Jeffery struggled to cope with the physicality. 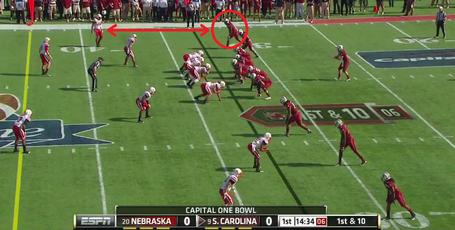 I've circled Jeffery at the top of the screen. Notice the defender is playing off-man coverage (where the corner is in man coverage, but has a cushion of seven or so yards between himself and the receiver). 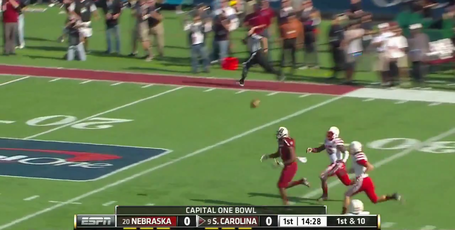 Jeffery simply runs past the defender and the safety help without either laying a hand on him. The quarterback over-throws the pass, but Jeffery was open.

Later in the game, we have a similar situation. 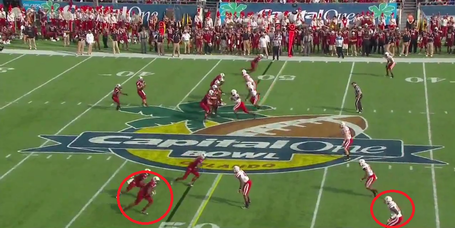 This time Jeffery is at the bottom of the picture, but again the defender gives him a cushion and Jeffery runs past him pretty much untouched. 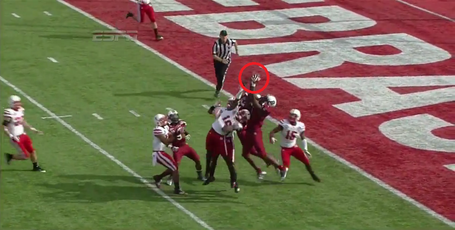 Having been allowed to get into position, Jeffery shows off his leaping ability. He out jumps everyone else (including other receivers) and catches the ball. He then manages to land securely with the ball and dive into the end zone for his touchdown.

On the odd occasion when Nebraska had Dennard up in press coverage on Jeffery and Dennard didn't get an early jam on him, Jeffery could get past. 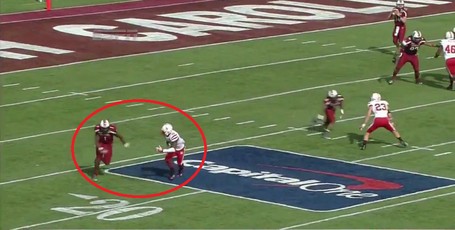 Right off the snap, Dennard fails to initiate contact with Jeffery. 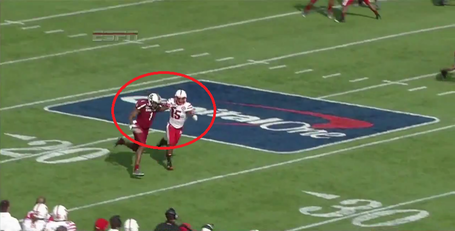 Dennard is only able to get a hand on Jeffery after he's gotten into his stride. Jeffery manages to shrug off Dennards attempts to slow him down. 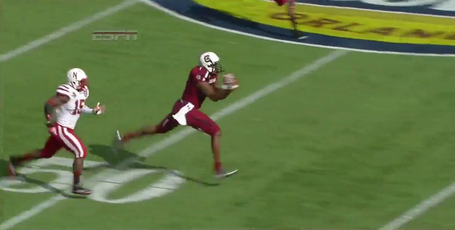 Jeffery makes the catch at around the 50 yard line and takes it another 45 yards before Dennard is able to bring him down.

But Jeffery's problem arises once Dennard was able to get a jam on him. Jeffery failed to disengage quick enough and Dennard had won the play. 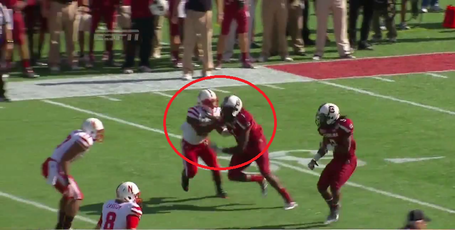 Right off the snap Dennard gets a hand on Jeffery. 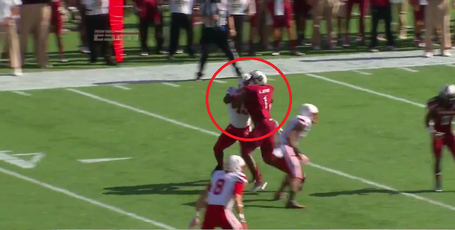 Nearly ten yards later, Jeffery still hasn't managed to disengage with Dennard. For a receiver that is 6'4", 229lbs, you would think he should be able to out muscle a defender. But he remains jammed and the quarterback is forced to look elsewhere.

This didn't happen on just one occasion either. 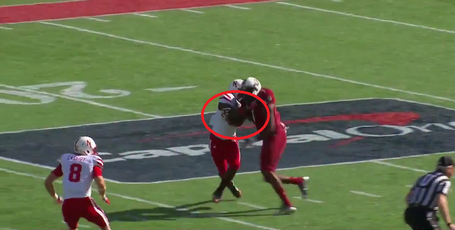 In almost the exact same fashion, Dennard gets his hands on Jeffery off the snap. 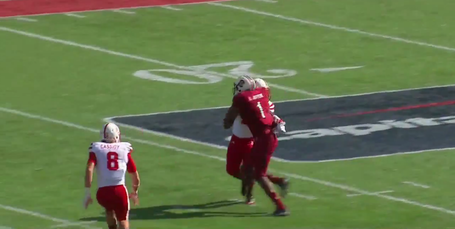 Again he struggles to disengage and ends up practically throwing Dennard to the ground to break the coverage. But Dennard did what he needed to in order to get the quarterback to look for another receiver.

South Carolina then tried to move Jeffery to the slot, but Dennard followed him. 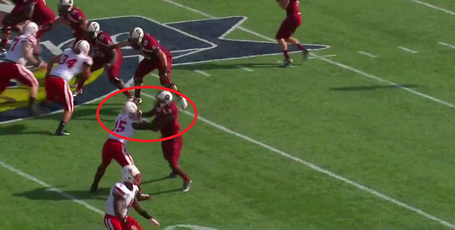 There again is the initial jam from Dennard. 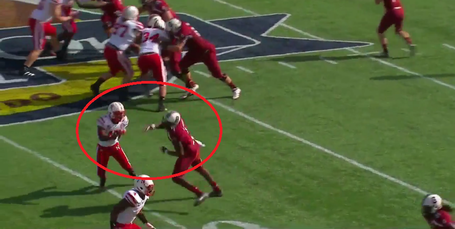 Jeffery actually manages to break the jam early but fails to get away from Dennard. 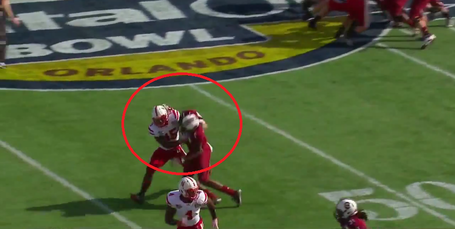 He allows Dennard to get back on him and stop him from cutting inside. 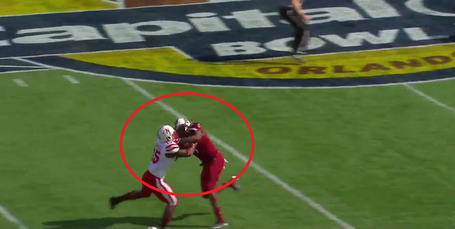 Once again Jeffery fails to disengage and the route is lost.

This failure to deal with physical coverage has hurt Jeffery's draft stock, some people saying he's dropped into the second round. Jeffery is certainly one of the players who could use with a good combine to help boost his stock back up. Which round would you draft Jeffery? Would you want him on your team?