Dear Wonderlic: Don't Pick A Fight With The Internet

Share All sharing options for: Dear Wonderlic: Don't Pick A Fight With The Internet

On Wednesday, SB Nation published a feature by Jon Bois called The NFL Combine's New Wonderlic Test, Designed To Measure Grown-Ass Adulthood. As the title suggests -- and the ensuing article confirms -- it was a work of parody, something that Wonderlic's legal team ignored with their claim of intellectual property infringement. Here's the crux of the nastygram sent by their lawyer, David W. Arnold (the "W" is for Willis, awesomely enough).

In reviewing the article, it is obvious that a reasonable reader my [sic] conclude that this test is a Wonderlic product, which obviously is not the case.

So if Bois' test is "obviously" not a Wonderlic product, then a reasonable reader certainly wouldn't confuse it for one. ("Case dismissed!" -- Every simpleton who never even took Introduction to Logic in college.)

Listen, we at SB Nation respect intellectual property, and that's why Bois has appended his post with a clarification stating that his test -- which included a "Dishwasher-safe Shrek 3 cup you got from Taco Bell" as a possible answer -- is not an actual Wonderlic product.

But there's something troubling about this habit of companies siccing their lawyers at the Internet any time a small-time comedian creates something original and funny and, yes, parodical. Parody has time and again been protected by U.S. courts at all levels, even if (and especially when) the parody is crude. Notable examples include Carol Burnett losing her suit against the TV show Family Guy, Campbell v. Acuff-Rose Music, Walt Disney Productions v. Air Pirates, and of course Hustler Magazine v. Falwell.

I'm familiar with these cases because last fall, NFL wide receiver Bernard Berrian and his PR and legal teams tried to bully me into removing a satirical post I wrote for the NFL humor blog Kissing Suzy Kolber. The result after I hired a lawyer? The post still exists online, Berrian is no longer on an NFL team, and his PR rep now has a private twitter account. Don't step to the Internet, y'all.

But we at SB Nation wish to avoid that kind of ugliness at all costs. That's why I've developed some ideas for new Wonderlic tests that I'm offering to the company free of charge. Yes, COMPLETELY FREE! It's not the best business move on my part, but I hope that this humble offering can heal the wounds caused by our rogue satirists. 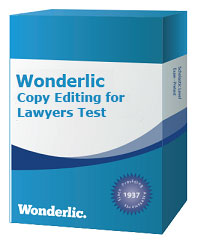 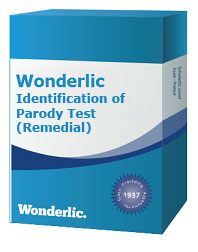 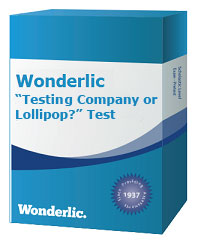 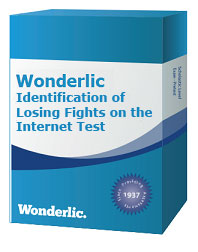 We're EVER so sorry, Wonderlic! If you should take objection to this post as well, I will happily continue to write about it in a public forum. No such thing as bad publicity, right?