Gee golly, that Florida athletic department certainly has a healthy budget, but we never assumed they'd dump millions into creating a CGI smile on young General Boom just to sell a few tickets to the spring game: 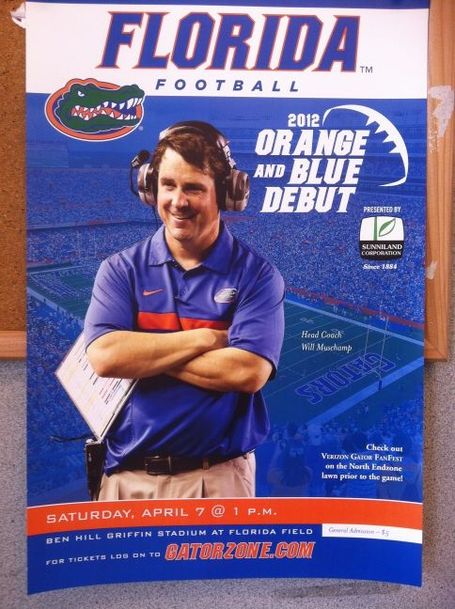 That snapshot comes courtesy of the Palm Beach Post's Jason Lieser, who marvels that such a picture actually exists. We assume -- correctly -- that such an image wasn't captured naturally, and that the Gators are either simply showing off their James Cameron levels of post-production opulence, or that last season's Florida media guide cover kept melting the skulls off of innocent passersby.

Next up: digitally removing Charlie Weis from over 200 hours of 2011 Sun Sports programming.

For more on the Gators, go to Alligator Army. Now watch this video, or that smile's coming right off Coach Boom's face...