The Washington Redskins will commemorate their 80th anniversary this season by wearing throwback uniforms in two of the team's 16 regular-season games. The Skins unveiled the Nike-designed throwbacks during the Thursday evening launch of their season-long 80th anniversary campaign. The most notable change is the helmet, which was designed to resemble the old leather versions used in 1932. Nike did an impressive job with the all-brown helmets, which even replicate the leather texture when viewed up close.

Photos of the new uniforms and helmets after the jump:

Via Rich Campbell of The Washington Times: 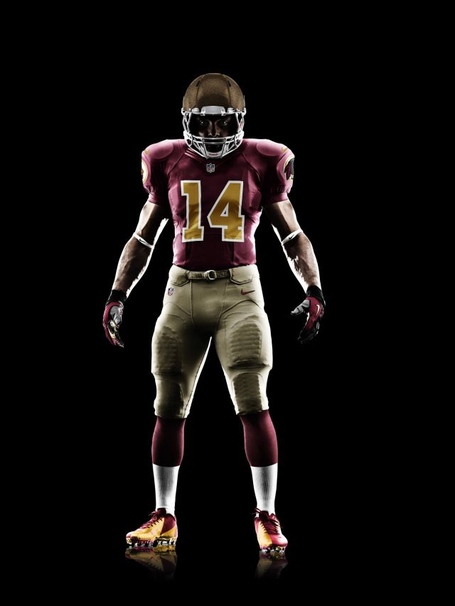 Linebackers Ryan Kerrigan and Brian Orakpo kicked off the 80th anniversary celebration by unveiling and modeling the throwback uniforms at Redskins Park. Here's a photo of Kerrigan, via Dan Steinberg: 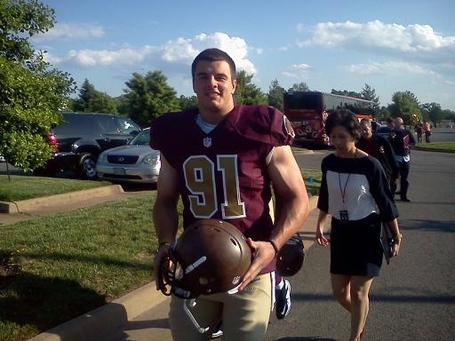 A close-up of the helmet, via Sky Kerstein: 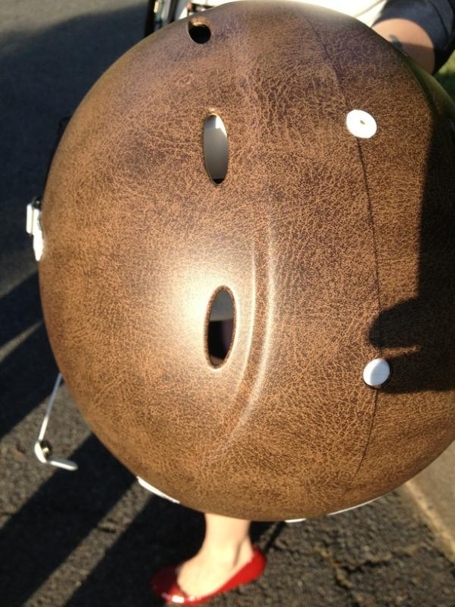 The Redskins did not announce the two games during which they will wear the throwbacks.

For more on the Redskins uniforms, visit Hogs Haven and SB Nation DC.