Floyd "Money" Mayweather and Miguel Cotto were in Vegas today for the final press conference before Saturday's HBO pay-per-view showdown. It was a rather civil affair, both sides remaining respectful, as they have for most of the buildup to the fight.

Cotto said he's ready for the fight. Mayweather talked a bit about being the best and Cotto as a legitimate, dangerous opponent. Nothing really outside of the norm.

Miguel was wearing a pretty damn nice suit-and-sunglasses combo that had him looking as sharp as ever, while Floyd wore a (no doubt ridiculously expensive) T-shirt. Both men sat on thrones for the presser, as they have for all events, because this is "Ring Kings" and everything needs to be taken to the literal extreme.

Here's a shot of the two men staring each other down: 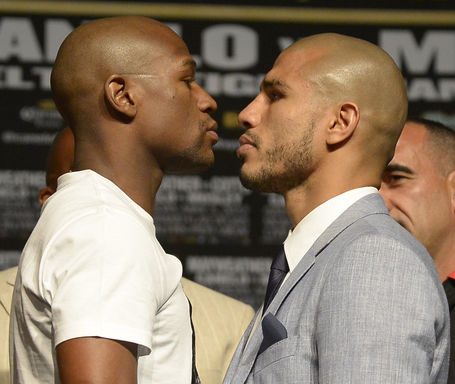 They did end the presser with a handshake, in keeping with the calm build to fight night: 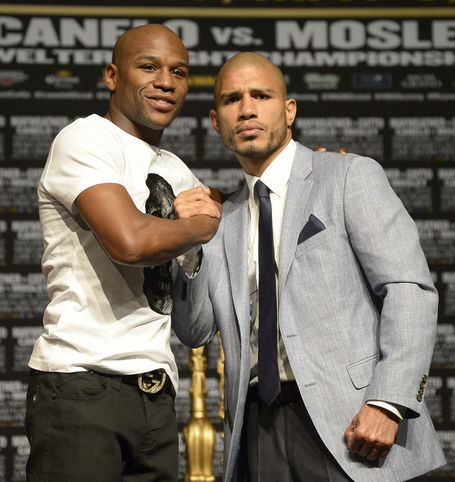