You've heard of rain delays during baseball games, correct? These are normal things and shouldn't be surprising to see. How about a game being cancelled due to fire?

We have learned tonight's baseball game between Northwestern State and #LATech has been cancelled because the Demons' field is on fire.

There's a fire near the outfield wall, thus no game. Related: We've seen a game postponed due to FIRE ANTS this year, as well.

Edit: It's a transformer fire! More on that, including a photo, can be found here. Also, awesome photo from a player after the jump. 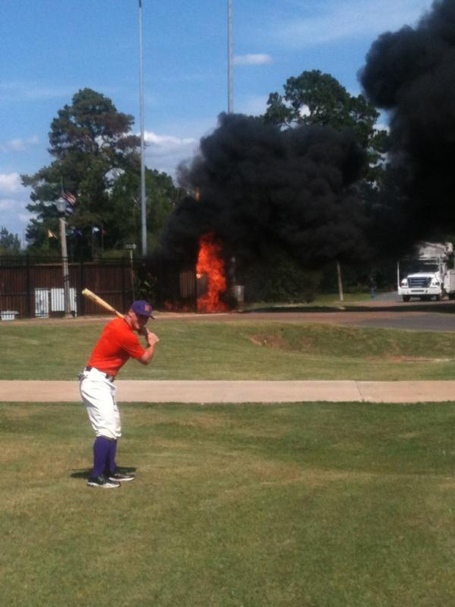