Do you love baseball? Here's a guide to explaining the game to people who don't. With visuals!

Share All sharing options for: Watching Baseball With People Who Hate Baseball: 5 Steps To Miserable Solitude

Depending on what you're looking for, baseball might be a sophisticated, beautiful, and irresistible sport, or it might be a stupid crapfest where a bunch of jerks do boring stuff all day. And now that the NBA Finals are over, it is just about all we have. The Olympics are coming, yes, and golf and tennis are here, but none of the other Big Four sports get any time on the calendar that they don't have to share with one another. Baseball, on the other hand, gets two months to itself.

If you are a baseball fan, you're almost certain to have friends who are not. At some point this summer, you may try to get them to watch a game with you. You know, to really get them into the sport and show them the things you truly love about this game. To convince them that baseball isn't boring after all.

You will be disappointed, and this will end terribly. These are the five steps you will take on your journey to eventual, miserable baseball solitude.

You will start by trotting out all the Kenburnsbaseballisms you can think of. You know, the pithy slogans, the notion that the sound a batted ball makes is objectively remarkable, the whole bit. Basically, everything said by anyone in Ken Burns' Baseball documentaries while sitting in dusty library. 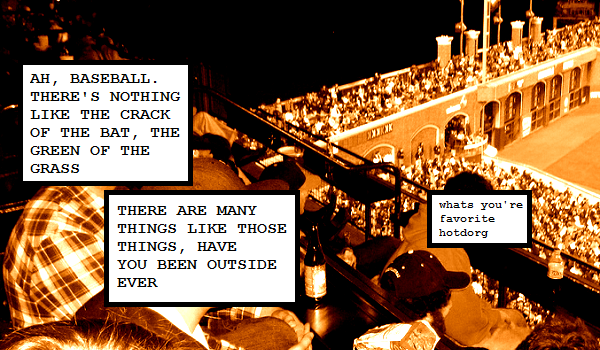 As it turns out, these sentiments are really easy to shoot down! 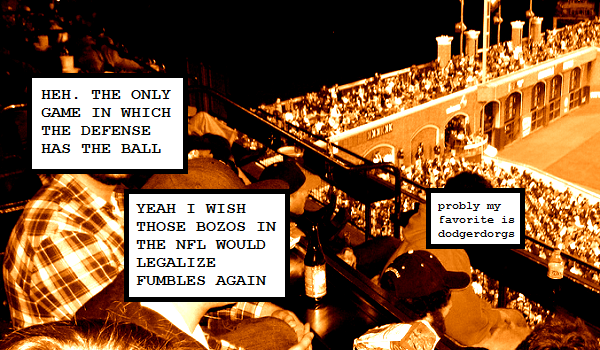 At some point you realize that you haven't even been forming complete sentences. "Heh. The crack of the bat. You know? A good ol' day at the ballpark. What a baseball. It what would baseball a baseball." 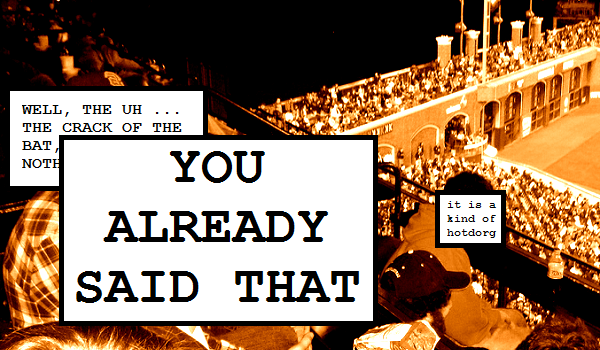 As a baseball fan, you know how sophisticated the game can be. You've spent years, perhaps decades, building a better understanding of defensive statistics, and when the knuckleball is most effective, and why the manager should leave the middle reliever in for just one more hitter.

Hm? You want to communicate this to your baseball-ambivalent friend in a single afternoon? That's going to be difficult ... 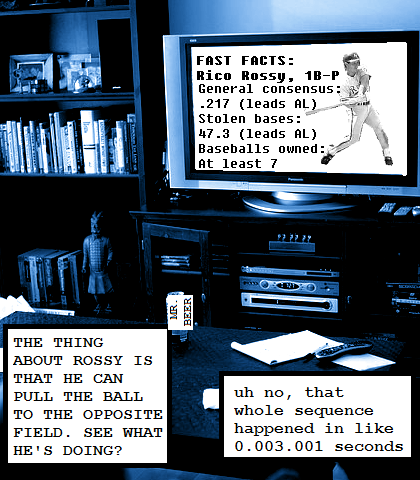 ... because a lot of things that happen in baseball are very small. I mean that literally: a pitcher's grip flashes on the screen for only a split-second, and it only takes up about 0.3 square inches on a 32-inch television.

Well, anyone can appreciate stats, right? 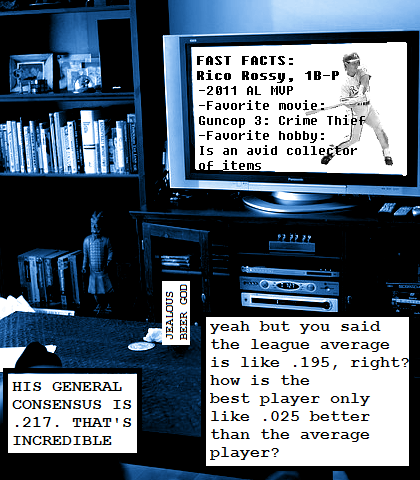 No. Especially not if your friend is kind of a smartass. 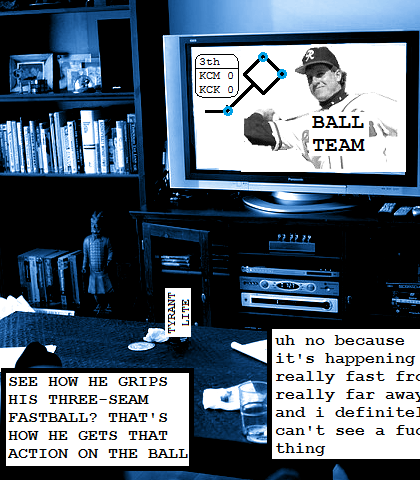 STEP 3: SHARING THINGS ABOUT BASEBALL THAT YOU THINK ARE COOL.

OK, fine. Maybe nothing crazy will happen during this particular game you're watching. Sometimes that happens. But across the untold number of baseball games that have been played, a lot of great stories have emerged. 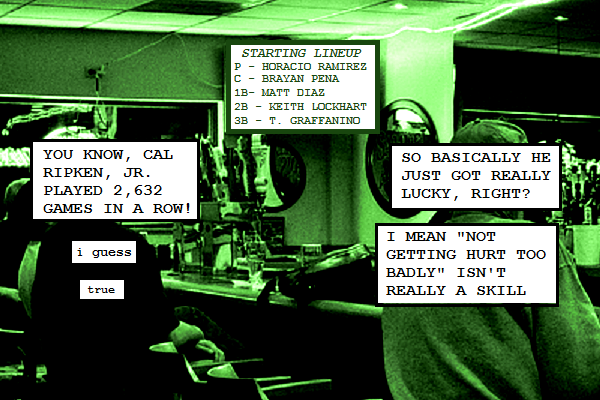 Guh. What an asshole. 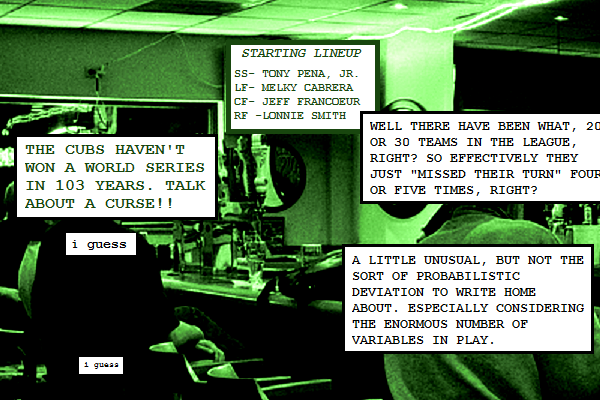 Maybe they'll humor you and say, "wow, yeah, cool." Or maybe they'll turn the mirror on what you're saying, and leave you walking away thinking that ... maybe that awesome story isn't all that awesome. 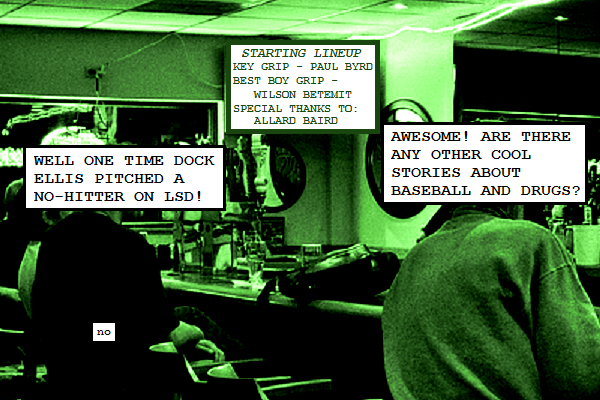 Welp, you just told the only cool baseball story ever. Hope you had fun!

STEP 4: ANGER, RESENTMENT, AND LASHING OUT.

What the Hell? Baseball is awesome. You know it is. You've watched a thousand times more baseball than they have. They should trust you on this, but they still don't. "Football is more fun!" they say. "Basketball is better! Baseball is boring!"

So if you're right, there has to be something wrong with them. 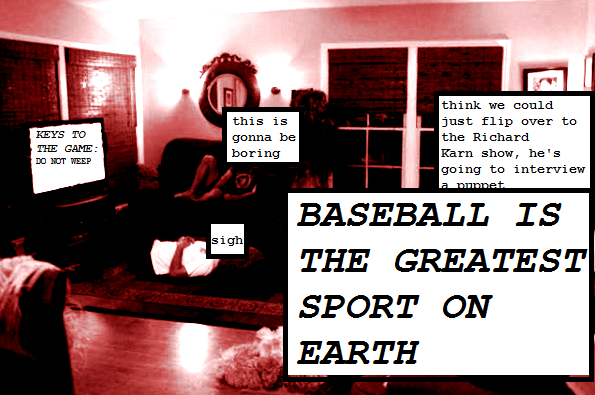 They're stupid. They have short attention spans. They're impatient children. They don't have what it takes to appreciate a "thinking man's game." 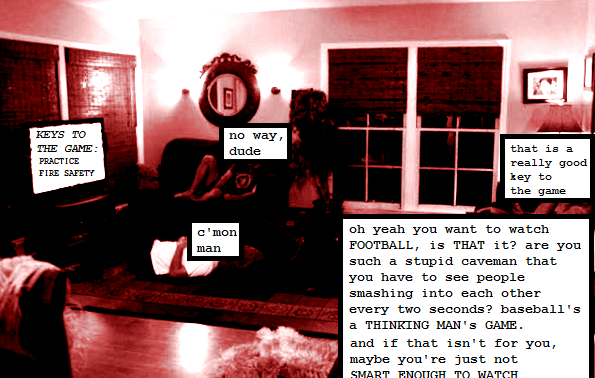 And now you have become the Grumpy Baseball Fan. This fan, unsatisfied with merely liking the sport he likes and letting that be that, is determined to ignorantly dump on other sports instead. This fan is cheating himself, since every major sport is awesome and fun to watch for one reason or another. This fan takes to Twitter and snidely dismisses any sport that, at that moment, is more popular than baseball. Don't be this fan. 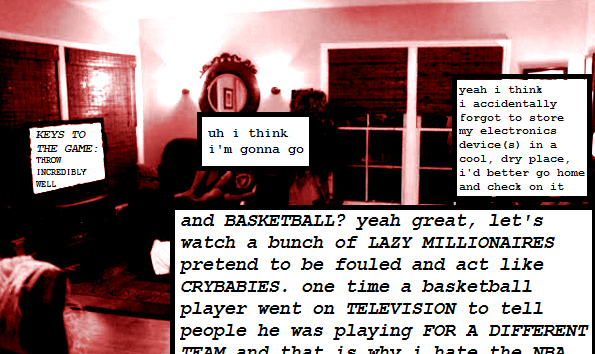 The game is over. It's getting dark out. You still haven't left the couch. The fourth consecutive episode of Frasier is on. You're looking at it, but you aren't really watching it. 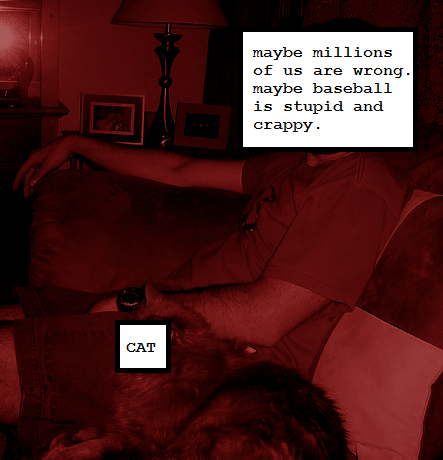 This is often our reality. Fifty years ago, everyone who watched sports watched baseball. That certainly isn't so anymore. What happened to that sitcom archetype, the one in which four buddies cracked open cans of beer and sat around the TV in the garage to watch the game? Wait, that wasn't in a sitcom at all! Shit! Why did you think that would be you? Where did you get that idea?

How did you get into this mess to begin with? What made you become a baseball fan while your friends didn't? Did you grow up with it? Watch it with your dad? Play it in high school? Whatever the process, the product was your baseball fanhood. 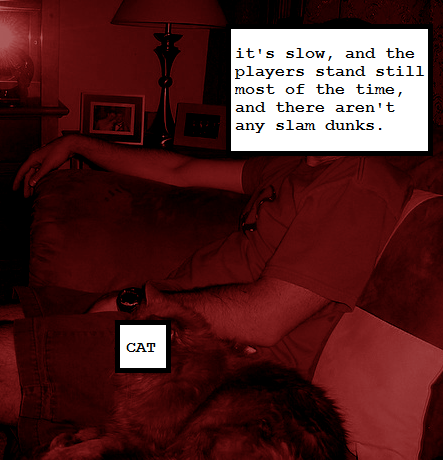 You are yoked to baseball forever, no matter how many baseball games you have to watch by yourself. You love it, and at some point, you may have to give up trying to explain why you do. 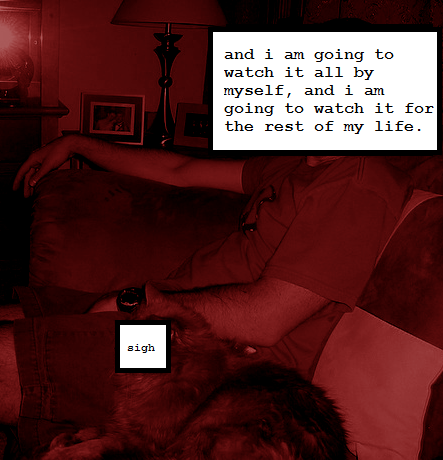 And that is exactly what you will do, whether the rest of the world sticks around with you or not. 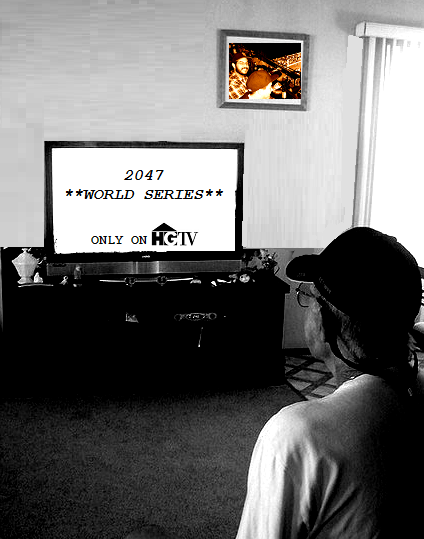