The 10 Biggest Trolls In Sports History

Before his loss to Anderson Silva at UFC 148, Chael Sonnen cemented himself as one of the best sports trolls in history, but who else can be placed on that list?

Share All sharing options for: The 10 Biggest Trolls In Sports History

In the wake of Chael Sonnen losing his UFC 148 bout to Anderson Silva on Saturday night, joy and jubilation spread across the Internet as one of the biggest trolls in sports went down and went down hard. Prior to Sonnen's fight, many of his promotional videos for the event made their way around Twitter and the Internet, featuring boasts, bravado and jabs of dubious truth.

Speaking with the confidence of a classic pro wrestling heel, Sonnen trashed Silva, his teammates, his wife and eventually his home country of Brazil in the lead up to their fight at UFC 148. While Sonnen did lose in spectacular fashion, his histrionics sparked a discussion about who the biggest sports trolls in history were.

For those who don't know what an Internet troll is, it's not just an ugly person who lives under a bridge leeching a wifi connection. This is the definition of a troll, according to Wikipedia:

In Internet slang, a troll is someone who posts inflammatory, extraneous, or off-topic messages in an online community, such as an online discussion forum, chat room, or blog, with the primary intent of provoking readers into an emotional response or of otherwise disrupting normal on-topic discussion. The noun troll may refer to the provocative message itself, as in: "That was an excellent troll you posted."

With this definition in mind, you can see how it would apply to someone like Chael Sonnen.

So, who are some of the other great sports trolls in history? With the help of fellow SB Nation contributors Bill Hanstock and Jon Bois, along with Twitter and Internet savant BBS , I have come up with a list of the best trolls in sports history, including Chael Sonnen.

While the inclusion of a great like Ali might confuse people, he wasn't always universally loved and adored as he is currently. Early in his career, even before Ali was Muhammad Ali, Cassius Clay was hated by most. His loud style and verbal antics, while common place and maybe even normal to modern eyes, annoyed both media and fans alike, white and black. Ali knew exactly what buttons to push, riffing on his opponents' style, speech, mannerisms, and even stooping so far as to their race. Ali was trolling everyone, purposely making people incensed, and propelling himself into the superstar and GOAT that we all believe him to be and creating the mold for the loud, in-your-face athlete that we know today. 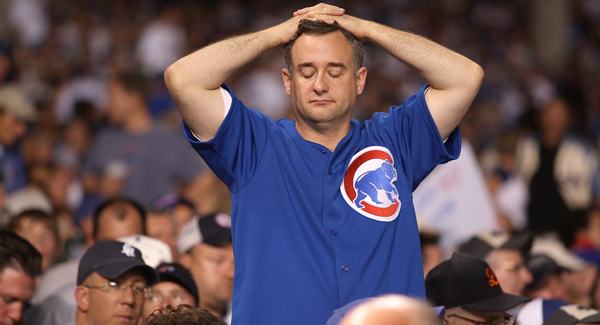 Trolls aren't just limited to people: Things can also be trolls. Things such as the lovable losers, the Chicago Cubs. Playing in a quaint matchbox of a ballpark, the Cubs have made millions off of an 'Aw, shucks' lovable loser image that makes even Red Sox fans blanch. The Cubs have the "Well, there's always next year!" motto tattooed on their forehead, as the team prints money at the expense of their fans.

The Ol' Ball Coach is a classic example of a sports troll. Spurrier knows just how to dig at teams, other coaches, and opposing fans. In his glory years with the Florida Gators, Spurrier would run up 50 points on the scoreboard before halftime and try to do it again in the second half. Just because. At one point being voted the most hated football coach in America, Spurrier continues to troll opposing fan bases to this day, and we wait with bated breath at what jabs he has waiting at SEC Media Days. 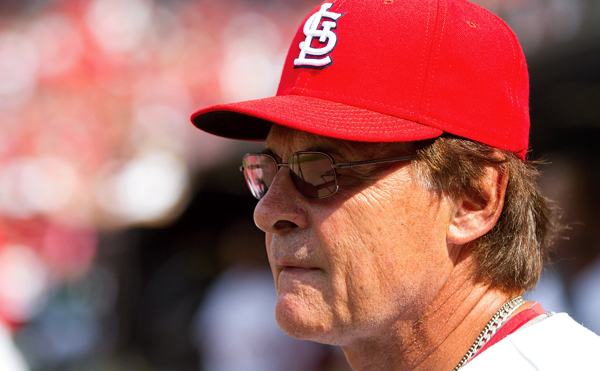 La Russa's trolling might not be readily apparent if you're not a St. Louis Cardinals fan (like myself) or a fan of a team in the National League Central. But it has come to light now with La Russa as the manager for the NL in the 2012 MLB All-Star game, with his refusal to add Johnny Cueto to the roster, another dig at his consistent run-ins with Dusty Baker, the current Reds manager. From trolling other teams, to trolling even his own team's fan base with silly things such as batting the pitcher eighth to "spark the offense," to falling in love with terrible, short, gritty middle infielders and constantly starting them ... La Russa is royalty among sports trolls. 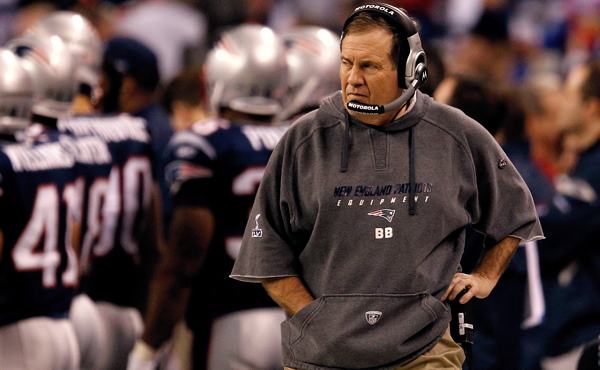 Belichick, like Spurrier, is in the classic mold of a sports troll. Just looking at Belichick in his ratty, cut-off hoody, you know he's doing whatever possible to make the NFL front office mad. At times grinning like the classic Rage Face 'U MAD,' Belichick knew what he was doing and knew that he was getting away with it. From his short answers in press conferences to questions that beg for elaboration to his manipulating of the injury report, Belichick is entering the Mount Rushmore of sports trolls. 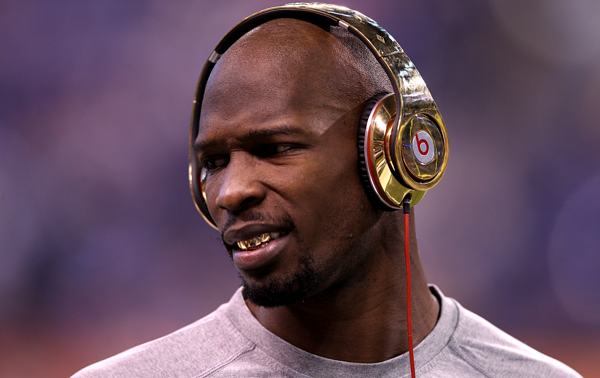 Like proto-troll Terrell Owens before him, Ochocinco has specialized in not giving a single 'F' from day one in the league. His decision to change his last time was designed to incite the anger of crusty, old white dudes who believe pro football has been going to hell in a handbasket ever since Johnny Unitas' haircut went out of fashion. From wearing a serape to live-tweeting a Toys "R" Us excursion, Ochocinco does whatever the hell he wants and his every move is certain to piss off SOMEONE. He gets bonus points for looking like he's having the time of his life while the majority of America grinds their teeth and slowly clenches and unclenches their fists.

The threat of bringing football back to the city of Los Angeles has been rising from the grave year after year, causing angst and annoyance in the fan bases of teams like the Jacksonville Jaguars, St. Louis Rams, San Diego Chargers, and Oakland Raiders for nearly a decade. There's not even a stadium for a team to play in, but the threat remains and continues to prod people year after year.

The Giants reliever has attempted to be the first person to introduce the concept of "irony" to the notoriously stodgy sport of baseball. At first, this seemed like a breath of fresh air and caused his popularity to soar. Then he kept going with it and his routine began to smack of someone trying to be Andy Kaufman without actually having anything like Kaufman's level of talent. At this point, he's been playing the "Brian Wilson" character so long that it's become a brand unto itself and no one actually enjoys it any more. Watch him shill a disgusting, quadruple-size chalupa in his dumb Brian Wilson voice and tell me this dude believes a syllable of what he's saying. 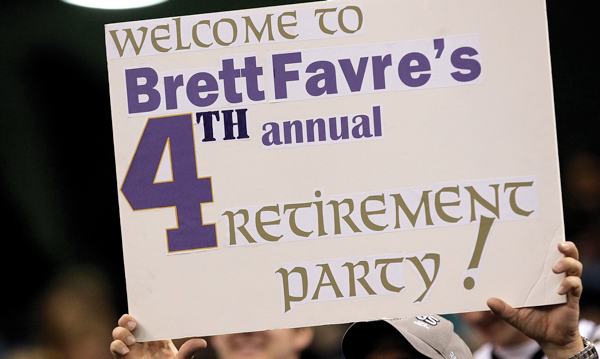 At age 32, he told Peter King he was thinking about retiring.

At age 33, he angrily dismissed retirement speculation, saying, "I can't even remember how the whole retirement thing started, but whoever started it needs to be shot."

At age 35, after a game against the Seahawks, Favre gets emotional in the locker room and hints strongly at retirement.

At age 37, he tears up at the end of the Packers' last game of the season and says, "If today's my last game, I want to remember it."

At age 38, Favre officially retires, then asks to come back to the Packers a couple months later. The Packers do not want him back, and eventually he's traded to the Jets.

At age 39, Favre officially retires again, and once again un-retires a few months later to play for the Vikings.

At age 44, Favre starts seven games for the Buccaneers, probably.

So, who do you think is the biggest troll in sports? Let us know in the comments.