What AF2 -- the developmental arm of the Arena Football League -- lacked in talent, it more than made up for with its team logos. Here is a selection of the finest the now-defunct league had to offer.

The Boise Burn sum up a lot about AF2, the developmental league for the Arena Football League that played from 2000 to its implosion in 2009. Located in a mid-sized American city underserved by the American sporting-industrial complex, the Burn started out with good intentions. The name itself was a gesture to honor firefighters in the form of an Arena team name, but also throw in some lyrical branding simultaneously.

So what did they do? They put a man on fire with a football in his mouth on the logo, combining failed firefighting with terrible football fundamentals. We may agree or disagree with a lot of things about the AF2. Its business strategy may have been doomed from the start. Its football may have been spotty and inconsistently entertaining. These are all points for substantive debate.

What we must agree on: firefighting done well does not involve a man whose head is on fire, and proper football carriage does not start with a firm bite. That's not even three points of contact. You're terrible at this, floating head.

Much of what the Corpus Christi Sharks were has vanished into the dustbin of history. We know they were indeed in Corpus Christi, Texas. We know their logo is a rabid shark ripped directly off a bankrupt surf shop's memorabilia, some place like "Ted Shockey's Surf House," or "Gnarly Bud's Beachside Scut Hut." One has to assume this, since the other alternative is the shark being engaged in a physically impossible and impossibly lewd sex act with the letter K.

Please also notice that the letter A has a mustache.

This is all the world need ever know about the Corpus Christi Sharks. 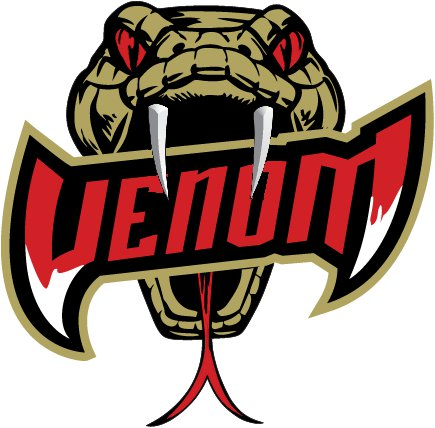 (This is the logo of the Amarillo Venom, a team that unlike many AF2 teams is still in existence playing in the IFL. The team's vagabond existence has now spanned three leagues: the INTENSE FOOTBALL LEAGUE, a real league that's championship game was logically entitled THE INTENSE BOWL, the AF2, and now the Indoor Football League, where they have a $7 special for those who want to attend their upcoming game against the West Texas Roughnecks on July 7. Their old logo from their days as the Amarillo Dusters is a swirling, vengeful fart.)

The South Georgia Wildcats might not even be real. This may just be a logo taken straight from an early release Nintendo game that created fake teams rather than pay licensing fees. Look at the map, Hiro. Find me a place where there is absolutely no one to sue us. South Georgia? Yes, this appears desolate indeed. NES America Play-Action Football is already a glorious success. Let us fly to Paris for dinner. Then Hiro and his boss would burn money to stay warm and then fly to Paris, because it was 1985 in Japan.

Even their website appears to be a plant, too cruel and staged for reality. No one would just leave this unattended for five years, floating out in cyberspace forever with its promises of a band (it wiggles when you click it!) and a dance team (appears to be in the middle of pooping when you wiggle your mouse over it!) and the Wildcats mascot, set to appear on July 19, 2007, from 2-3:30 p.m. at Phoebe Putney Hospital. We hope the Wildcat left that day, walked past his car, and just kept walking until he found peace and something like home.

(Real talk: he was arrested for vagrancy in Waycross a week later, and currently works as a carnival ride inspector for the state of Florida. He can and has been bribed.) 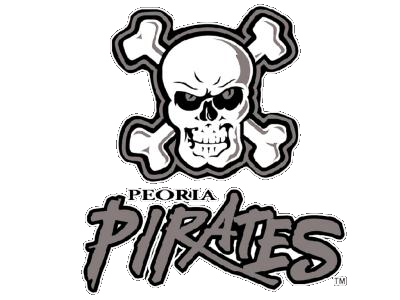 The Peoria Pirates did not even have money for color, or for making a logo using anything but ClipArt and a font known only as "Crayola Ransom." They did win the 2003 ArenaCup over the Florida FireCats, another team with an ill-conceived tribute to firefighting built into their name. The makers of AF2 had no idea what firefighting was, and may have understood it to be setting things on fire, including Floridian feral cats.*

*I cannot wait for a professional sporting franchise to name itself the Feral Cats. 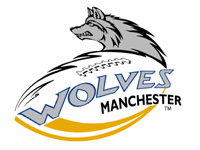 "A football with a wolf's head growing out of it like a tumor."

"Can you make the football jagged?" "So done." "And be sure to reverse the logos so it sounds like a British boxer from the 1950s. Some giant Cockney bleeder who'd take a dive for five quid and a pack of smokes?"

"I dunno. 'Wolves Manchester' sounds more like a dobro player some music critic bring up when you say you like 'This Friday Night' by Katy Perry, like 'Oh, that's such BS you should really listen to more Wolves Manchester you cretin.'"

"Whatever. Make it happen in 20 minutes, and if you use anything other than MS Paint you're fired." 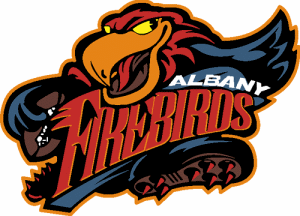 I don't know how it does it, but the Albany Firebirds logo is clearly saying "Ohhhhh girl, don't even try." That's a sassy raptor. A SULTRY raptor, even. It also has people feet, a common choice when drawing anthropomorphic birds due to the inherent scaly creepiness of bird feet. You're prepared to buy a lot when dealing with mascots, but it all falls apart when the feet pop out in their tripartite horror. The opposite end of the dynamic: going too far and giving birds creepy human teeth.

Fun fact! The Firebirds offered Michael Vick a $200 a week contract once, and then admitted it was a poorly planned publicity stunt. 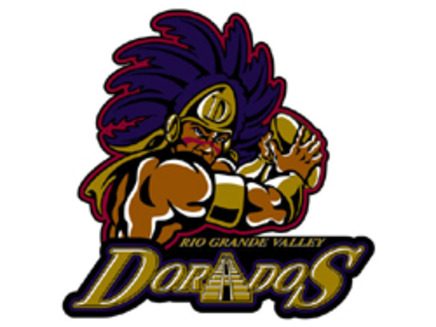 We believe this is an Aztec playing baseball with a football, a very silly way to play our nation's pastime or football. The RGV Dorados, despite their unorthodox tactics, were pretty good at football prior to their dissolution in 2009. Their great rivalry with the Corpus Christi Sharks had them at a 9-1 all-time lead in the series, actually, meaning the AF2 was terrible at a.) firefighting, and b.) the definition of the term "rivalry." Their hopes for more glory died in losses in Bossier-Shreveport. They join the entire population of Bossier-Shreveport in this achievement.

The most important person in the history of the RGV Dorados: tight end Homar Saenz

Workout secrets of AF2 will be available as an e-book as soon as we figure out what every player in AF2 did as a day job, and then just write out that day job as a workout.