2011 Heisman finalist Tyrann Mathieu was booted from LSU football after violating team rules, reportedly via failing another drug test. To play college football this year, he'll have to drop down a level, due to NCAA transfer rules. He was looking for a new school even before the news broke on Friday, so it would make sense that he might already have one lined up.

And now, via Reddit, here's an image allegedly showing Mathieu already at the Cowboys' fieldhouse: 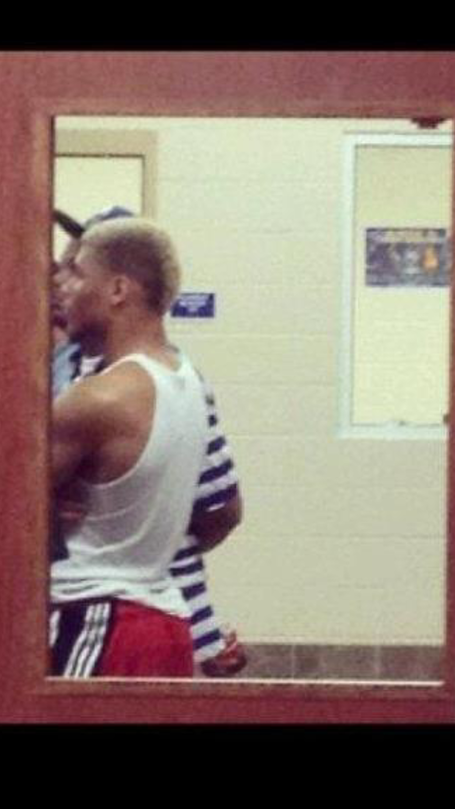 McNeese State is in Lake Charles, Louisiana, only about two hours from LSU's campus and three from Mathieu's hometown of New Orleans. You might remember the Cowboys from such troubled defensive back transfers as Tennessee safety Janzen Jackson's last year.