Move Over, McKayla: Mo Farah Is The Hot New Meme

Share All sharing options for: Move Over, McKayla: Mo Farah Is The Hot New Meme

When all is said and done, the 2012 Olympic Games may very well become known as the "Meme Olympiad." You know what? We're totally cool with that. We've already become endlessly infatuated with McKayla Maroney not being impressed by things. Now it's time for the host country's greatest feel-good story to get Photoshopped into things. Take it away, Internet!

It's somewhat surprising that this meme didn't hit the webternets about 45 seconds after Farah's singularly expressive gold medal win in the men's 10k, but it was worth the wait. We proudly present to you "Mo Farah Running Away From Things."

Here are some of the best images from that lovely, lovely Tumblr. 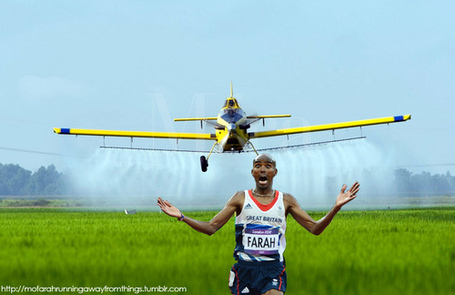 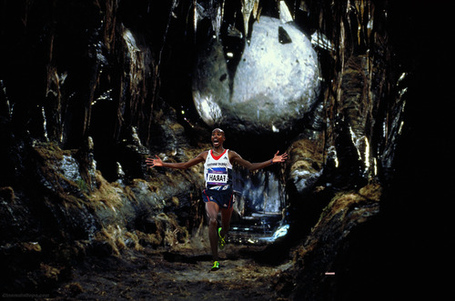 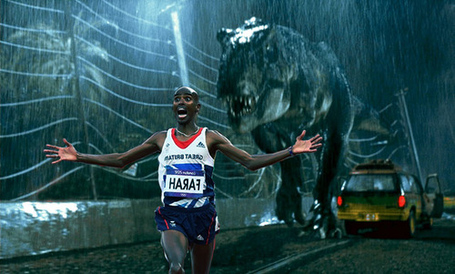 Makes you wonder what sort of things we missed out on during all those boring Olympics before the advent of the World Wide Web. Probably memes like "Kerri Strug Getting Carried By Chewbacca" and "Bruce Jenner Can Haz Cheezburger?"

What would we do without you, Internet? Well, we'd be looking at a lot less cat pictures, at any rate.