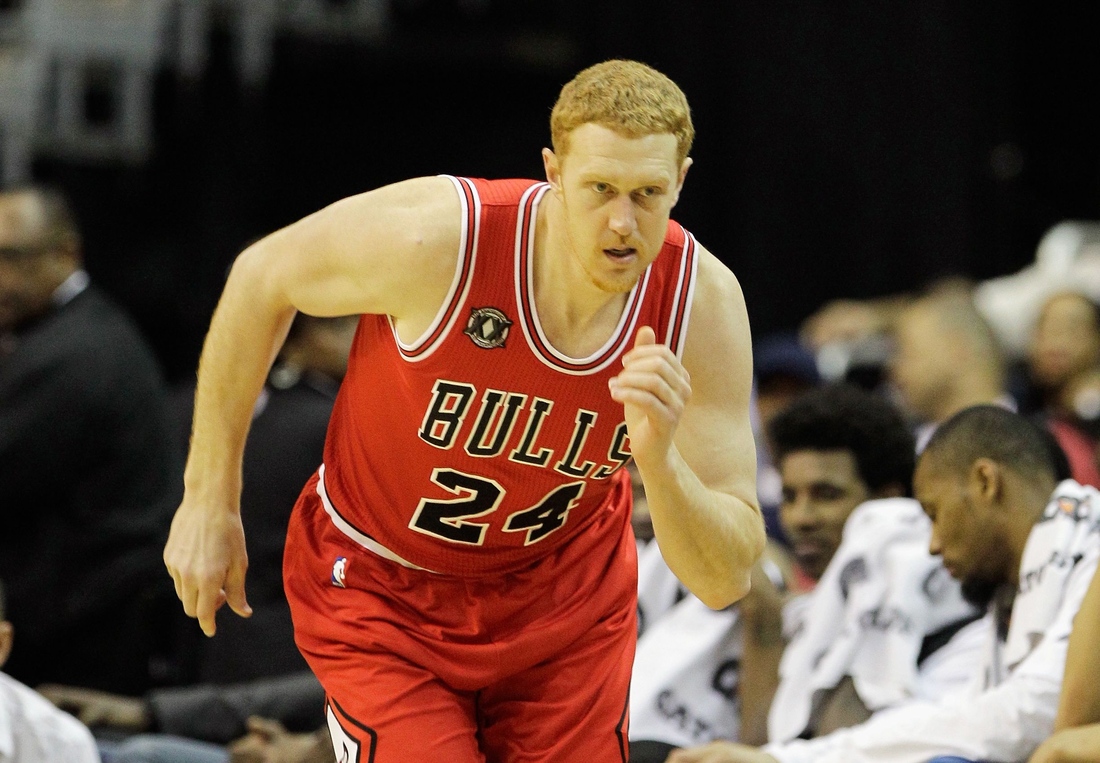 "Hey, I’d turn on the TV in Seattle and there was Shawn Kemp. How am I ever going to think I can be a pro watching Shawn Kemp?” Scalabrine asked with a laugh. “I wanted to coach basketball and teach.” That's from today's fantastic interview Brian Scalabrine did with Chicago's Sam Smith.

Scalabrine's been a cult hero from the day he joined the NBA. First with the New Jersey Nets, then with the Kevin Garnett Celtics, and the past few years, with the Chicago Bulls. We've known him for his entire career as the lovable 10th man on some of the Eastern Conference's best teams. This isn't necessarily an accident, he tells Smith.

“For me and my personality and my style of play it’s much better to be on a good team," he says. "What good would it do me being on the Wizards last year?” Well first of all, Scal, you have NO IDEA how much fun I would've had cheering for you on the Wizards last year. If you have to cheer for a bad team, you should at least get to cheer for a giant redhead who's built like Louis CK and shoots threes and seems like an awesome guy.

Alas, looks like his career's coming to an end, and up close, the story of Scal in the NBA is actually a pretty awesome one. More from the interview:

Scal wasn’t much of a basketball player as a reasonably well rounded kid growing up in a rural area near Seattle in Enumclaw, Washington. The guys played basketball, so he tried out. He was cut as a freshman in high school. And not the Michael Jordan cut. Michael wasn’t promoted to the varsity because they needed a big guy. Scal was cut because he wasn’t good enough to play freshman ball.

“The thing for me is I always loved to play and I never get discouraged,” recalled Scalabrine. “I had huge feet, size 17 same as now, but I was 5-11. I’m not a natural athlete. I’m athletic in the sense I can play sports. But run fast, jump high, things like that? No. The biggest thing when I look back is how hard I work. A lot people say they work hard. And they do. I’m running on the track five, six times a week, pushing myself. Guys go into the gym and dribble and shoot. For me, I learned how to work. That was the difference.”

From there it was onto junior college, USC, and eventually the NBA, with doubters popping up every step of the way. It took time, but eventually he had as many believers as skeptics. Elsewhere in Sam Smith's profile, you'll find glowing testimony from Tom Thibodeau, Kevin Garnett calling Scalabrine the best teammate he's ever had, and most importantly, some thoughtful insight from the man, himself, about what it takes to be a successful role player in the NBA.

"I still think the most important aspect is to adapt," he says. "See what this guy is doing and counter that. OK, a guy comes down and goes right really hard. That’s what he does. I’ll be ready next time. The elite players and athletes of the NBA are from a different planet."

He's right, and ginger jokes aside, maybe it's kind of inspiring? There are definitely some lessons in there that apply beyond the NBA. But then, it's also just a great, long overdue profile one of the greatest fringe characters the NBA's had for the past 10 years or so. Go enjoy it.