About That Penn State Shirt

Share All sharing options for: About That Penn State Shirt

According to a tweet, this shirt is available in the Penn State bookstore: 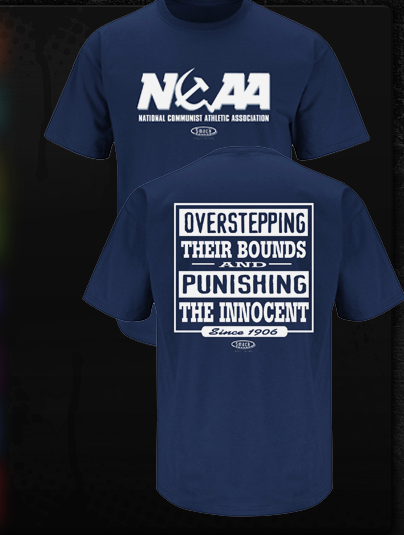 That's not the whole story, though.

First, the shirt isn't in the Penn State bookstore. It's in one of those offshoot stores that isn't licensed by the university. It's not affiliated with the school, so put the pitchforks away for a moment.

Second, the shirt itself wasn't made by Penn State fans. It was created by Smack Apparel. If you take a quick look at the company's website, you'll notice a pattern. The shirts they make are more of the "shock" variety, and the one above certainly qualifies. It's a way to get a reaction.

So, yeah. It's still not a good look, but it's not as though Penn State is protesting the sanctions by tossing this tee shirt into its stores. There's pretty obviously a market for it, and Smack Apparel is attempting to capitalize on said market. But ... fine, can this all go away now, please?