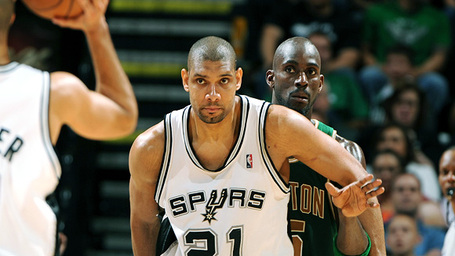 Through four quarters of football, the Houston Oilers and the Dallas Texans were knotted at 17 in the 1962 AFL Championship Game. There was little doubt these were the top two teams in the American Football League -- the Oilers had won the first two titles in league history, while the Texans franchise would win three championships of their own from 1962 to 1969, and also beat the Minnesota Vikings in Super Bowl IV.

Prior to the start of the overtime, Texans captain Abner Haynes received last-minute instructions from coach Hank Stram over what he would say should they win the coin flip. "If we win the toss, we don't want to receive," Stram said, noting the intense winds at Jeppesin Stadium. "We want the wind. If they win the toss, we want to kick to the clock."

Haynes was a terrific running back who had won the very first AFL MVP award in 1960, and had scored Dallas' only two touchdowns on the day. Dallas indeed won the coin toss, but Haynes committed an enormous gaffe, misreading Stram's directions and informing the referee, "We will kick to the clock" -- much to the agony of Hank Stram. In his haste, Haynes had given the Oilers the football with the wind at their back, while the Texans were forced to play into the wind.

"I was thinking running game," Haynes recalled in the book, Going long: the wild 10-year saga of the renegade American Football League. "The field was slanted. So when I said, 'kick to the clock,' I was simply pointing downhill. It was a stupid statement 'cause you're supposed to be checking the wind. I didn't give them the wind. That was my mistake."

Haynes' faux pas initially proved costly, as the Texans failed to put points on the board in the 15-minute extra session. But the Oilers, who had been rallying back from a 17-point deficit, were unable to capitilize. After one overtime, the score was still tied at 17. The game went to double-overtime, where both teams were forced to trade sides. Now playing with the wind, the Texans were finally able to drive deep into the Oilers' territory. After 17 minutes and 54 seconds of sudden death football, Tommy Brooker converted on a 25-yard attempt, giving Dallas a 20-17 victory in what was the longest AFL game in history, and the first professional football game to go to an overtime since the Giants-Colts classic from 1958.

"This was the greatest team effort I have ever seen," Stram said after the game. "This team never gave up. They just stayed in there and fought."

The most obscure school imaginable knocks off the best college basketball team in the country. Chaminade University has done little since in the field of basketball, though their name lives on as the victors of one of the largest upsets in sports history.

It might be the most fortuitous injury to ever happen to an NBA superstar.

In a home game against the Miami Heat, San Antonio Spurs center David Robinson leaves the game with a broken foot. For Robinson, who had also missed the first 18 games of the year with a bad back, it was the end of both his and the Spurs' season. Without their best player, San Antonio faltered and finished with a 20-62 record in 1996-97, only behind the Boston Celtics and Vancouver Grizzlies for the worst record in the league.

However, Robinson's injury was a blessing in disguise. Thanks to their terrible record with Robinson only playing in six games, the Spurs were able to acquire the No. 1 pick in the NBA draft. They used that pick to select Tim Duncan, adding the best bigman of the next decade to an already competitive roster. Just two years after drafting him, San Antonio won their first title in franchise history. They would win four titles over the first decade of Duncan's career.

It's impossible to know how the ping pong balls would have bounced, but if not for Robinson's injury, the Boston Celtics likely could've attained the No. 1 pick. Had this been the case and had they drafted Duncan, the Celtics probably would have won an NBA championship long before they did so in 2008, and coach Rick Pitino may not have walked away in 2001. 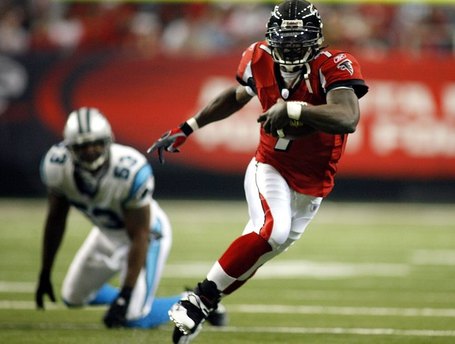 (Vick runs against the Panthers in 2006. Photo by Marc Serota, Getty Images)

The Atlanta Falcons hand Pro Bowl quarterback Michael Vick a 10-year, $130 million contract -- then the richest deal in NFL history. Vick, who was the No. 1 pick in the 2001 draft, had transformed the previously-lowly Falcons into an NFC South contender. Not only was he 24-12-1 as a starter, he had single-handedly managed to fill the stands in Atlanta, something that hadn't been done in quite a while.

Falcons owner Arthur Blank explained why he felt the deal was a no-brainer. "I'll share with you a comment I made to Michael and to his agent over the summer," he said. "I said, 'Michael, you understand that the only way you'll leave Atlanta will be in a box.' And I said, 'Coming from New York, you understand what I'm talking about.'"

The legitimacy of the deal was questioned almost immediately. Vick was not as precise a passer as Tom Brady or Peyton Manning, and now that he was richer than either of them, fans expected him to take the next step. Instead, the Falcons missed the playoffs the following two seasons, leading many to question if Vick would ever evolve as a quarterback.

As it turned out, Atlanta only had to pay for two of the 10 years on his contract. In 2007, Michael Vick was indicted and found guilty on charges of dogfighting and was sentenced to almost two years in jail. His deal with the Falcons went off the books, costing Vick roughly $104 million in future salary.