Today in Sports History: May 22nd

Share All sharing options for: Today in Sports History: May 22nd 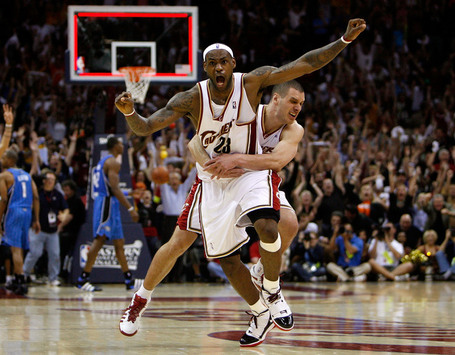 Not long after the franchise was sold to a group of Philadelphia businessmen, the Syracuse Nationals are given permission by the National Basketball Association to move to Philadelphia, Pennsylvania. The Nats filled the void of the Philadelphia Warriors, who had left for San Francisco just a few years earlier. In August, the Nationals changed their name to the 76ers -- in honor of the Declaration of Independence, which was signed in Philadelphia in 1776.

The NBA was originally born from a merger of two basketball leagues: the Basketball Association of America (BAA) and the National Basketball League (NBL). Several NBL teams entered into the new NBA, and of those teams, the Nats were the last one to move from their original city. The Tri-Cities Blackhawks moved to Milwaukee and Stl. Louis before settling in Atlanta; the Minneapolis Lakers shifted to Los Angeles; the Fort Wayne Pistons moved to Detroit; and the Rochester Royals eventually became the Sacremento Kings.

At the Boston Garden, in Game 7 of a semifinals series between the Atlanta Hawks and the Boston Celtics, Dominique Wilkins and Larry Bird had the greatest mano-a-mano duel in league history. Wilkins scored 47 points on 19-33 shooting and put in 16 in the final quarter, while Bird scored 34 points, 20 of them coming in the fourth.

Down the stretch, the game turned into a one-on-one battle between Bird and Wilkins. At one point, both players answered with three consecutive baskets -- all during a nail-tight game that was anyone's to win. In the end, Bird was just a little bit better, making nine of 10 shot attempts in the period including his final six. His last bucket, a left-handed scoop shot in the lane, caused CBS announcer Brent Musburger to proclaim, "You are watching what greatness is all about."

Boston won, 118-116, and advanced to play the Detroit Pistons in the next round. Hawks guard Doc Rivers chipped in with 16 points and 18 assists, while Kevin McHale added 33 points and 13 rebound. But both performances were utterly obscured by Bird and Wilkins.

Annika Sorenstam becomes the first woman in 58 years to play in a PGA tournament, capturing the attention and hearts of more people than any female golfer had ever done. Her rounds were so important that CNBC, along with their usual stock ticker, also ran a crawl that updated her score. But in the end, Annika failed to make the cut. 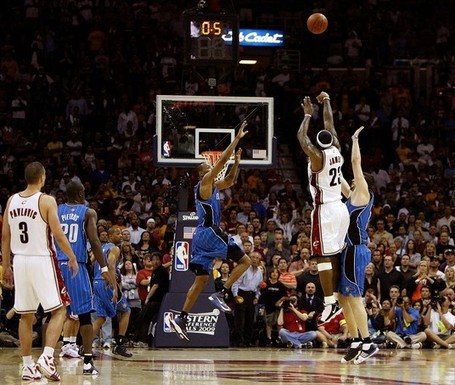 The first buzzer-beating, game-winning shot of LeBron James' playoff career was remarkable to say the least. After a tough jump shot by Hedo Turkoglu with 1.0 seconds left, the Orlando Magic had a 95-93 lead over the Cleveland Cavaliers. Another win in Cleveland would give them a 2-0 series lead, with three of the next four games in Orlando. In other words, a Cavs loss would essentially clinch the series for the Magic.

That was when LeBron James saved the day. Catching the ball from the right-center point of the three-point line, James faded away with Turkoglu all over him. With almost no time on the clock, all LeBron could do was catch and shoot. And to the amazement of everyone watching, his three was nothing but nylon. LeBron was met by Sasha Pavlovic at mid-court, and then the rest of the team, who mobbed him in jubilation. The Magic players looked stunned and head coach Stan Van Gundy simply shrugged before walking off the court.

The shot gave the Cavaliers a 96-95 win, and evened the conference finals series at one game apiece. Many were quick to label the shot as one of the greatest of all time. Some dared to even refer to it as "The Shot," in reference to Michael Jordan's famed game-winner that ended the Cavaliers' season in 1989.

In Game 5, Cleveland's only other victory in the series, James again saved the day -- scoring and assisting on every basket they scored in the 4th quarter. Yet it wasn't enough, as the Magic dominated the Cavaliers in Game 6 to advance to the NBA Finals. Although Orlando won 59 regular season games, and had beaten the Cavaliers soundly in the regular season, their series victory was an enormous upset (all ten of ESPN's basketball experts picked the Cavs to win). The Cavs had won a league-high 66 games in the regular season and had swept their previous two opponents -- yet in the end, just being the LeBron James show wasn't good enough to get them to the Finals.