This Week In GIFs: A Bird Flies, A Man Screams, All Is Ruined

Week 18 of THIS WEEK IN GIFs is here, and has delivered us some of the weirdest sports GIFs we've ever seen. Vote, and help us determine a champion.

Share All sharing options for: This Week In GIFs: A Bird Flies, A Man Screams, All Is Ruined

I'm going to say this right off the bat: this is the best week of GIFs we have had in the illustrious, 18-week history of THIS WEEK IN GIFs. Together, baseball and football will grant us everything we will ever need.

As usual, Matt Ufford, Dan Rubenstein, and myself spent a couple minutes giggling over our favorite GIFs. Here are our picks for this week:

Voting will remain open until Sunday at 11 p.m. Eastern. Enjoy!

It's beautiful. If the camera just held on Tim Lincecum being a chucklehead, it would be a funny GIF and we'd laugh at it and we might even vote it GIF President for a week. But, y'all. This is a head-on collision of the planned and the spontaneous. The camera pans across the dugout during the most serendipitous of moments.

It reminds me of an establishing shot from a 1990s cartoon, like Doug or The Simpsons or one of those sorts. The illustrators tend to kind of mail these in, so the characters are generally at a distance, motionless, and not as well-drawn as they normally would be. But they throw in one character doing something weird. In The Simpsons, this would be Ralph picking his nose. In Doug, it would be Roger Klotz doing a kickflip on a skateboard or something. You know what I'm talking about?

That's not a particularly compelling trope or anything, but to see it spontaneously imitated in real life is pretty amazing. Plus, you know, Tim Lincecum is a chucklehead. Check the video above for more of my sentiments on this GIF -- specifically Hunter Pence's rapt attention.

I don't dislike Matt Cassel. No matter how bad things get, he's still my team's quarterback. He's just destined to be the 23rd-best quarterback in the NFL forever and ever, that's all.

The Chiefs are just not really a "quarterbacks are important" sort of franchise. Over the last 30 years, this team has drafted 11 QBs, only one of which was a first-rounder. Only one started more than 10 games in the NFL. We just trade for quarterbacks, really. Sometimes it's a Trent Green or Joe Montana, and the team's offense becomes a juggernaut.

And sometimes it's a Matt Cassel. If he were in just about any other franchise, there's no way he'd be able to keep an iron grip on the starting role for four years. He's in Kansas City, though, you see.

This really is the best GIF week we've ever had.

The end of this game produced several great GIFs, but I had to run with this one. This guy might not be quite as great as the legendary Jeremy Shockey GIF. That's OK. It's sort of a different animal. In the same frame we have a) the ball doinking off the post, and b) dude who's still celebrating because he doesn't see it because he's ... too busy celebrating.

Perhaps he was just celebrating the simple fact that the ball actually got into the air. OH MY GOD IT WORKED YOU GUYS WE'RE GOING TO WIN THE SCIENCE FAIR FOR SURE

(Via Chad Moriyama, suggested by @purplecarnival)

There's a whole lot to pick from here, but: if you're an umpire it's kind of a bummer to get pegged in the ass with a baseball, right? Because by definition, your ass is to the play.

I wonder whether robot umpires will have butts. 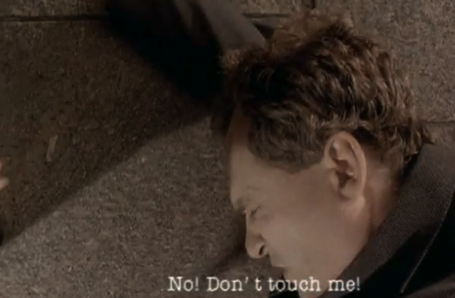