The New Year's Day tradition of the Rose Parade is in full swing with plenty of great floats on display.

Share All sharing options for: Rose Parade 2013: Floats get fans in festive spirit

Before the Rose Bowl game, there is the Rose Parade, a wonderful display of beautiful floats and marching bands the morning of the big game.

Of course, this is a great chance for the teams involved in the game to show their school spirit, including this float for the Wisconsin Badgers, which was confidently titled "Touchdown" 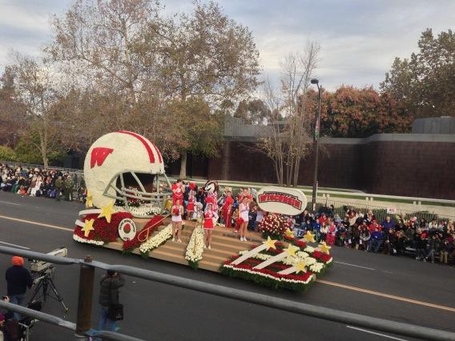 As for Stanford, their float took a more conservative name of "Go Team." 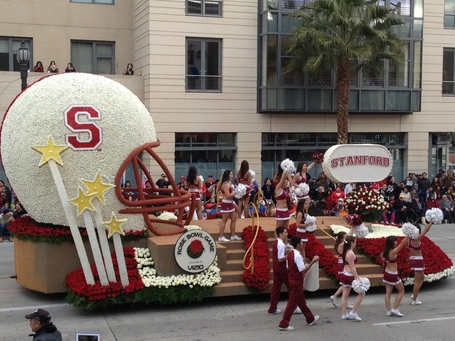 This is the third consecutive year in which Wisconsin is playing in the Rose Bowl, however they are looking for their first victory in Pasadena since 2000 which was, ironically enough, against the Stanford Cardinal. This is also the third straight year for Stanford in a BCS game. Stanford is currently a 6.5 point favorite over Wisconsin, who finished third place in the Big 10 Leaders division but got the chance to play for the conference championship due to sanctions against Ohio State and Penn State.

Kickoff is scheduled for 5:10 p.m. ET. It will be televised on ESPN.