Stanford's marching band provided an "Ode To Cheese" in honor of Rose Bowl opponent Wisconsin, and a lot of people expressed their outrage on social media.

Stanford's marching band is an unconventional group of pranksters whose Rose Bowl halftime show featured an "Ode To Cheese" (Get it, Wisconsin? #lulz) and some 1990s punk rock.

In the hyperbolic parameters of social media commentary, this of course makes the Stanford band an affront to patriotism, justice and the United States of America. Let's take a brief look at some either boring or terrible people with internet access:

My new dream for bowl season is to see JaDaveon Clowney with a full-speed hit on the Stanford band.

Its smug and cheesy. I can't stand it. RT @zbloxham: The Stanford band is what happens when rich kids are allowed to express themselves.

There's the Badger Band to make the Stanford band look like the amateurs they are. #rosebowl

The Stanford band: a bunch of rich kids pretending to be poor.

The Stanford band is proving a point that halftime is for getting more beer.

The average Kenyon professor is more patriotic than a Stanford band member.That is terrifying.

Guy in the Stanford band has a "legalize pot" shirt on. What an embarassment. Stark contrast to the classy WI Band #RoseBowl2013 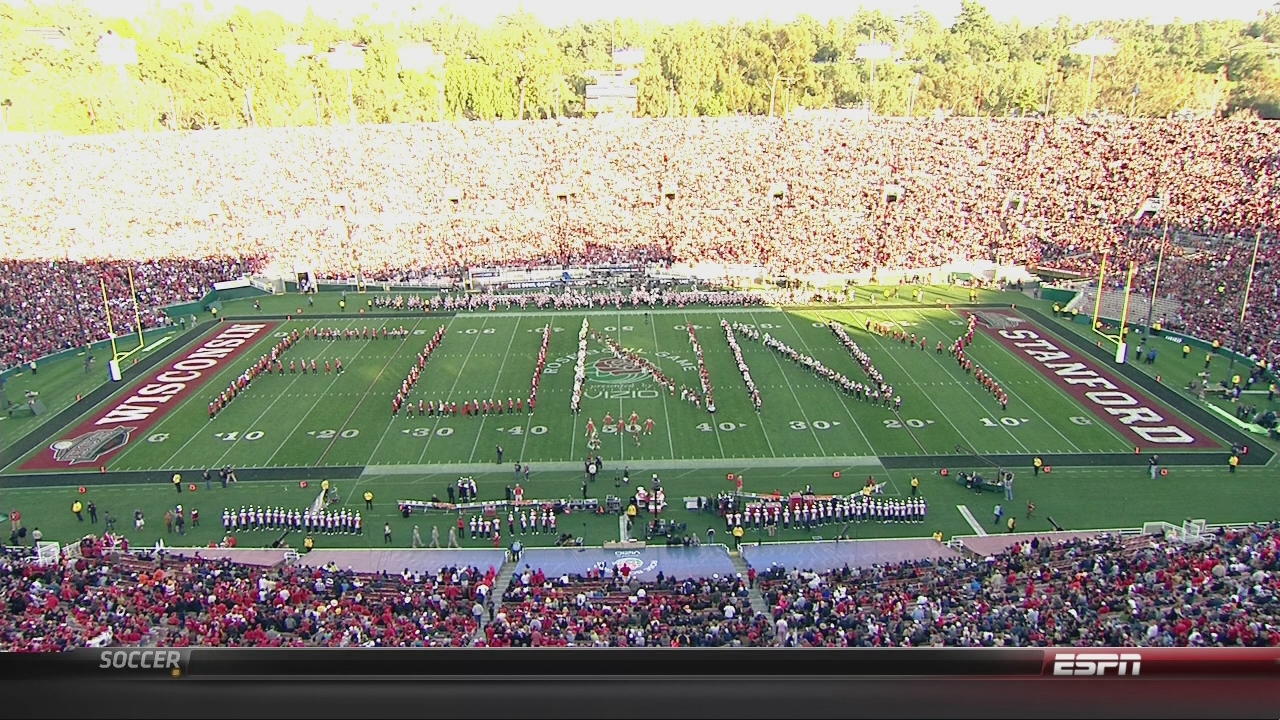