Kemba Walker keeps his head up as leader of lowly Bobcats

Kemba Walker has lost almost as many games this season as he did in three years at UConn, but he's improving amid the losing.

Share All sharing options for: Kemba Walker keeps his head up as leader of lowly Bobcats

TORONTO -- "In this league, what we're doing, it can crack your molars," Charlotte Bobcats head coach Mike Dunlap said Friday.

What the Bobcats are doing is playing young guys. A lot. Trading Gerald Wallace at 2011's trade deadline and Stephen Jackson on draft day four months later, Charlotte committed to a rebuild and invested in failure. There has been no shortage there -- after going 7-59 in an atrocious, abbreviated 2011-2012 season, the Bobcats are 9-26 this year. They've lost 21 of their last 23. That all sounds alarming, but it shouldn't be shocking. Consider that four of their five starters hadn't played an NBA minute 13 months ago.

Dunlap knows this is a process and said he's seen progress. He's hoping this group will learn from losses, grow tougher together and follow its leader. That leader is Kemba Walker.

Walker won 32 games and an NCAA championship as a junior at the University of Connecticut. He won the Bob Cousy Award and was the MVP of the Big East Tournament and MOP of the NCAA Tournament, accolades attributed to not just his super speed and hellacious handle, but to his dogged desire and determination. He wanted the ball, he wanted the pressure and, more often that not, he came through. It resulted in Charlotte selecting him No. 9 in the 2011 draft.

He has won 21 games since then, including Summer League and preseason.

"It happens. Everyone goes through it," said Walker. Though in reality, almost no one goes through that much of it. "It's just about staying within yourself, staying with your teammates and just getting better throughout the whole process. I hate losing, but at the same time you just gotta get better."

As well as loads of losses, Walker endured endless questions about how tough it must be for him after winning with the New York Gauchos AAU club, Harlem's Rice High and UConn. He had to keep showing up, keep learning, keep trying to please his coach and keep his head up.

"I think I handled it really well, actually," Walker said. 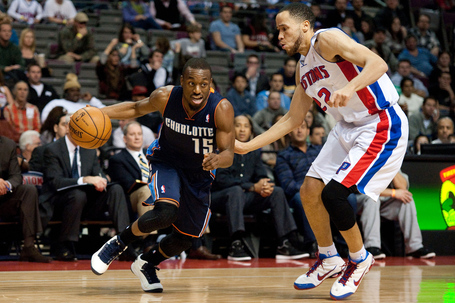 While Walker's rookie year -- with averages of 12.1 points and 4.4 assists in 27 minutes a game, shooting 36.6 percent -- was marked by not just defeats but inconsistency, this season he's seemed steadier with the ball and with his role. Under head coach Paul Silas last year, he had a triple-double and nine 20-plus-point games. He also had 12 sub-20-minute games. He started 25 games. In 41 games, he backed up D.J. Augustin. When Silas spoke of him, he praised his coachability, his toughness and his potential, but he tried to rein in his scoring instincts at the point guard spot.

When Dunlap took over this past off-season, he decided there would be no debate as to Walker's place on the team. It started at Summer League, with Dunlap calling him his quarterback and asking him to use his voice and his fearlessness, then carry it into the season.

Walker remembers his first conversation with his coach clearly. "He just told me he wanted me to get back to my old self," he said. "He told me to be aggressive. He wanted me to become the leader of this team. He just wants me to be one of the best."

Though Walker was obviously one of the best on the collegiate level in his final season as a Husky, it wasn't like that when he first stepped on campus. Charlotte forward Jeff Adrien was a senior at UConn when Walker was a freshman, the former the leader and the latter a backup. Adrien remembers Walker talking about Gonzaga's Jeremy Pargo as a tough match-up -- the same Pargo who earned a DNP-CD when the Bobcats met the Cleveland Cavaliers just over a week ago.

Walker came off the bench as a freshman behind A.J. Price and also shared backcourt minutes with Jerome Dyson (before his knee injury) and Craig Austrie. He averaged 8.9 points and 2.9 assists in 25 minutes per game. "In practice, against A.J. and Craig, he was just competitive. He definitely belonged there, he was able to compete with them, give those guys fits. And I know those guys gave him fits and he just got better from that ... It wasn't easy and everything Kemba did that freshman year was all earned and well-deserved," Adrien said.

Adrien saw an 18-year-old Walker break out and grow up in late March of that freshman year, checking in to score 23 points on nine shots, plus five assists and five rebounds in 23 minutes against Missouri. The performance took his team to the Final Four. Adrien said on that night, the zippy kid from the Bronx was a one-man press break.

"I remember that very clearly," Adrien said. "We just gave him the ball and he broke the press. He was throwing me passes from half-court, he broke the first line and he just dimed me from half. That was tremendous. That showed that eventually this kid's gonna be very good and if he keeps working at it, he's going to be good. And that's exactly what happened."

Adrien and Walker first met at the LeBron James Skills Academy when UConn was recruiting Walker. "He worked hard then and he even worked harder when he got to school and now you can tell all that hard work is showing," Adrien said. 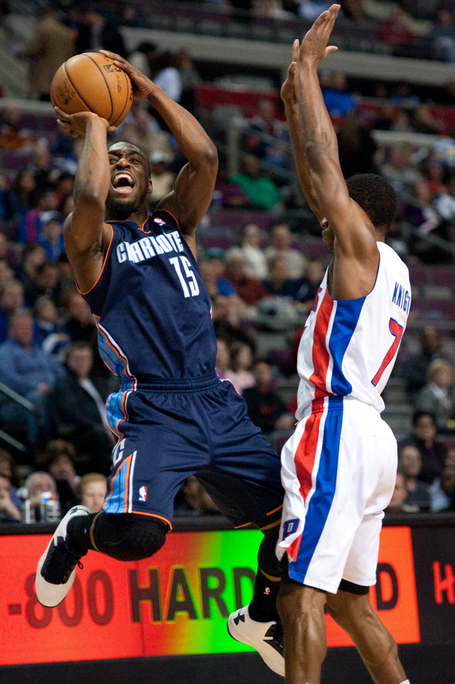 Walker's stats have jumped up this year, thanks to a year of experience and a summer spent mostly in Charlotte. He lifted weights in the morning, then worked on the court with Bobcats assistants and returned to get some shots up at night.

The biggest knock on Walker coming out of college was his size and his perceived inability to finish over bigger, stronger players in the paint. Walker, listed at 6'1 and 184 pounds, has increased his efficiency this year by upping his attempts at the rim from 2.7 per game to 5.2 and converting them 54.4 percent of the time, up from 49.4 percent as a rookie. He's also shooting slightly better from deep and has decreased his turnover rate. He tops the team with 17.6 points and 5.9 assists per game.

Bobcats guard Ben Gordon grew up in Mount Vernon, New York and first became aware of Walker when he was at Rice. Another ex-Husky, he then followed his Connecticut career -- "I was always a fan of his," Gordon said. After playing against the rookie version of Walker three times as a Piston, he came to Charlotte this season and noticed a change.

"I think this year he's come out a lot more confident, a lot more focused," Gordon said. "He's just showing that maturation and that growth that he's had from Year one to Year two and I think he's just going to continue to get better because he has all of the tools to be a very good player in this league. And he's already just scratching the surface. I love playing with him."

The nine-year vet said he admires the way Walker approaches the game. Lofty praise from a pro's pro.

Adrien echoed Gordon. "His approach to the game is definitely beyond a second year," he said, noting that part of the reason for Walker's improvement is his attention to nutrition. Adrien knows this because he hired Walker's chef.

"It's been -- I don't want to say night and day, he was good last year too - but it's been big," Adrien said. "Finishing at the hoop against bigs this year has been tremendous for him and that's a big part of his game this year and he's improved on it. His jump shot is improving and him being a leader has improved tremendously too, from his freshman year when I played with him, quiet kid, to now. [He's] a vocal leader, team leader."

Dunlap said the thing he likes the most about his leader is his heart. "He plays incredibly hard and he cares a lot about winning," said the coach.

"He has charisma and the crowd gets behind him, as do his teammates," Dunlap continued. "And you can just feel it. And I like the fact that he's emotional and he shows it." 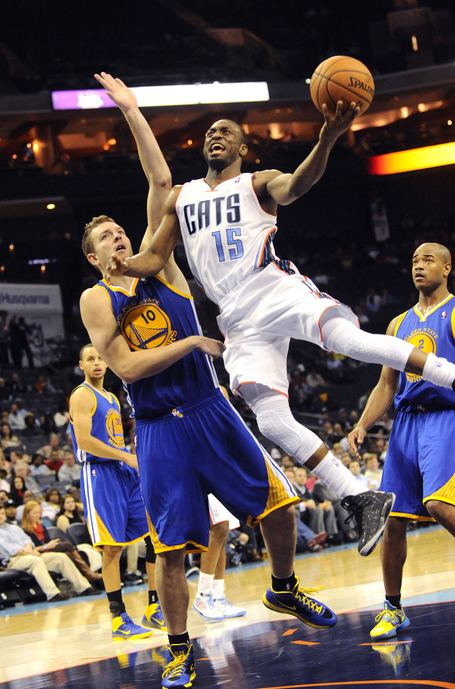 The challenge for Walker continues to be the same -- keep working, keep improving, don't get discouraged by defeats. Walker said he pictures a future with the Bobcats tasting playoff success. "I think everybody [here] does," he said. "Charlotte's a great city, we have great fans. I want to be able to grow my team. When that day finally comes, yeah, it will definitely be special."

After the Bobcats' latest loss, a less-than-special 21-point defeat in Toronto, a reporter asked Dunlap why the ball stuck on offense. He said something simple: "Well, that group out there is young, right?" Knowing how confident he and his players are in Walker, though, what he said about his team's youth before the game is likely more instructive: