The 10 best songs about baseball players

Share All sharing options for: The 10 best songs about baseball players

As Carly Simon famously once sang, "You're so vain, you probably think this song is about you." Well today, we'll be discussing songs that are definitely about you, provided you're one of the ballplayers about whom these songs were written. These are the ten best tunes that have specific ballplayers as their topics; some of them you'll know, some of them you won't.

There are some rules for inclusion. First of all, the song must be contemporary to the player's career (emphasis added). I realize that eliminates the bulk of The Baseball Project's catalog, but that just might be the point. The Baseball Project has written so many good songs about players from the past that they would have dominated this list, and what would be the fun in that? The second rule is that, for a song to be eligible, you, the reader, must be able to follow a link to it so you can hear it for yourself. (For instance, I wanted to include Pirates pitcher Nelson Briles' musical plea to Hank Aaron not to hit his 715th home run off him, but it's nowhere to be found in Netville.) Also -- and this wasn't a rule, but more of a guideline -- I was trying for some stylististic diversity.

Naturally, you're going to disagree with my choices and my ordering because that's what you're paid to do. And know that there will be a follow-up to this. So, if you don't see one of your favorites (like Jerry Jeff Walker's "Nolan Ryan" or Teresa Brewer's "I Love Mickey"), rest assured: They'll be on the next bus.

10. "Ken Griffey, Jr." by Doe B. featuring Jr. Boss
This begins with a quote about what a clean player and great person Griffey is ... right before moving solidly into NSFW territory. It's gangsta about a non-gangsta. A fascinating dichotomy.

9. "One Man, Five Tools" by Puig Destroyer
The great thing about grindcore is that, no matter what you're singing, it sounds bitter and desperate. For instance, Murray Chass could have written this lyric about Dodgers rookie Yasiel Puig: "Speed, power, fielding, contact; a cannon for an arm. One man, five tools." But in the hands of Puig Destroyer, it sounds more like a call for revolution than a scouting report. (On the other hand, their song "Stop F***ing Bunting" is a call for revolution. I have actually yelled that very title at managers (without the middle word, of course, because I'm not very metal). No song has ever spoken to me like this before. The lyrics, in their entirety: No clock, only outs/but still you insist on/giving them away/...what the f***?/play for one (that's all you'll get)/stop f***ing bunting)

8. "Move Over Babe (Here Comes Henry)" by Richard (Popcorn) Wylie
In the early 1970s, there seemed to be legions of songwriters and musicians waiting to pounce on a cultural phenomenon with a topical song. In this case, the songwriters were none other than Tigers broadcaster Ernie Harwell and Tigers pitcher Bill Slayback. There isn't much to this one, just two verses, many repetitions of the chorus, and a key change. Harwell probably wrote his portion on the back of his program notes between the first and second innings of a game in Cleveland. It captures the zeitgeist, though, as everyone was talking about Aaron's pursuit of Ruth in 1973 and early '74. While veteran soul man "Popcorn" Wylie released his version on Carla Records, Slayback recorded a version of his own on the sister Karen label. They're exactly the same, save for the vocal track. We give you Wylie's version, for the sole reason that it's a hell of a lot better. Sample lyric:

7. "Panda and the Freak" by The Baseball Project
When the sole purpose of your existence is to create songs about the national game, you'd better deliver the goods. Fortunately, The Baseball Project usually does. Their efforts land them on this list twice. Sample lyric:

When it comes to kung fu fighting, he's no better than Hong Chi Quo
He's kind of like Bruce Lee if you cross Bruce Lee with a buffalo
He barrels round the bases, he scrambles for ground balls
Zito named him Kung Fu Panda, that's our Pablo Sandoval 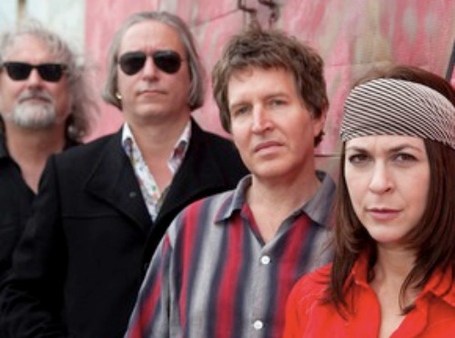 6. "Did You See Jackie Robinson Hit That Ball?" by Woodrow Buddy Johnson & Count Basie
I always love it when big bands all stand up and sing in unison without harmonizing. It sounds so informal and offhanded; they sing as if they're thinking, "I'm here to play, man, not sing."

5. "Joltin' Joe DiMaggio" by Les Brown and His Band of Renown
Recorded in 1941 with DiMaggio's 56-game hitting streak at its lyrical center, this is the earliest song on this list. It would be imitated twice in the following decade in songs about two other famous New York center fielders. It would also be parodied in its own time in Boston, where they would sing: "Better than his brother Joe, Dominic DiMaggio."

4. "Vida Blue" by Albert Jones
Three pitchers exploded on the baseball scene in a period of a little over a decade: Vida Blue in 1971, Mark Fidrych in 1976 and Fernando Valenzuela in 1981. Only one of them left a great song in his wake (granted, The Baseball Project would later record a wonderful tune about Fidrych). Sample lyric:

Out on the field day and night
Vida shows the world he's outta sight
Killebrew, Yastrzemski and Gates Brown, too
They can't buy a hit off of Vida Blue. 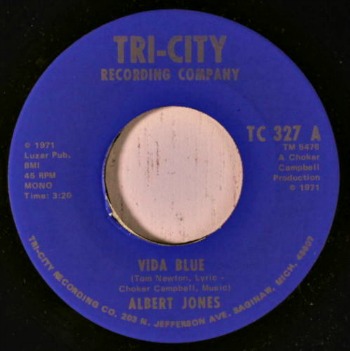 3. "Say Hey (The Willie Mays Song)" by The Treniers
Some artists sure knew how to have fun in the studio. If you've ever heard Louis Jordan's "Open the Door, Richard," you'll know what I mean. This is in the same vein, only Willie Mays himself is there to join in the festivities. Sample lyric:

When Willie served his Uncle Sam
He left the Giants in an awful jam
But now he's back and he's Leo's joy
And Willie's still a growing boy!

2. "Stan the Man" by Steve Bledsoe and the Blue Jays
This song contains the immortal line, "Oh my gosh, that's Stosh, by gosh - waiting for the kill." Musically, it's like Jimmy Dean meets Johnny Horton meets "I Walk the Line." You cannot go wrong with that combo.

1. "Ichiro Goes to the Moon" by The Baseball Project
I originally had this song lower on the list, but the more I listened, the more I realized it might just be the catchiest baseball song ever, excepting maybe "Take Me Out to the Ballgame."