The bad call that might have killed the Tigers

This game will kill you.

The Tigers won the first game in Boston, 1-0.

The Tigers were winning the second game in Boston, 5-1 in the eighth inning. Then Joaquin Benoit threw a bases-loaded change-up into David Ortíz's wheelhouse, and Ortíz hit it to the bullpen catcher. The ninth inning didn't go so well, either.

The Tigers were never winning the third game, in Detroit. But in the bottom of the ninth, they were losing by just one run (1-0). Victor Martinez led off with a single, and was lifted for a pinch-runner. Jhonny Peralta was next. With the count 1-and-1, Koji Uehara threw a pitch that looked pretty low. Peralta took it. Umpire Ron Kulpa called it a strike.

right there, one of the impacts of pitch-framing. same pitch thrown 2-1 as 1-2? if so, same swing? every pitch is connected

1-1 the biggest pitch of any count. That bad call changed everything right there for Peralta.

Coupla smarty-pants there. And it's true. Well, true enough. The difference between those two counts is massive. This season in the American League, batters posted an 809 OPS after a 2-and-1 count, but just 512 after a 1-and-2 count. Essentially, that's the difference between Ryan Zimmerman and a hitter who's so terrible that he can't play regularly in the majors. Not even if he's a slick-fielding shortstop. Really good hitter. Triple-A shortstop. That's how much difference one pitch can (and often does) make.

In the event, Peralta swung at the next pitch and rapped into an easy double play. Then Alex Avila struck out and the game was over.

So you've got Benoit's pitch to Ortíz in Game 1, Verlander's pitch that Napoli hit over the fence in Game 2, and -- granted, much less dramatically -- Uehara's disputed strike later in Game 2. Three pitches, any one of which might easily have swung the balance in the entire series, and ultimately determined a championship. So how bad was the call on that last pitch, really?

It was pretty bad. And it was the only truly bad call that Kulpa made in the entire game. Via Brooks Baseball, here are the called balls and strikes to right-handed hitters in Game 2, and you won't have any problem spotting the pitch in question: 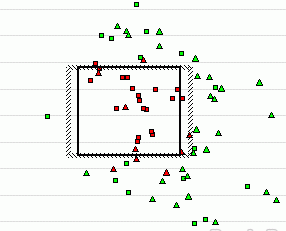 Each of those horizontal lines represents six inches. So that lowest strike -- yes, that's the pitch to Peralta -- missed by approximately three inches. Hold up your index fingers three inches apart ... and marvel at Kulpa's ability to miss just one pitch that was more than two inches out of the strike zone. These guys are incredible.

That was the right-handed hitters. You can see the left-handed hitters here; Kulpa was even better there, but did give pitchers the "typical" few inches off the outside edge of the zone. Still haven't figured out that one.

Anyway, my point is that Kulpa called a good game, generally. But his single worst call might have come at the single worst possible time for the Tigers. Which doesn't really mean anything, except that baseball will drive you crazy.

Especially this year. If you're a Tigers fan. So far.