The final word on Yasiel Puig

Until the next one.

Share All sharing options for: The final word on Yasiel Puig

It isn't every day there's a tweet that perfectly expresses what I was unable to express. But via our own Viva El Birdos, this tweet nailed it:

Yasiel Puig
Baseball player with bees in his pants. He plays the game like Mickey Mantle crossed with Ozzy Osbourne in his dove-decapitating prime.

Backlash to Yasiel Puig
Obnoxious appeal to platitudes like respecting the game and playing the game the right way. Basically a bunch of old people asking why the Beatles won't cut their damned hair. In the middle of a Tigers/Red Sox game, Tim McCarver and Fox were compelled to put this up in response to someone asking McCarver about Yasiel Puig's triple and the unwritten rules: 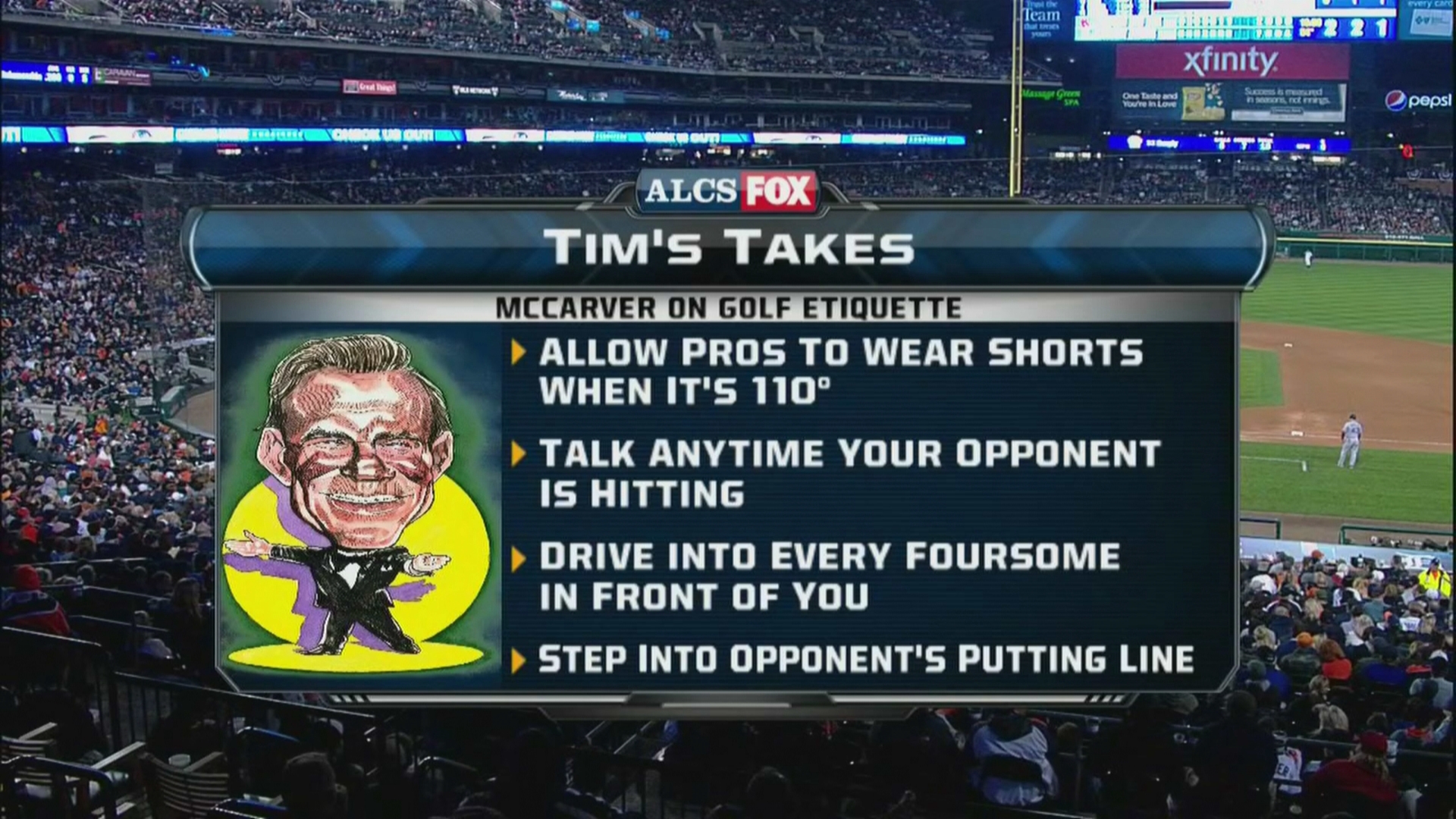 Huh. That's just odd. But it's a perfect example of the backlash. Yasiel Puig is forever stepping into the opponent's putting line because he's a total jerk or something.

To the backlash: Don't you realize we've never seen anything like this? I don't know if there will ever be a player who will use his own cleat as a flotation device in the middle of a baseball game, but if you had to pick the most likely player, it would have to be Puig, right?

I don't know if there will ever be a player who will eat an umpire's mask in the middle of a baseball game, but if you had to pick the most likely player ...

I don't know if there will ever be a player who will ever eat a glowing orange flower and start shooting fireballs out of his nose in an attempt to see if his princess is in this or another castle, but if you had to pick the most likely player ...

The point is that with Puig, you're getting baseball that you haven't seen before. It's compelling. It's so, so different. It's bizarre. It's amazing. When you watch Mike Trout do things on a baseball diamond, you're watching someone who is much, much better than most of the players who came before him. That's exciting. When you watch Yasiel Puig, you have a much better chance of shouting, "What in the hell was that?" Angels fans know which one they'd pick. But people who follow the other 29 teams would disagree.

Take his reaction to his ninth-inning misplay:

That's a saunter after the ball. A cold-blooded saunter after the baseball in a playoff game. Either he's goading Holliday into going for third, or he already figured he did the split-second calculus right, and that Holliday was going to be at second regardless of how quickly he got to the ball. He does stuff like this all the time.

Whatever. It wasn't a big deal, and it's not like Holliday was really going to third. That one's easy to let slide.

The more egregious transgression came with two runners on. Here's the run that made it a 6-4 game:

The runner on first was the tying run. There was absolutely no way he was going to get into scoring position ... unless the right fielder decided to airmail the ball to home to prevent that non-crucial fourth run from scoring. The balance of risk vs. reward is hilarious. There's almost no reward for Puig and the Dodgers, at least compared to the risk. The proposition starts with "If I can make one of the most spectacular plays in playoff history, then …"

Puig has a God complex. A Baseball God complex. In his mind, the Dodgers' best chance to win the game right then was with him throwing out the runner. Nothing else makes sense to him. And it's not adorable. It's a problem. It's the rider to the bill promising puppies and rainbows to America's children. The rider is filled with ticks. Not a law promoting or protecting ticks. Just a piece of paper full of ticks. It could literally have cost Puig's team a shot at the World Series. If Jay moves up, it allows Adron Chambers -- who I'm guessing has two extra-base hits in his career that both bounced off a security guard down the line -- to tie the game with a single.

It didn't, so it's not a big deal on the surface. But the message to the backlash-to-the-backlash is simple. Acknowledge how much better at baseball Puig would be if he had, like, the tiniest filter. If he could recognize the value of dialing it back just a touch. Man, he would be even better. And that's not the same as asking him to be completely uninteresting. Let him keep the bat flips and the derring-do. But when it comes to the sauntering and airmailing, those things don't serve him or the team well.

But as a counterpoint, let's swing it back to the backlash. When you complain about Puig because he does silly things, it's like railing against Miguel Cabrera for his bad defense at third. It's a part of the story … but it's so not the story. Cabrera might well cost the Tigers the pennant with a bad defensive play before the ALCS is over, but he's also the reason they're there in the first place. Puig is right there. Don't complain about the bad if it makes you ignore the good. The scales are obviously tilted.

So let's all hash this out.

1. Puig would help the Dodgers' goal of winning baseball games more if he was 10-percent less crazy at the appropriate moments

2. That part of his game is a tiny part of what he offers the Dodgers in the first place

Until then, he's still freaky enough.

For more on Puig and the bees in his pants, please visit True Blue LA

• The 10-best songs about baseball players

• The horrible outfield defense of the Cardinals