Jim Leyland, the most interesting man in the (baseball) world

As Jim Leyland steps down from what's likely his last MLB managing job, let's look back at one of the strangest, most uncompromising and generally coolest baseball figures of his era.

Share All sharing options for: Jim Leyland, the most interesting man in the (baseball) world

If we still don't know what baseball managers actually do -- beyond watch, worry, outthink themselves and get carped at on Twitter for bunting -- we mostly know what baseball managers are like. These are worried-looking and generally caucasian men, almost always seen staring meaningfully and either chewing or spitting or chewing and then spitting; no other public figures in the United States, up to and including Food Network's plush crypto-juggalo Guy Fieri, are seen working their jaws as vigorously or as often as big league managers.

Though united by the weirdness of being middle-aged dudes wearing young men's baseball uniforms, managers generally fit into one of a few visual categories. There has been a recent boomlet in the Craggy Firearm Enthusiast look, which joins a few other popular types -- rectangular high-achieving gym teacher; ex-military posture fanatic; the jarring Francona/Maddon axis of Managers Who Look Like Advertising Executives. Jim Leyland, who is retiring at the age of 68 after managing the Detroit Tigers to within two wins of the World Series this season, does not fit into any of those archetypes. Leyland has been a very successful manager in both leagues, but he has never really been like any of the other people in the dugout across from him. 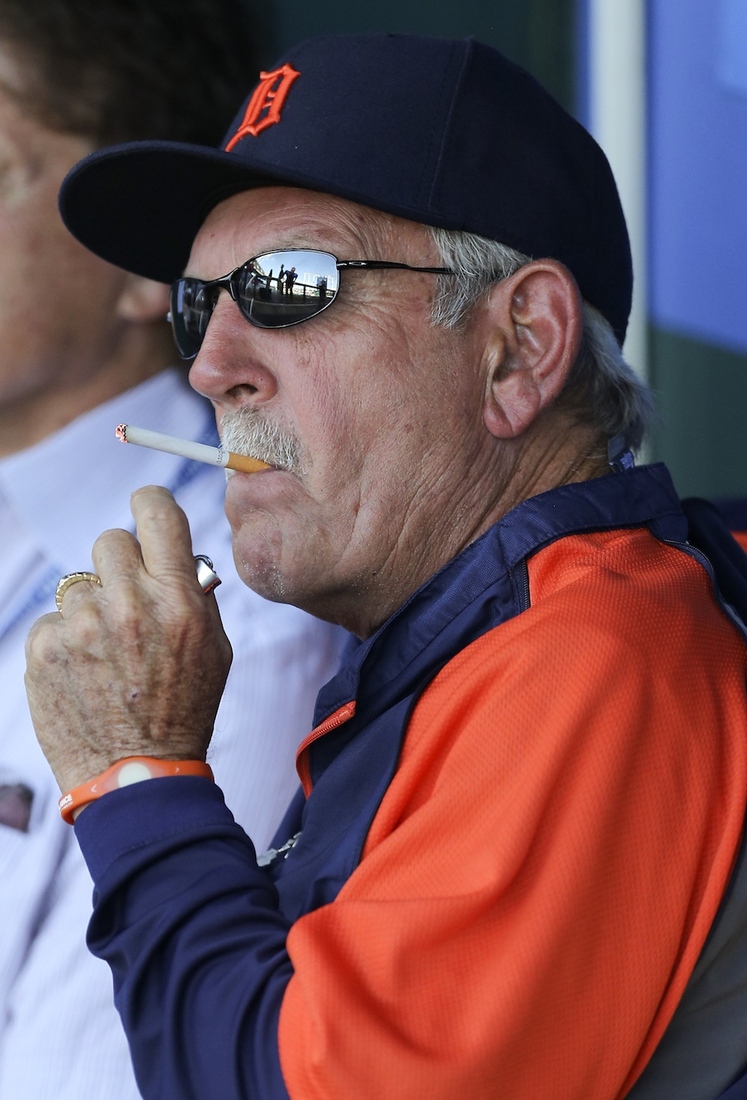 Which is not to say that Leyland is some kind of avant-garde baseball stylist -- he made more or less the same moves that other managers make and had the same tics and little embedded conservatisms, and was never the sort of manager who made his managerial work especially noticeable one way or another. What was most recognizable about Leyland, beyond the fact that he made winners out of various diverse and variable rosters, was that he always seemed like a wry refugee from not just another era, but another industry. He seemed by turns a flinty foreman and a crusty father-in-law and a weird neighbor prone to shirtless lawnmowing. If he was a genius, he sure didn't make a big deal about it.

Leyland smoked cigarettes in the dugout even after MLB asked him to stop; in a world that is, quite justifiably, mostly without cigarette advocates, Leyland was always someone who smoked as if he both needed to and wanted to. He delivered grandpa quips about double scotches and cursed into open microphones and generally acted like a salty but moderately well-adjusted adult in a way managers haven't in a generation or so. He had the same mustache for going on three decades -- Leyland has looked and seemed 68 more or less since he took over as manager of the Pittsburgh Pirates in 1986; he was 41 years old when this baseball card came out.

Leyland, like most managers, earned his pay and did his best work in something like secret -- smoking his anxious cigarettes in the tunnel, working behind closed clubhouse doors to get polyglot collections of millionaire egomaniacs to like each other enough to play together and respect him enough to believe that he could help them do that. The small collection of Leyland awesomenesses below doesn't necessarily reveal much about the most interesting baseball manager of his and many other eras -- they're just little pictures and quotes and stories about him being his own weird, inimitable self. But there is one that sticks out to me.

It's a one-minute video from the Detroit Free Press from 2009 that finds Leyland, swaggy and resplendent in a white turtleneck, taking the tourist-standard group tour through Detroit's Motown studios. In the studio's designated sweet spot, Leyland sings most of a verse of The Stylistics' 1972 hit "Betcha By Golly, Wow" in a voice that's shockingly good -- or not shockingly good, if you consider that cigarettes are something like PEDs in this and only this arena.

It's not surprising, for some reason, that Leyland remembers the words to a 40-year-old R&B song; that more or less seems like him, somehow. The surprise of it is hearing Leyland singing out in full voice, and sounding both commanding and wildly happy. We might have suspected Leyland had this in him, but we would've had to suspect it. If he'd thought it was worth bringing up, he would have.

So: here are five Jim Leyland things to remember. 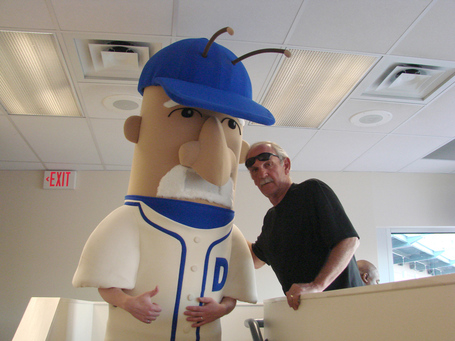 4. Cursing out Barry Bonds in 1991. With actual cursewords, so headphones up.

5. And here is Jim Leyland dancing offstage after the Tigers won the ALDS, which seems as good a way to remember him as any.