Is the Cardinals/Red Sox matchup the most annoying World Series possible?

We use science to find out.

Share All sharing options for: Is the Cardinals/Red Sox matchup the most annoying World Series possible?

The very question posed in the headline, sir, is annoying. It's the World Series. It would be awesome if it were two teams each filled with 25 Derek Jeters, with announcers gushing over each Jeter separately with every pitch and at-bat. That would still be the World Series of Baseball, which is the greatest sports tournament in the world.

I can also guarantee that neither Red Sox fans nor Cardinals fans are particularly annoyed with this matchup. They're a-ok with it on multiple levels.

So what a silly question.

And yet, if you're a fan of one of the other 28 teams, you probably answered "YEP" before you even clicked on the article. What's the deal with that? Why is this combination more annoying with others? Is there a way for me to use science to solve this riddle?

I'll try. First we have to determine exactly how to arrive at an annoying World Series matchup. Basically, the most important part of an interesting matchup (assuming that your team has been eliminated) is variety. It's boring to have the same teams every year or every other year. So let's run through some categories. and see who the finalists for the most annoying matchup would be. We'll start with all 30 teams. 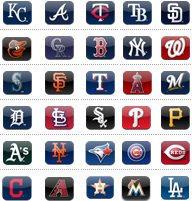 And we'll eliminate them for not being boring or annoying enough. Here goes:

Have they been in the World Series in the last 10 years?

If the answer is "no", then they can't be a part of the most annoying matchup. It's been a decade since they've been there. How can their presence annoy you? Even the Astros have been to the World Series within the last decade, and you don't remember that ever happening, so if another team hasn't even won the pennant in the last decade, they're out of this tournament. 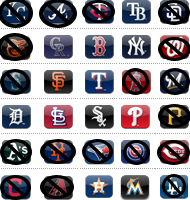 And just like that, 18 teams are eliminated from the most-annoying tournament. They haven't been around for the last decade, so how can they make for a worse matchup than Cardinals/Red Sox?

Counterpoint: Braves. It's a strong counterpoint. But we'll stick with the rigorous scientific principles used in this study and ignore the outlier.

Have they won the World Series in the last 20 years?

Okay, so of the teams that have been to the Series recently, are there teams that haven't won a championship in two decades? Are there grown men who have registered for Selective Service, but have never seen their favorite team win a championship? If so, they can't be one half of the most annoying World Series matchup. 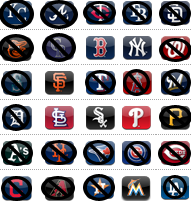 We're already down to just seven possible teams for your most annoying matchup. But would White Sox/Marlins really be that annoying? On some level, yes, because you would be faced with a happy Jeff Loria. But as a combination of teams, it feels kind of fresh. That means there's more winnowing to do.

Have they won multiple World Series in the last 15 years?

It's not enough that these annoying teams have been successful, but they've been successful multiple times within the last 15 years. So if you measure up to that level of annoying, you're out of the running. Looking at you, Phillies. 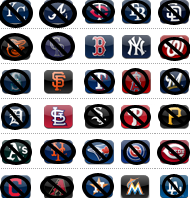 Just five teams left. And they're most certainly annoying. Look at the Marlins, hanging tough! A Red Sox/Giants matchup would irritate 28 different fan bases like few other. But so would a Yankees/Cardinals matchup. We need a tiebreaker. We could use the same multiple-championships qualification, but for a shorter time span. But this is probably just as effective:

Have we seen this same stupid matchup recently?

If you were wondering exactly why this matchup was annoying you so much, I hope that science helped you out.

Red Sox and Cardinals! Scientifically proven to be the most annoying World Series matchup possible.

For pleasant reads about annoying teams, please visit Over The Monster and Viva El Birdos.

• When Jim Leyland made an ass of himself