That pile of old Playstation games in your house is hiding a treasure trove of player value statistics!

It's a funny thing, trying to predict a player's true talent before he has any kind of sustained track record at the major league level. Organizations like Baseball America and Baseball Prospectus make their livings that way, following prospects from high school all the way to the big leagues. Their annual prospect rankings are some of the most talked-about events in the baseball world, at least off the field. 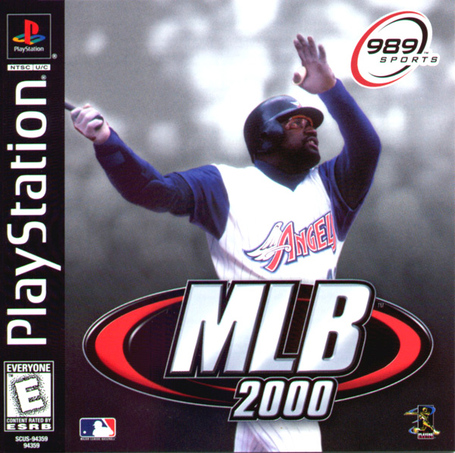 One overlooked facet of this prediction game is the video-game industry. Every year, multiple game studios release their newest crop of baseball games to the public. Within these games, the companies do their best to mimic the current state of the baseball world while also trying to give a realistic view of what might happen in the upcoming season. If you had picked up a baseball game in the spring of 2012, for example, you would have expected to see the Cardinals as the best team in baseball, Matt Kemp and Ryan Braun as MVP performers, and Justin Verlander as a strikeout machine. You would have also expected to see Albert Pujols wearing an Angels uniform for the first time, a healthy Buster Posey returning to the Giants lineup, and heralded prospect Mike Trout getting his first real shot at the big leagues.

But just how easy is it for a video-game company to get their predictions right? Did your 2012 game predict Pujols' disappointing season? Did it predict a second Giants World Series win? And, most especially, did it correctly predict Mike Trout as the second coming of Mickey Mantle?

Well, that last one isn't exactly fair, but the question stands: How good are video game companies at predicting the near future?

To explore this query, I went back and looked at the batting attributes of some future stars in the old MLB (989 Studios) and Triple Play (EA Sports) series of games originally released on the first PlayStation. Most players were chosen because they had a "sudden emergence" a few years into their careers (e.g., David Ortiz) while others were chosen to see how one amazing year affected their profile (e.g., Barry Bonds). A rundown of the more interesting players is found below. 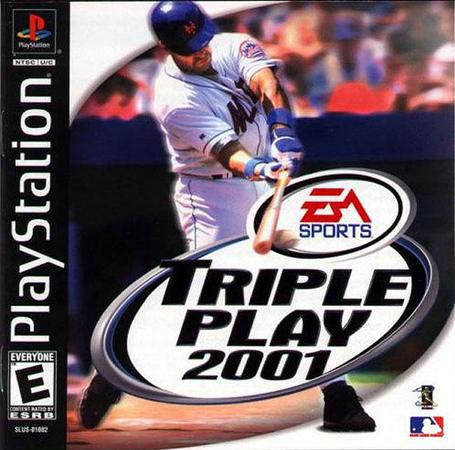 For those wondering why I would focus on such an ancient crop of video games, there are a few reasons. First, using games from 2004 or earlier gives us a nice bit of historic perspective for our choices. Second, believe it or not, these are the games I'm most familiar with, since I played them throughout college. Third, along those same lines, these were the series of games that I could easily access. If someone has a full range of games from the later PlayStation or Xbox eras, I'd love to do the same thing for the Miguel Cabrera/Prince Fielder/Evan Longoria crop of sluggers.

The biggies. Sadly, this experiment doesn't capture the Sosa/McGwire race quite perfectly. The Triple Play games do go back all the way to 1996, but batting attributes for the EA title don't show up until Triple Play 2001. The 989 title, at least, had attributes beginning with their second offering, MLB '99. Thanks to the silly calendar that video-game releases used to have (MLB '99 was released in 1998 using the stats from 1997), this gives us only a quick look at the pre-1998 view of Big Mac and Slammin' Sammy.

The following years saw Sosa and McGwire dominating the scales. For a number of years, MLB even gave Sosa the celebrated 99/99/99 ranking. EA's Triple Play was a bit more conservative, however. McGwire earned his 99 power in the 2001 and 2002 offerings, but Sosa, even with his 180 home runs over three years, could never get past 97 power. Both players hovered around 80 on the contact scale.

Video-game rankings are also a great snapshot into how we saw the baseball world only a few years ago. Take Larry Walker. Does anyone remember how great Larry Walker was on those old Rockies teams? I mean, we know he was a good player, but do we realize how good? MLB '99 does. The 99/99/99 ranking for Walker's offense lasted three full seasons before it dropped to a measly 95/99/99 in MLB 2001 and 2002.

The Twins released David Ortiz after the 2002 season only to see him sign with the Red Sox and lead them to two World Series titles. So how did that young Papi look through the eyes of the PlayStation? Better than you might expect. Ortiz made his major-league debut in 1997, so he was still a very young rookie on MLB '99. Despite that, the game's makers gave him an 82 power, only a few notches below Derek Jeter's 85. Ortiz maintained that rating until MLB 2002, when he jumped to a 97 power. That was better than Jim Thome's 96.

What do you do with the first position player from Japan to make it to the big leagues? Sure, Ichiro was a stud for the Orix Blue Wave, but could he handle Major League Baseball? And how would the video-game industry deal with this uncertainty? Well, for Triple Play 2002 (released prior to the 2001 season), Ichiro didn't even make the roster. For MLB 2002, when he had yet to play a game in Seattle, they played it safe. Ichiro's debut stats were 84/84/70. After his MVP and Rookie of the Year performance that season, the stat line jumped to 99/78/90. You could say he caught them by surprise. Ichiro's 2003 and 2004 stat lines were similar, though they finally dropped his power attribute to 59 in MLB 2005. Those old batting-practice tales weren't enough to justify anything better than that.

And then there's Barry. It's pretty well established that Bonds was a sure-fire Hall of Famer before his dalliance with BALCO. He won three MVPs by age 28 and signed the largest contract in history when he left for San Francisco. But then 2001 happened and everything changed. So how did video games of the era view him before and after 73?

Triple Play 2001, using stats from the 1999 season, continued its conservative ways by giving Bonds an 84 power ranking. That put him in the range of Vladimir Guerrero (84), Mo Vaughn (86), Jim Thome (84), and Jeff Bagwell (87). Big-name sluggers all, but hardly the Mark McGwires or Sammy Sosas of the league. The following season, after Bonds slugged 49 home runs, his power was raised to 90. Again, that put him in the Guerrero (90), Jason Giambi (89), and Bagwell (90) range, but not the Sosa or McGwire range. EA dropped the Triple Play series of games after Triple Play 2002, so we have no record of him post-73. (MVP Baseball 2003 was released for the Playstation 2 and Xbox in 2002.)

The MLB series, on the other hand, was always a bit more generous. Like Vaughn, Bagwell, and the rest of his Triple Play peer group, the 989 Barry Bonds had a 99 power from the get-go. As his performance improved into and beyond the record-breaking year, the video game could do nothing but up his Contact ability, moving it from 94 to 99 over the years. Bonds' final stat line in a 989 Studios game (before he withdrew himself from the MLBPA license agreement) was 99/99/97. Considering the 99/99/99 stats given Larry Walker and Sammy Sosa in prior games, it's hard to see how Bonds' 73-homer campaign is somehow ranked worse. That's the video-game world for you!

A smattering of other players' attributes from these two series:

It's funny. If you look at these charts, the conservative rankings on the Triple Play games suggest that it was the slow-moving, simulation-style game of its day. In actuality, Triple Play was very easily the more arcade-style series of the two. When Triple Play was replaced in 2002 with MVP Baseball 2003, one of the major selling points was its "realistic gameplay." The MLB series, on the other hand, was always a simple, balanced version of the sport that wasn't too arcade-y or sim-heavy.

As the discrepancy between the two sets of attributes shows, different game studios could very easily rank players differently. What's more, the different game engines might have interpreted certain values differently. If Mo Vaughn has an 86 power in one game and a 99 power in the other, does that mean the first game thinks he's worse than the second, or does it just mean that "86" and "99" mean different things to the game engines? I know which one I'd put my money on.

If we understand and acknowledge these limitations, there's a lot of fun -- and, yes, even some truth -- to be found in these old video-game attributes. For a world increasingly interested in the statistics behind players' value, there's a whole treasure trove of data to be found in these old video games. Now if only there was an easier way to browse and compare it all.

Get on that, internet! I'm off to start a Home Run Derby between Larry Walker and Sammy Sosa.