Thor: The Dark World was fantastic, and now I can't think of anything else. Here, then, are the MVP, Cy Young and other awards going head-to-head with the films of the Marvel Cinematic Universe.

Share All sharing options for: 'Thor 2' smashes the BBWAA awards

I saw Thor: The Dark World this weekend. I was blown away. I liked the first one fine -- mostly for the performances of Chris Hemsworth and Tom Hiddleston -- but this sequel was something else. By moving the action away from small town New Mexico and into the glistening halls of Asgard (and later London), the writers freed themselves from the wooden characters of the first movie. Suddenly, Natalie Portman, Idris Elba and others had…

Oh wait. This is supposed to be about baseball. Sorry. Let's try again.

Award season is upon us, which means it's time to rank the season's best managers, pitchers, rookies, and players. That sounds like fun. Hmm... maybe we can hammer out our own list. 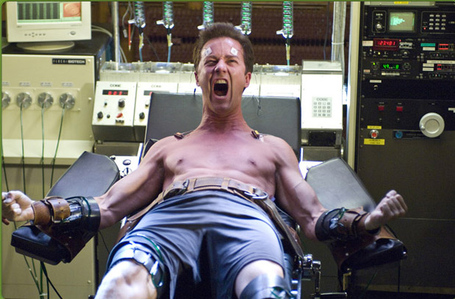 The movie: No, not the Eric Bana/Ang Lee film that everyone hated. This is the one with Edward Norton. Oh, right. You forgot it was even part of the Marvel Cinematic Universe. Don't worry, you're not alone.

The award: This is no slight to Tito, but no one outside of the Francona household is going to remember this award in four or five years. That's just par for the course with the Manager of the Year -- especially when you're from Cleveland.

The movie: It was a tall task, making a worthy sequel to a movie as fresh as the first Iron Man. Favreau and company did a solid job with their second offering, but it wasn't enough. The battle at the Monaco Grand Prix was a ton of fun and Downey was as brilliant as ever. But Iron Man 2 was just a notch below most of Marvel's other offerings.

The award: This is about as easy as it gets. Clint Hurdle helming the first Pirates team to finish above .500 in 20 years is the performance that history will remember best from 2013. Like his movie counterpart, however, Hurdle sinks down this list only because his competition among the other award winners is so strong.

The movie: Thor has some weaknesses; namely, everything that happens outside of Asgard. Thankfully, the movie was saved by its two leads. Everyone raves about Tom Hiddleston's Loki, but the real asset in Thor is Chris Hemsworth as the Thunder God. Because, honestly, a big, hulking guy carrying a giant hammer isn't a character you're normally going to take seriously. Hemsworth, with all his charm, somehow makes Thor warm and believable. Hiddleston's Loki is a villain for the ages, but you don't care a lick about him if not for Hemsworth's Thor.

The award: Watch Wil Myers clobber this home run and tell me that Thor wouldn't celebrate it in the exact same way.

The movie: If this is the last Iron Man movie (and no one seems to know for sure right now), it ended on a great note. While Tony Stark is older than when we first met him talking about Maxim babes in the back of a Humvee, now we just want him to succeed. Also, the movie's big "twist" was incredibly entertaining.

The award: If you're looking for a Tony Stark-level prodigy, it's hard to find someone better than the 21-year-old Cuban who wasn't even supposed to be in the majors this year, let alone winning Rookie of the Year or placing third in Cy Young voting. 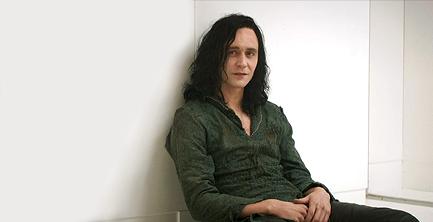 The movie: The Dark World fixes all of the mistakes of the first movie while never taking away from the core of Hemsworth and Hiddleston. The stakes were high, the worlds looked amazing, and the emotional climax was honestly earned. There were even two gut-wrenching scenes that were pulled off perfectly, something the first movie, with its flat characters, couldn't have done.

The award: Much like their film counterparts, the remaining award winners are all so good that you could place them in any order and I would be happy. In Detroit, Max Scherzer burst out of the shadow of Justin Verlander with a superb performance, much like The Dark World brought the Thor series out of the shadows of Iron Man and Avengers. 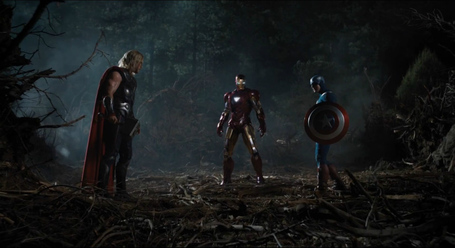 The movie: This is the movie that everything before was building up to ... and where everything could have gone wrong. In four short years, Marvel Studios released five movies, all with the conceit that the heroes from each would eventually work together in The Avengers. With so many characters (and actors) used to the spotlight, it was a risk to suddenly squeeze them into supporting roles. Somehow it worked. Each hero felt true to his own movies while also easily sliding into his Avengers role. It doesn't hurt to have Loki as your villain.

The award: Miguel Cabrera might have won two years in a row, but that's hardly been the story surrounding the award. With the constant debates over Cabrera and his chief adversary, Mike Trout, the American League Most Valuable Player Award is the closest thing to the ensemble nature of Marvel's The Avengers the BBWAA has to offer.

The movie: Steve Rogers is a tough character to sell in 21st century America. I mean, how do you make a character who stands for "truth, justice, and the American way" interesting? Chris Evans proves that the answer is to find an actor who makes those traits sincere and believable while still coming across as a real person. On the opposite end, Hugo Weaving's Red Skull is easily the best villain this side of Loki. If I'm ever in the mood to watch a single Marvel movie, it's this one (and yes, I love the musical montage).

The award: The trite thing to say is: "Andrew McCutchen as Captain America. Perfect." I won't argue with that at all, but McCutchen is too good to leave there. A tremendous defensive player who finished in the top ten (and usually top five) in every offensive category in the National League, McCutchen is a no-brainer MVP even before you consider the Pirates' storybook season. 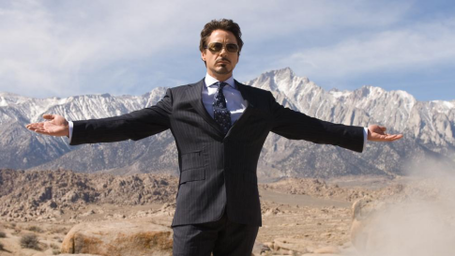 The movie: Who knew you could turn an arrogant, womanizing, loud-mouth billionaire into a bona fide superhero? Who knew you could flout the comic-book tradition of a secret identity and get away with it? Who knew it was possible to breathe new life into a cinematic genre that seemed destined for perennial B-movie status? The makers of the first Iron Man, and especially director Jon Favreau and star Robert Downey Jr., broke the mold with their 2008 film, for which they deserve every scrap of recognition we can muster.

The award: Iron Man deserves its praise. Legend-in-the-making Clayton Kershaw deserves his for how dominant he's been in his short career. We'll be remembering both the film and the pitcher for some decades to come.