The Bucks' plight: When the tank comes for you

Share All sharing options for: The Bucks' plight: When the tank comes for you

As we prepared for the tankapalooza to end all tankapaloozas this offseason, a great counterexample was provided by the Milwaukee Bucks. Herb Kohl, the team's owner, explained why the Bucks just can't aim to lose for even one season to bolster the roster with a very high draft pick. Those making a case that tanking was a serious problem that needed to be fixed pointed toward the ridicule of the Bucks as a rationale. In essence, Milwaukee would be punished for refusing to participate in the race to the bottom and instead fighting to be competitive on a nightly basis.

At one point or another, most executives at least float the idea to their owner of starting from scratch. But for reasons ranging from civic responsibility to anecdotal evidence, Kohl and Bucks management decided some time ago that they couldn't seriously entertain a tanking strategy. Instead, they'll strive for respectability year in and year out.

Hasn't this year been ironic. As of Monday morning, the Milwaukee Bucks have the worst record in the Eastern Conference and the second worst record in the league. At 2-10, the Bucks are quite worse than the 76ers, Celtics, Bobcats, Magic and Suns, all teams in the middle of cold rebuilds and teams expected to compete for the most plum spots in the lottery. Carlos Delfino won't play a single minute this season. Larry Sanders is out at least three more weeks. Brandon Knight has played in just four of the Bucks' 12 games, and started only once. Ersan Ilyasova has played in only six games. Second-round rookie Nate Wolters is No. 2 on the club in minutes played. Zaza Pachulia is No. 3. A 33-year-old Caron Butler is No. 4. John Henson is playing 25 minutes per game despite Sanders' absence. Ekpe Udoh is playing even less. Giannis Antetokounmpo is, mercifully, getting some run. But not nearly as much as Khris Middleton, who has started five games.

You have to believe even Sam Hinkie is impressed.

This season has been a disaster you can't script. When the Bucks handed Sanders a massive early extension, he didn't seem like the kind of guy who'd destroy his thumb in a bar fight. When the Bucks traded Brandon Jennings for Brandon Knight, they didn't think they'd lose the new point guard for most of the first month of the season and rely on a second-round pick to lead a team without weapons. When the Bucks acquired Butler for nothing, they didn't realize he'd become a veteran crutch for coach Larry Drew, who has to squeeze points out of a horribly mismatched, broken roster.

Sometimes, you choose to rebuild your team. Other times, your team chooses to rebuild itself. That's what is happening in Milwaukee: a couple of key absences are exposing the rancid guts of a team without a strong base and without a singular offensive player who can rescue it from trouble when needed.

Mark the calendar and batten the hatches, but this team really misses Monta Ellis and Brandon Jennings. There's so little shot creation on this club that every offensive possession is like a root canal. The defense isn't totally horrible (No. 24), and will be much better when Sanders returns. But unless Knight figures everything out — unlikely this season because of a total lack of solid weapons outside of O.J. Mayo — the offense should be the league's worst over the course of the season. Milwaukee would need an elite defense to balance it out and make it Kohl's dreamscape of the middle of the competitive pack. I don't think it's happening.

Teams like the Sixers and Suns realized that they weren't set up for success and decided to go really young. The Bucks thought they had something, took a couple of bad blows and find themselves in the cellar. The result is the same: all three teams are likely to pick high in June.

Is Milwaukee's journey to the bottom any more noble? Is serendipitous sucking more honorable than planned failure? Let the historians decide.

In the meantime, let the Bucks represent the reality that even persistent mediocrity can be too much to maintain.

Mark Cuban wants sports leagues to get together and fund research to determine whether human growth hormone, a federally controlled substance, can help athletes recover from injury more quickly. Sam Amick's story on the issue focuses on the fact that Cuban wants the research and is not necessarily advocating for use of HGH outright, but it's pretty clear where the Mavericks' owner is headed with this: he is, as always, trying to position his team to get more value out of its players. Which is a totally understandable goal, all told. 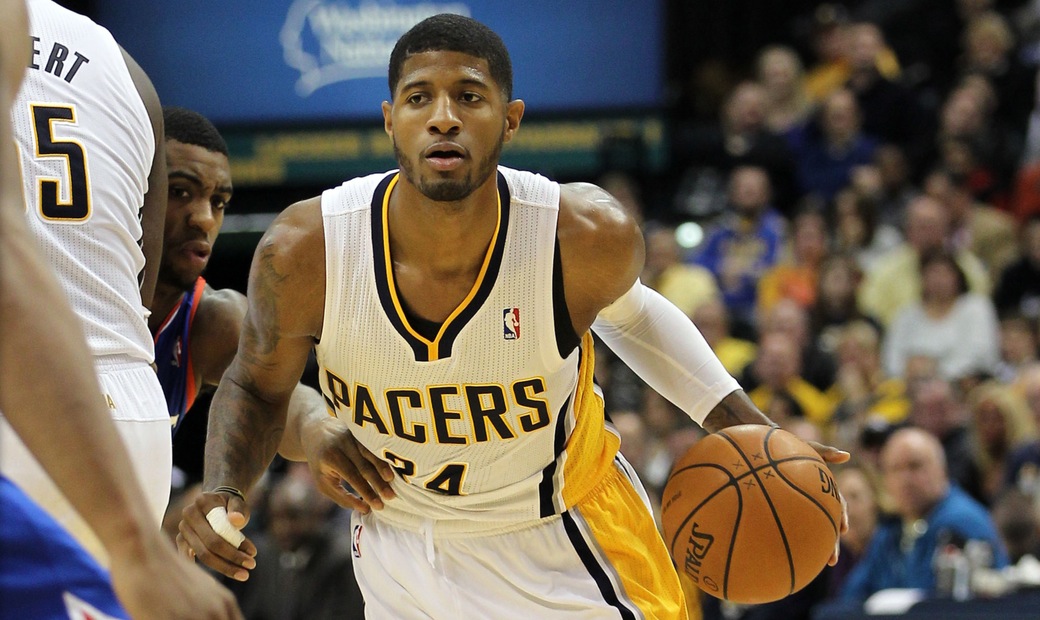 It's a good idea, but it's never going to happen precisely because the leagues — especially the NFL and Major League Baseball — have made anti-PED sentiment their modern crusades. Why? The NFL's Roger Goodell will always focus on a fight in which players, not the league itself or its teams, can be blamed. So, use of performance-enhancing drugs becomes a selfish, individual act that he must correct as the league's judge, jury and executioner. To soften the league's position against PEDs in any way would be a self-inflicted wound to Goodell's self-installed* image as the conscience of football. (* He's had plenty of help from media sycophants.)

For baseball, it's probably based more in tradition and an older fan base less likely to flip their beliefs on PEDs. Bud Selig doesn't strike me as someone who'd be on board with Cuban's idea, but Selig will be gone soon. What remains to be seen is whether baseball itself will have enough of a cultural shift to make something like this feasible. This is to say nothing of Adam Silver's feelings on the subject; the NBA takes more risks than other leagues, perhaps. But as Cuban himself admits, PEDs are toxic as a topic of discourse.

It's one of Cuban's best ideas, though. If only it could happen.