The increasing value of 1st-round picks

The last few years have witnessed a sea change in how teams value first-round picks, and it's for the better. Think about this next time you propose a fake trade involving a pick.

Share All sharing options for: The increasing value of 1st-round picks

Feeling a need to cut costs, the Bulls recently shopped little-used third-string point guard Marquis Teague around the league, asking for a first-round pick in return, according to ESPN's Marc Stein. Despite being a competitive team in a big market, the Bulls are $7.5 million over the luxury tax and therefore due to be paying the $1.75-$1 rate, so they wanted to save some money while also gaining a basketball asset in the process. In the process, they deemed the player they so rarely use (and whom they want to trade before he even turns 21) to be worth asking for a first-round pick.

Three months ago, in a similar situation, the Grizzlies succeeded in trading fellow 2012 first-round pick Tony Wroten in exchange for only a 2014 second-round pick. In fact, they will only receive that second-round pick if it is between Nos. 51 and 55. Considering the pick they traded for is from Philadelphia, which will not draft that low, Memphis will never receive that pick. They therefore traded Wroten for nothing, gaining only financial savings. 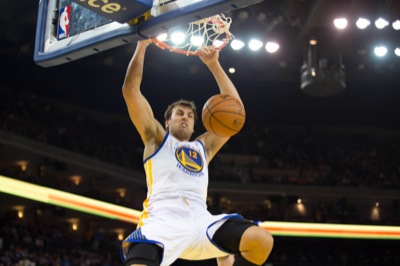 When viewed together, these two players demonstrate where the market lies for first-round picks these days. In light of the Grizzlies being unable to return a single basketball asset (other than a Traded Player Exception, which the same financial constraints that necessitated they deal him will likely prevent them using) for the older, but highly comparable Wroten, Chicago's attempts to land a first-round pick for a player to have proven nothing so far look highly ambitious.

Such is the value now placed upon first-round picks league wide that they couldn't get one for Teague. However, such is the desire to land these picks that they tried anyway.

In trade ideas posited by fans and media alike, the key phrase "...and a first-round pick" when tacked on to any hypothetical trade package is essentially a concession that says, "I realize this is an underwhelming offer." It is meant to be a sweetener, a means of anticipating the dissatisfaction toward the offer and trying to sell it as a good piece of future planning. First-round picks are thrown away with remarkable ease in hypothetical deals by outsiders, as everyone falls into the same trap of wanting as much as possible for as little commitment as you can get away with sending away.

In practice in today's NBA, however, first-round picks have become much more important than that. It was only a few short years ago that enterprising types such as Kevin Pritchard at Portland made their name and fame by exploiting the league-wide undervaluing of first-round picks, whose regard among NBA executives at the time mirrored that of the fans and media mentioned above. Many team executives are on short-term contracts and know full well the high turnover that accompanies their job. The sacrifice of long-term assets for short-term gains was an easy sacrifice to make when job security is often predicated on said short term. Nevertheless, after Pritchard et al found good success in picking them up cheaply, their successes reverberated around the league, and now all executives regard first-round picks as valuable commodities for talent acquisition. As well they should.

Talent is talent, but cheap, young talent is the best type of talent.

The lure of first-round picks is in what they can yield, not what they always do. It is well established, of course, that many first-round picks are failures relative to expectation, and this is truer the lower they are. However, first-rounders can yield star talent, star talent that has no choice but to sign with you. It can yield quality role players for basement prices, and it can yield contributors in any form you choose. Most importantly, however, first-rounders are always young and cheap. Bad teams need this to get good, and good teams need this to stay good when the market forces and punitive luxury taxes designed to break them up necessitate they cut costs. Talent is talent, but cheap, young talent is the best type of talent.

Back at the start of the summer, Utah took on a whopping $25 million in salary that it didn't want in the forms of Andris Biedrins, Richard Jefferson and Brandon Rush, purely to acquire two first-round picks and three second-round picks from the Golden State Warriors. The Jazz did this because it was more beneficial to their long-term rebuilding goal to target first-round picks, and that amount of money is now the cost of acquiring them. Or at least, it should be. First-round picks should be a valued commodity, much more than they were. Now, it seems as though they finally are. 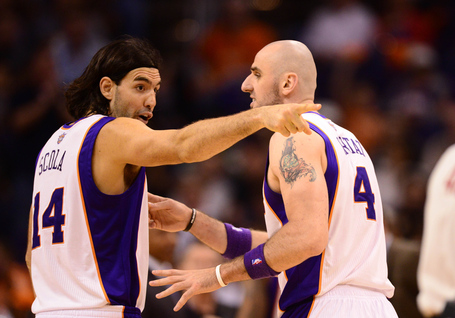 A cursory look at the market indicates this change in philosophy. The last few deals to have included first-round picks include:

- Washington trading a pick (top-12 protected in 2014, top-10 protected through 2019, thereafter unprotected) along with Emeka Okafor in exchange for Marcin Gortat.

- Indiana trading a pick (lottery protected through 2019, thereafter unprotected) along with Miles Plumlee and Gerald Green in exchange for Luis Scola

- Toronto acquiring a 2016 first-round pick from New York -- along with two second-round picks, Steve Novak and Marcus Camby -- in exchange for Andrea Bargnani

In that list, we mostly see first-rounders traded for quality. Hall of Fame players like Pierce and Garnett, fringe All-Stars like Holiday or non-lottery picks for a legitimate starting center in Gortat. The ones where we don't see that -- the deals for Scola and Bargnani -- therefore stand out as bad deals for that reason. The inclusion of the first-round picks in each instance leaves the recipient team drastically overpaying for backup-caliber forwards. And if he's not re-signed or extended, the Gortat deal might join them.

This is not what first-rounders should be used for. You can always draft backups of your own with the picks you've traded away. Instead, this is what second-rounders are for.

Nowadays, first-round picks -- and the great lure of the unknown that they bring -- are closely guarded. They are a means of acquiring quality players for cheap and non-negotiable prices, and on today's market, all GMs seem cognizant of this. All teams seem to back themselves to be able to make these steals, as well they should. It is now difficult to acquire a first-round pick, as evidenced by the limited movement of them on the last two draft nights. Well done to Phoenix, then, which now has four first-round picks next year.

First-rounders can get you stars, be it through trade or by draft, and they should be targeted for use as such. With all this in mind, if you can't or won't find a deal for a star, the best strategy going forward is probably to keep them.

• Why the Clippers can win the West | CP3 finally unleashed