The Pacers' defense compels you to miss

The Heat went ice cold in the second half and the Pacers came back to win at home. This defense is nasty.

Share All sharing options for: The Pacers' defense compels you to miss

For all our cheers at the rise of Paul George as a scorer, the mindful growth of Lance Stephenson on the ball and rock-steady shooting of David West, the Indiana Pacers are a defensive team. It was the case last year, and it's the case this year. Indiana is maybe the best team in the NBA primarily because it is really hard to score on the Pacers. Ask the Miami Heat, who sport the league's No. 3 offense and put up a whopping 37 points in 45 possessions in the second half on Tuesday as the Pacers came back to win, 90-84.

In the second half, LeBron James -- who basically can't miss this season -- played 22 minutes and shot 2-8. Dwyane Wade, back from injury, played 20 second-half minutes and shot 3-7. Chris Bosh went 3-6 in the third, but didn't get off a single shot in six minutes of the fourth. The horde of spot-shooting role players added little. Opponents have an effective field goal percentage of .444 against Indiana, lowest in the league this season and 13th in the three-point era.

It's reminiscent, really, of the Spurs teams of the previous decade. The Pacers, like the Spurs of yesteryear, have only one or two defensive weak links in the entire rotation as well as a shutdown wing and an unimpeachably smart paint defender. Roy Hibbert, like Tim Duncan before him, really allows everyone else to be aggressive in closing out on shooters and getting a hand up for every attempt. Even against a team like Miami, who devours open lanes like birthday cake, having Hibbert back there (in addition to other bigs who rotate well) is a complete deterrent.

There's a reason centers are so expensive; they have an incredible defensive impact, either positive or negative. Hibbert has developed a bunch since he signed a max deal two summers ago, but chances are he would have been worth it had he never improved from that day forward. He's not solely responsible for Indiana's top-ranked defense. That ignores the impact of the shutdown wing (George) and the other plus defenders (West, Stephenson, George Hill), not to mention the work of Frank Vogel and his staff. But Hibbert is a huge, outsized piece of this team's success.

Keep this in mind as we start comparing Joel Embiid to the other draft prospects making noise.

This week has been weird. I have been among the most vocal writers on the subject of Rudy Gay's devolution over the past year. Now, my favorite team -- one I think is now run by competent, smart folks -- has traded for him. Do my feelings on the competency of the Kings' management change? Do I rethink my position on Gay's value?

No, I try to understand why the Kings made the deal, figure out if that is logical and move forward. I'm the rare (only?) so-called "stats guy" who thinks that the Gay trade can work out for the Kings for the reasons I laid out in Monday's Hook. The short version: he's least efficient at high usage, and playing with two other high-usage guys (DeMarcus Cousins and Isaiah Thomas) should lower his own usage, making Gay more efficient. That is, unless his 2011 shoulder injury is a bigger source of his recent efficiency trouble. In the meantime, the Kings gave up no real assets and only sacrificed one year's worth of salary cap cushion, which makes the risk in the deal basically nil.

The Sacramento Bee's Jason Jones tries to refute that analytic argument. It does not go well. 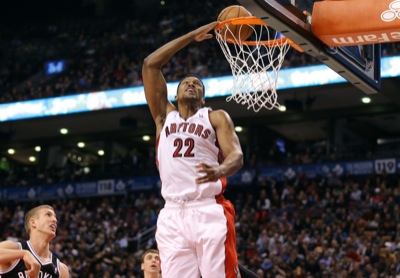 Jones mentions two advanced stats: usage rate and PER. He uses a definition of usage rate that I honestly haven't seen in ages (i.e. is not the NBA's version). He implements usage rate to show that, yes, Gay, Cousins and Thomas all have high usage rates. He uses PER to show that while Cousins and Thomas rank highly, Gay is outside the top 100. The funny thing is that many stats-inclined folks think PER overrates volume scorers like Gay. The fact that Rudy's PER is above league-average despite his horrendous shooting numbers would help that case.

So in Jones' effort to dismiss the analytic argument against Gay, Jones cites a stat that says nothing about quality (usage) and a stat that actually rates Gay better than other metrics might (PER). And nowhere in the piece does Jones so much as mention the actual analytic argument against Gay, that he's a horribly inefficient shooter. The only other stat Jones cites in this thoroughly confusing debunking of analytics is points per game. Not a single mention of even basic field goal percentage, let alone effective field goal percentage or True Shooting percentage. You know, the core stats in the argument against Gay.

But all of that is just a prelude to the real kicker here:

Yes, the Kings know the numbers. They just don't care about them. In some cases, numbers don't tell the whole story and they believe Gay's talent will trump all analytics.

In this final paragraph, Jones manages to make Kings management look inept in Jones' purported defense of its decision, trot out the most tired of anti-analytics clichés and finish off with a statement that makes absolutely no sense whatsoever. "Gay's talent will trump all analytics." It's like "analytics" is some skill that is in competition with "talent," not like the two are distinct attributes someone can have.

Analytics measure performance, which is a product of talent (among other things). Without talent, chances are your analytics will say that you stink. Gay has talent, yet the analytics largely say that he stinks. Logic says that either his talent is incompatible with good performance (totally unlikely, given his Memphis history) or that he's not leveraging his talent properly. Jones argues that because Gay has talent, the analytics are irrelevant.

The sad thing is that there are NBA GMs -- fewer, but they are still out there -- who would agree with Jones. Thank God that the GM Jones is trying to defend isn't one of them. I think.