A fight between two agents at winter meetings broke out, and only the dignity of those involved was harmed

By now you might have heard about the hysterically incompetent slapfight that broke out between two agents at the MLB Winter Meetings on Wednesday. It was easily the most eventful moment of a quiet week, narrowly edging out that acid-fueled press bacchanalia that I alone had the courage to microblog about, and it turns out that I might have seen more of it than anyone.

Yahoo's Jeff Passan got the fight rundown and was even able to obtain a grainy video of Happy and Slappy at a great distance:

While it remains unclear who the men were, context clues from two witnesses to the altercation indicated that the fracas, which featured at least one kick, a handful of wild haymakers and intervention from both a local sheriff and hotel security, happened after one player agent accused another of trying to poach a client. ...

There was lots of yelling and pushing, including the angrier man upping the ante significantly when he said, according to the witnesses, "I'm gonna burn your [expletive] house down!" One of the men, said the witness recording the video, seemed to be apologizing -- and then threw a punch to restart the fracas.

The witness account contains far more than what I saw in terms of violence, but it missed the lead-in, which I saw more or less by accident.

The Dolphin Resort's parking lot has a north-south orientation, with the valet lot to the south, a self-park lot facing the entrance and middle of the building, and an auxiliary self-park lot to the north. This last is where TV satellite trucks and most journalists staying offsite wound up parking. Its distance meant a leisurely stroll to the Dolphin main entrance, with full view of the northern conference room exits. 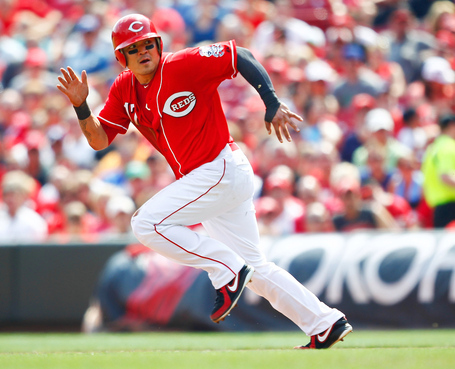 I was on my way from the very north end of this auxiliary lot when, up ahead, I saw a man in khaki slacks, dress shirt and tie burst out of the double doors of one of the northernmost conference room exits. Alone, this signified nothing. With agents, TV personalities, big-shot national journalists and twentysomething job seekers trying to psych themselves up for interviews, there was no shortage of grown men power-opening doors in pseudo-badass displays. After a while, you got the sense that all of them hoped they'd stride through the entrance preceding a flock of doves taking flight in slow motion.

Moments later, and fifteen paces behind the first man, another man in khaki/olive-ish slacks, white shirt and tie stalked out after him. "Oh, yeah!" he said, in a tone too arch to give off a Kool-Aid Man vibe. "Yeah!" the first guy said. One of the two of them looked like he might be a light-skinned Latino, but I don't remember which. It didn't seem important at the time and was less memorable than what they said later.

Again, this could have been two vendors from the Trade Show amping each other up. But then the first man started walking across the broad driveway, across the sidewalk, then down the landscaped berm that separated the elevated driveway from the self-park lot. There was no pathway there, but his pace suggested determination. Not only did he not seem alarmed, but they both went determinedly at the same pace -- some sped-up riff on Pepe Le Pew chasing Pepe Le Pew or a Monty Python sketch about two infirm grandmothers in a death race.

Upon the first man's reaching the self-park lot, the second man shouted, "OH, YOU'RE READY TO GO?" The first man, without breaking stride, threw both arms out at his sides and executed a 360º twirl while saying, "OH, I'M READY TO GO." By this point I'd moved south of both and was walking up a pathway toward the main entrances.

This is when it got weird. The first man stopped in his tracks and turned around, and the second man walked up to him and... I'm not even sure how to phrase this.

You know the University of Florida Gator Chomp?

You know the University of Florida Gator Chomp? Well, he sort of did that. He stuck his left arm out, palm upturned and rigid, and he started just slapping it with his right palm with almost Pete Townshend-esque levels of arm windmilling. Hard. If you'd told me this guy was the front half of a two-man horse costume and thought he was counting by clopping down his hooves, I would have believed you.

Then he screamed at the first man, "THIS IS HOW IT'S GONNA BE."

And, I mean, I don't know, but, like, the first guy looked at him and said, "NO, THIS IS HOW IT'S GONNA BE," and then started doing the exact same thing back at the second guy. What is the sound of two morons clapping?

This is how it's gonna be from now on. We're all just going to clap vertically. We're all going to look like assholes. Our hands are going to hurt for no reason. Then they started doing that huffy "I push you to step off, you push me to step off" thing over and over, while yelling unintelligibly. I was just about twenty paces away from the doors to the Dolphin, but I paused.

True to form, they started slapping at each other. That effete elbows-out, bent slapping, like two levers coming down -- two T-Rex's waving their useless little upper appendages at each other. W A T C H M E W I G G L E M Y B A B Y A R M S.

They've probably never been in a real fight in their lives.

So I turned to leave. I had my reasons. Invariably when these things break out between two upper middle class men, nothing happens. They have powerful incentives to huff and puff and find a polite fiction precluding their fighting. After all, they're wearing expensive clothes. They may have capped teeth. They may make money from their faces. They've probably never been in a real fight in their lives.

Besides, there were about four construction guys nearby. They'd been working on a pathway and the landscaping, but they stopped when they saw both men dissolve into fits of slapoplexy. I'd gotten my phone out a minute earlier, thinking maybe I should call 911 while running into the hotel if things got too dire, but they didn't look like they'd ever reach that point.

Besides, if it came to that, the construction guys had shovels.